Russia says Aleppo rebels will be 'eradicated' if they don't withdraw

Syrian forces have retaken two-thirds of eastern Aleppo, where rebel factions have vowed to fight to the end. A monitoring group has said rebels are fighting a "war of attrition" against Syrian forces. 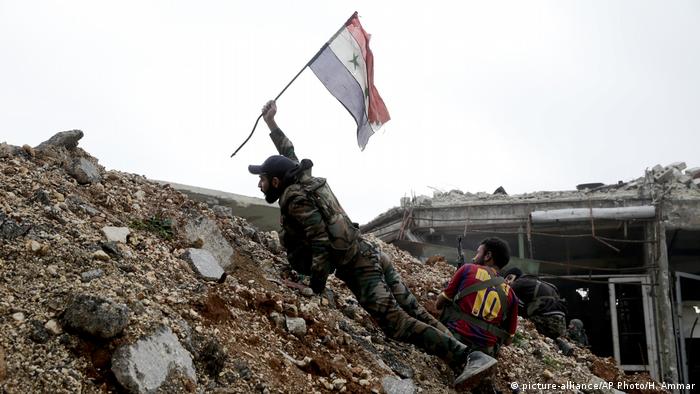 Embattled rebels holed up in eastern Aleppo will be "eradicated" unless they withdraw from their surrounded enclave, Russian Foreign Minister Sergei Lavrov said Tuesday, accusing the United States of backtracking on a bilateral meeting to discuss a voluntary pull out.

The United States and Russia were to meet on Tuesday or Wednesday to discuss the withdrawal of rebel forces from eastern Aleppo, but Lavrov said the meeting had been canceled after the Americans "changed their mind."

The United States put forward a new proposal that took "everything back to square one and looks like an attempt to gain time to let militants take a break and replenish their reserves," Lavrov said in comments carried by Russia's TASS news agency.

A mix of Western, Turkish and Gulf backed rebels and jihadist factions in eastern Aleppo have rebuffed calls to withdraw, vowing to fight to the end as the Russian-backed Syrian army - itself bolstered by Iraqi, Iranian and Lebanese Shiite militias - presses an offensive into the city.

Since launching the campaign in mid-November, Syrian government aligned forces have retaken about two-thirds of rebel-held areas, which have been in opposition hands since the city was divided in 2012.

The assault has prompted an international outcry over the fate of tens of thousands of civilians displaced in the fighting and those still in the shrinking rebel enclave. There have also been reports of rebels preventing civilians from fleeing, in effect using them as human shields.

On Monday, Russia and China vetoed a UN Security Council resolution calling for a seven-day ceasefire in the city to allow humanitarian access and create room for a possible negotiated withdrawal of rebel forces.

The Syrian government said on Tuesday that it would not consider a ceasefire unless it was part of an agreement for "all terrorists" to leave eastern Aleppo.

"Syria has confirmed that it will not leave its citizens in eastern Aleppo held hostage by terrorists and will make every effort to free them," Syria's Foreign Ministry said in comments carried by state-run SANA news agency.

The UK-based Syrian Observatory for Human Rights, a monitoring group, said that as Syrian forces move into the large residential district of Shaar on Tuesday the rebels would be faced with a "war of attrition" with stronger army.

Both Russia and Syria claim the rebels in eastern Aleppo are tied to jihadists, including the Front for the Conquest of the Levant, formerly al-Qaeda's al-Nusra Front, and the hardline Salafist group Ahrar al-Sham. 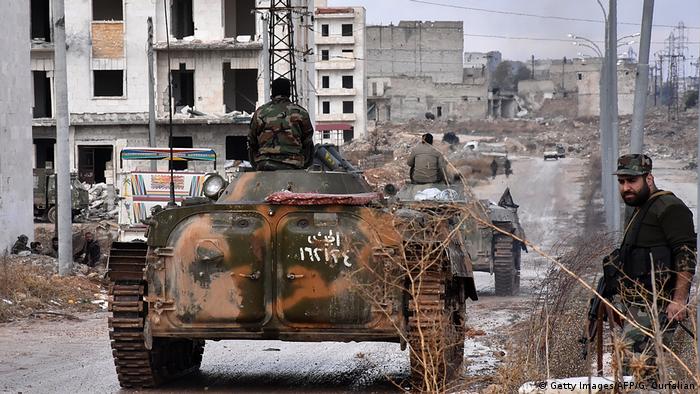 The fall of the Shaar neighborhood would leave Syrian regime forces in control of 70 percent of eastern Aleppo.

According to  a report by the Institute for the Study of War on opposition rebel groups published earlier this year, about three-quarters of the main "powerbroker" groups in Syria, a force of about 90,000 fighters, are composed of political Islamists and jihadists of various stripes.

The rapid Syrian government gains in Aleppo follow a siege on the eastern part of the city since it was surrounded in July, cutting off supply routes to both rebels and civilians. The Syrian government has on several occasions offered rebels and their families safe passage out of Aleppo, but the rebels refused.

The regime has negotiated a number of local deals with rebel factions around the country, offering safe passage out of besieged areas to rebel-held Idlib province and other areas in exchange for an end of sieges and a return of government control.

Rebel factions are hard pressed along multiple fronts, and a defeat in Aleppo, Syria's largest city and commercial hub before the war, would be a devastating blow to their bid to oust President Bashar al-Assad. Absent Aleppo, the armed opposition will increasingly be a rural yet still powerful insurgency.

German Foreign Minister Steinmeier has pledged a further 50 million euros in humanitarian aid to the besieged city of Aleppo. He also called on all parties to allow a ceasefire after visiting a refugee camp in Lebanon. (02.12.2016)