Russia races to clean up massive oil spill in Siberia

Over 21,000 tons of diesel were leaked into the Arctic Ocean as officials were slow to respond. The incident marks one of the largest oil spills in Russian history, and experts say the area will need years to recover. 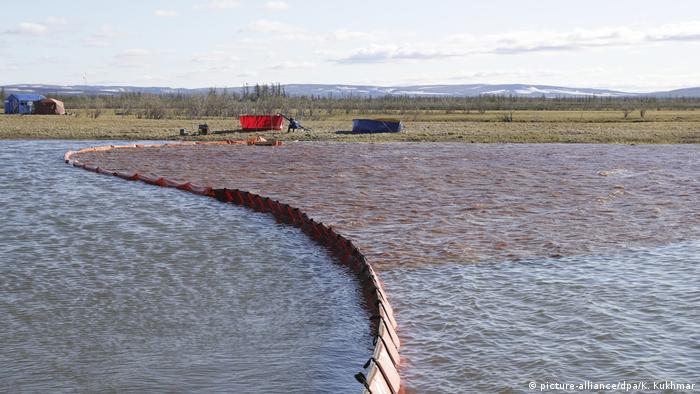 Russian officials are scrambling to clean up an oil spill in a region in northern Siberia, after an oil leak that began at the end of May was found to have released over 21,000 tons of diesel into the Arctic Ocean.

Russian President Vladimir Putin has declared a state of emergency in the region, which is now faced with one of the largest oil spills in Russian history.

Over 14,000 square meters were contaminated by the oil spill, while some progress has been made in cleaning the most-affected areas, Tass news agency reported. Experts said the affected area could take years to fully recover.

At the end of May, fuel leaked from the storage tank of a thermal power station near the industrial city of Norilsk, into the Siberian tundra. Most of the diesel ended up in the Ambarnaya River, which was turned red by the oil. However, there was no official response until days later.

Russian President Vladimir Putin spoke out against the incident, saying that he had only learned of the spill last Sunday. "Why did government agencies only find out about this two days after the fact?" he said. "Are we going to learn about emergency situations from social media?" 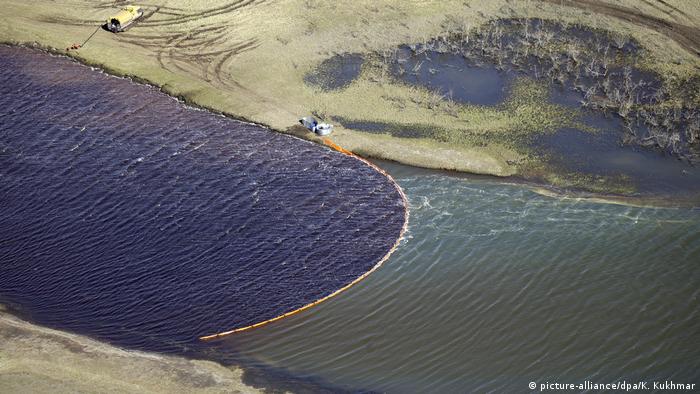 The cleanup will cost about €130 million, according to early estimates

The United States offered to help Russia clean up the spill.

"Saddened to hear about the fuel spill in Norilsk, Russia," Secretary of State Mike Pompeo wrote on Twitter. "Despite our disagreements, the United States stands ready to assist Russia to mitigate this environmental disaster and offer our technical expertise."

According to the initial probe of the leak, the oil tank in question was damaged due to above-average temperatures in Siberia, which eroded the soil, causing damage to the foundation and cracks in the tank.

Norilsk Nickel, the company that owns the plant, said in a statement that thawing permafrost had caused one of the tank's pillars to collapse.

"In times of global climate change, this problem is characteristic of the Arctic Zone," Greenpeace said, regarding the issue of structures in Siberia losing stability due to fluctuating temperatures.

Nornickel is owned by the wealthiest man in Russia, Vladimir Potanin, who is worth an estimated $25 billion (€22 billion). Potanin has pledged to pay for the cleanup, which he estimated will cost at least €130 million, according to Germany's Der Spiegel news magazine. The Russian Investigative Committee has also arrested and opened a criminal inquiry into the plant's manager, Vyacheslav Starostin.

Oil spills are not unheard of in Siberia. In 1994, a ruptured pipeline spilled over two million barrels of hot oil, soaking the permafrost in the Komi region of the Russian Arctic.

The Galapagos Islands' delicate ecosystem was saved from the effects of an oil spill after a barge sank on Sunday. But authorities are 'very concerned' about the vessel's recovery. (24.12.2019)

Brazil's navy is hoping to intercept the heavy crude before it reaches a marine nature preserve. The country's state-run oil firm Petrobras has said the oil came from Venezuela. (30.10.2019)

Brazilian authorities said a Greek ship is suspected of spilling oil that has devastated the northeast coast. Prosecutors said there is "no indication of another boat" discharging the Venezuelan crude. (01.11.2019)