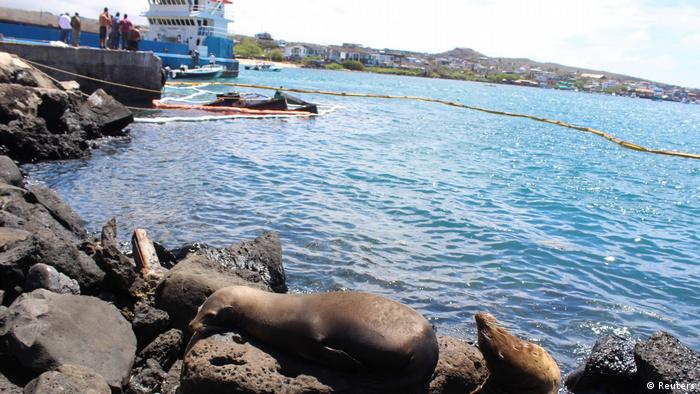 Swift clean-up efforts saved the unique wildlife of the Galapagos Islands from damage after a barge carrying 2,500 liters (660 gallons) of oil sank in a port on Sunday, Ecuadorian Environment Minister Raul Ledesma confirmed.

"Not a single species has been affected by the spill in San Cristobal," the easternmost island in the archipelago, he said.

The island chain, located around 1,000 kilometers (620 miles) off the coast of Ecuador, is home to an array of unique wildlife that includes giant tortoises, sea lions, and a large variety of birds and reptiles. Naturalist Charles Darwin famously developed the theory of evolution following a visit to the islands in 1835.

Ledesma said veterinarians were on-site testing animals for possible side effects. Several sea iguanas and two sea lions had been given a clean bill of health.

Ecuador's navy and authorities at Galapagos National Park enacted emergency measures on Sunday after a crane collapsed while loading a container holding an electric generator onto an oil barge.

The fall destabilized the vessel, causing it to sink, along with the generator and the crane. One person was injured in the accident.

Navy and park personnel set up barriers and hydrocarbon-absorbing cloths around the sunken barge and were able to largely contain and clean up the spill. Ledesma credited their prompt response with preventing "greater misfortune." 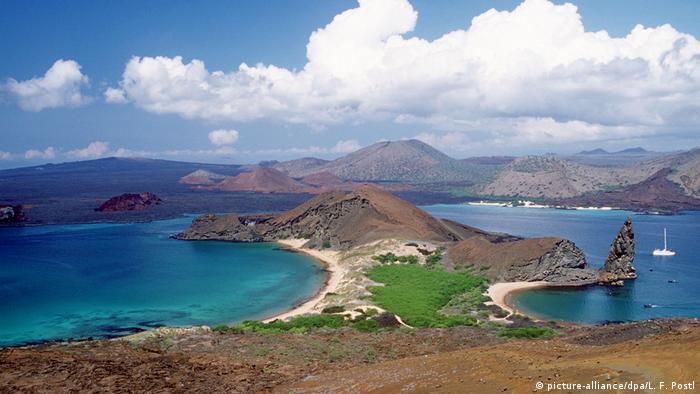 "During the night, almost the entire contaminated area was cleaned up," he said Monday. "This morning, there was only a small oil patch that we hope to eliminate in the next few hours."

The minister clarified that the barge was transporting fuel for its own operations and that the leaking oil was from the machine inside the container.

Oil tanks still to be recovered

While the authorities characterized the situation as "under control" on Sunday afternoon, the environment minister says there is still cause for concern.

"We are very concerned about the recovery work of the tanks because there could be a potential spill if it is not done efficiently and swiftly," Ledesma said.

The Galapagos Islands are a UNESCO World Heritage Site and home to one of the most delicate ecosystems in the world. Population growth, overfishing and tourism earned the islands an "at-risk" label in 2007, though it was rescinded in 2010 following conservation efforts from Ecuador.

Ecuador's attorney general's office is investigating the cause of the accident.

"This fuel spill could have caused serious effects on the sensitive ecosystem of this protected area," the attorney general said.