Opposition organizers have said 150 raids were carried out by over 1,000 police officers. The raids were decried as an "act of intimidation" meant to hinder the work of Kremlin critics. 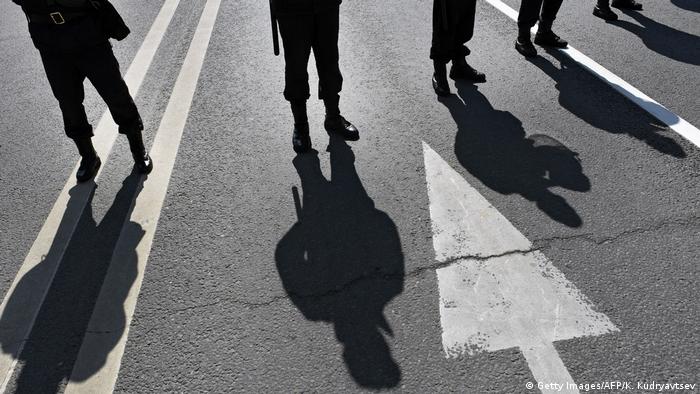 Russian police raided dozens of offices and homes on Thursday, all of which were tied to the opposition activists behind mass protests this summer and prominent Kremlin critic Alexei Navalny.

The raids came just four days after allies of President Vladimir Putin suffered major losses in local elections, particularly in Moscow. Navalny and many other opposition politicians had been barred from running, but he proposed his supporters vote strategically to reduce the number of Kremlin-backed lawmakers in the Moscow city parliament, a strategy that appears to have worked.

"This is not only offices and apartments of coordinators but also the homes of employees and volunteers," said Leonid Volkov, a close aide of Navalny's.

"The overall number of searches is over 150 and no less than 1,000 Russian law enforcement employees were involved," Volkov wrote on Twitter.

Navalny's spokeswoman Kira Yarmysh called the raids "an act of intimidation…to confiscate our material and paralyze our work."

On top of barring some members of the opposition from contesting the elections, Russian officials have also launched a criminal probe into Navalny's Foundation for Fighting Corruption (FBK), accusing the group of money laundering.

Navalny, who has achieved fame criticizing Putin on social media and the streets, has repeatedly been the target of what are believed to be politically motivated criminal investigations. The European Court of Human Rights has called his convictions for financial crimes "arbitrary and unfair."

Police in Moscow arrested more than a thousand people as they gathered to demand fair local elections after opposition candidates were blocked. Opposition leader Alexei Navalny was arrested last week. (27.07.2019)

Jailed Russian opposition leader Alexei Navalny has filed an official complaint saying he was poisoned while in jail on Sunday. Five people have been detained for organizing last weekend's protests in Moscow. (02.08.2019)