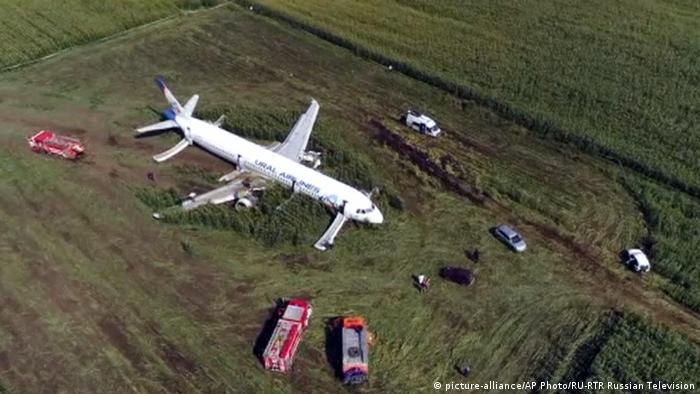 A passenger plane was forced to make an emergency landing on Thursday after colliding with a flock of birds shortly after taking off from Moscow's Zhukovsky Airport.

The Ural Airlines flight was en route to Simferopol in Crimea when a flock of gulls hit both engines on the Airbus A321, causing them to malfunction, the Rosaviatsia air transport agency said in a statement.

The pilots managed to land the plane in a cornfield around 1 kilometer away from the runway. The jet was carrying 226 passengers and a crew of seven, all of whom were able to be evacuated using inflatable ramps.

At least 23 people were injured and have been taken to the hospital, Russian health authorities said. The majority of them have since been released. 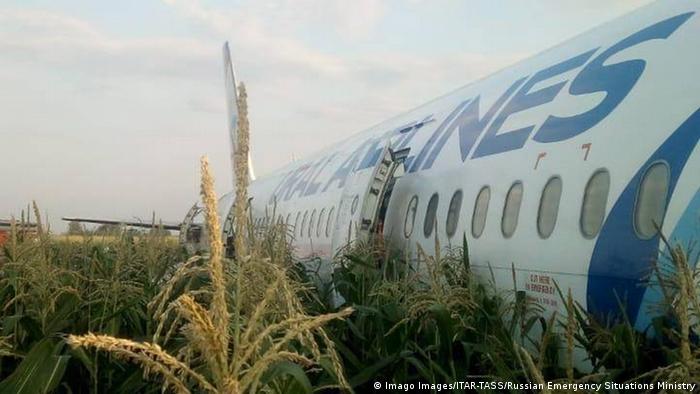 'The pilot is a genius'

Passengers and Russian officials have hailed the pilots and crew as heroes for their quick response, saying it likely saved the lives of those on board.

Ural Airlines praised the captain of the plane, 41-year-old Damir Yusupov, saying he has over 3,000 hours of flying experience.

"Everyone is alive! The pilot is a genius," a passenger identified as Olga told tabloid Komsomolskaya Pravda. She added that applause broke out following the landing.

Russia's investigative committee said it has opened an investigation into the incident. Aviation experts have raised safety concerns about the growing number of birds gathering at illegal dumping sites near Moscow's airports.

In May, 41 people died after an Aeroflot jet crash-landed and burst into flames at Moscow's Sheremetyevo Airport.

The Myanmar National Airlines pilot landed the passenger jet using only its rear wheels. He was forced to make the precarious landing after an emergency procedure failed. (12.05.2019)