Why do airplanes stall and why is it so dangerous?

Again and again airplanes crash because of a sudden stall. When sensors provide incorrect data on the angle of attack and speed, pilots or computers make the wrong decisions.

In principle, commercial aircraft do not just crash, even at low speeds. They are designed in such a way that they already have lift  even at speeds of only 280 kilometres per hour. The lift is caused by the special shape of the wings. The wing deflects the air downwards and thus generates its own lift upwards.

This works well as long as the air flows cleanly to the rear at the surface of the wing. In the rear wing area, a larger air volume is created and thus a negative pressure, which virtually pulls the wing upwards.

But this only works if the wing is at the correct angle of attack to the surrounding air. If the angle becomes too steep (more than about 15 degrees), the streamlines at the rear end of the wing will separate from the wing's surface. Vortices are created. This is already a first warning sign.

It gets even worse if the pilot doesn't intervene. He needs to push down the nose of the airplane to reduce the angle of attack. In this way he avoids the vortices and can ensure lift. If he does not do this and the aircraft gets steeper and steeper in the air, a dangerous stall occurs, starting roughly at an angle of attack of 18-20 degrees. This means that the air above the entire wing begins swirling.

The wing loses lift and thus its entire function. The airplane tilts forward and passes into the fall. When the plane is flying in curves, the stall can also occur only on one wing. The airplane then starts to spin and falls down like a stone. Only at very high altitudes can experienced pilots succeed in regaining control over such a falling plane.

Especially when climbing, such situations almost always end in a crash. Commercial aircraft are most frequently involved in accidents at this phase of the flight. The slower an aircraft flies, the higher the angle of attack must be in order for the aircraft to have enough lift. If it does not reach the necessary stallspeed, the stall occurs.

Shortly after take-off, an aircraft needs considerable thrust in order to simultaneously increase its speed and gain altitude. If the thrust decreases during climb, this inevitably leads to a considerable loss of speed.

Which sensor should the pilot rely on?

In any case, it is important that the pilots know their speed and the angle of attack of the wings. If the sensor that dispalys this data is defective, the pilots must switch to a backup sensor. However, they must also be able to recognize which of the two sensors is wrong. If they now rely on the defective sensor, this quickly leads to disaster. 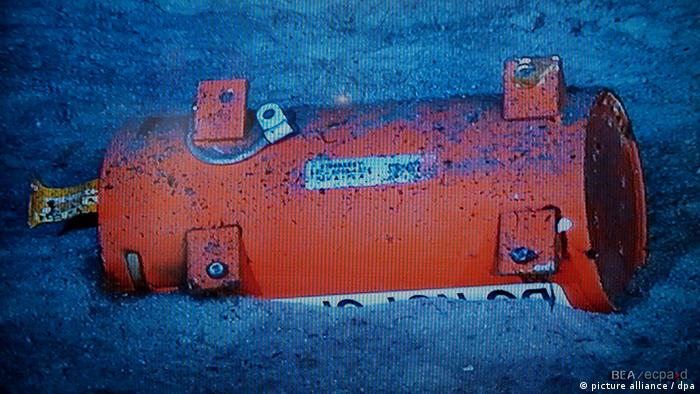 The black box of Air France Flight 447 was found at the bottom of the Atlantic Ocean.

In three flight accidents in recent decades, a faulty speed measurement with a so-called Pitot tube was the cause of the crash: Birgenair flight 301 crashed in 1996 during the climb in the Dominican Republic. Dust had probably accumulated in the speed measuring tube. A very similar cause was found in the crash of Aeroperu flight 603 in the same year. Only the tube was not dirty there, but taped up as a precaution. The problem was, nobody had removed the tapes before the start.

In both cases the Pitot tube signaled to the pilots a speed that was much too high. In the case of the Birgenair flight, the pilot tried to counteract this by pulling up the nose of the aircraft - a devastating mistake. The pilot ignored the correct data from a second sensor and a warning signal about the impending stall because he was probably confused and overwhelmed by the wrong speed information. 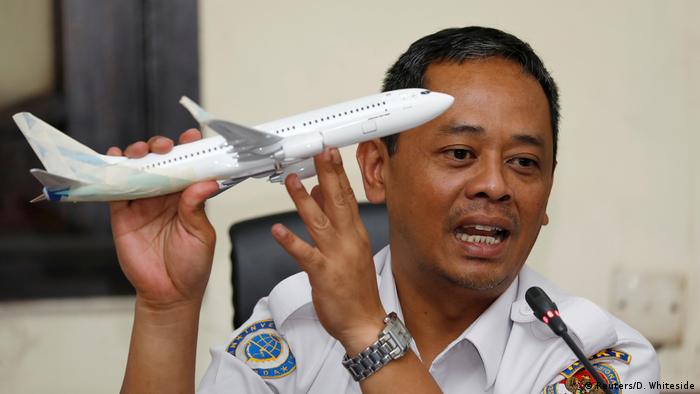 Indonesia's chief investigator Nurcahyo Utomo explains the events, that led to the Lion Air crash in 2018.

During the Aeroperu flight, the crew was able to initiate a landing manoeuvre. During the landing attempt it stalled and then crashed.

During Air France flight 447 in 2009 the Pitot tube probably iced up. However, here the aircraft was already at cruising altitude. When the autopilot then switched off, the pilots were probably distracted by an abrupt tilting of the aircraft and tried to bring the jet back under control by pulling the plane up too steeply. So they also caused a stall, which led to a crash over the Atlantic.

Are robots really the solution?

Aircraft manufacturers are trying to deal with the known danger in two ways: On the one hand, pilots are specifically trained to cope with erroneous measurement data from sensors and to interpret them correctly despite confusion and possible panic.

On the other hand, the technology should improve and also intervene when stressed pilots make the wrong decisions. Boeing has introduced a "Maneuvering Characteristics Augmentation System" (MCAS) for the 737 Max models, which can detect critical flight situations and intervene in the event of an imminent stall, but only when the autopilot is switched off. This can be the case, for example, shortly after take-off during ascent, but also when sensors provide unreliable measurement data - as was the case with the Air France flight.

However, the MCAS system is associated with the crash of Lion Air Flight 610 in October 2018. Here it was apparently not the Pitot tubes that were faulty, but the sensors that determine the angle of attack of the wings. The two sensors deviated from each other by up to 20 degrees. This accident also occurred shortly after take-off during the critical climb phase.

Although the investigation has not yet been completed, there are some indications that the MCAS tried again and again to initiate a descent before the crash, while the pilot tried 26 times to raise the nose of the aircraft again.

Also in the crash of Ethiopian Airlines flight 302 on March 10, 2019, there is at least an indication of a connection to the MCAS system. The flight monitoring service "Flightradar 24" registers an "unstable vertical speed". This could mean that pilots and robots may have worked against each other. But there will be clarity at the earliest when the flight recorders have been found and evaluated.

France's national carrier and Europe's top aircraft maker are to stand trial over the 2009 crash of a flight from Rio de Janeiro to Paris that killed all 228 people on board.