Boeing's new passenger aircraft has crashed twice within the space of a few months, raising a number of safety questions. So far, the 737 has been the backbone of many fleets globally. 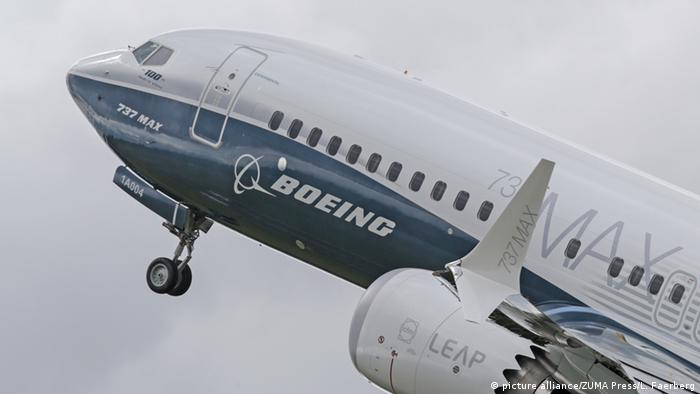 For two years now, the Anglo-German travel company TUI has been making preparations for the arrival of Boeing's 737 MAX flagship plane. The first plane was due to be moved to Germany from Seattle this week. But now a massive debate about the safety of this aircraft is in full swing following the crash of a brand-new 737 MAX in Ethiopia on Sunday.

It's the second crash involving that particular model, following the Lion Air crash of October 2018, in which 189 people were killed.

The model has now come under intense scrutiny, so how does it differ from other 737 models, the best-sold aircraft in the world?

At the beginning of this decade, Boeing faced a dilemma. Airlines around the world were looking for a low-fuel, modern plane for short and medium-haul distances. The US company only had its regular 737 on offer, a particularly suitable plane for journeys lasting a couple of hours. That had been the case for about 50 years.

Lufthansa started using it for its routes in February 1968, with the plane offering room for some 100 passengers. Boeing was leading the pack in this segment long before Airbus marketed its A320. By 2019, Boeing had sold almost 10,500 of its 737s, the most widely spread plane of the jet era.

It had developed a large number of modernized and improved versions over the years, but some 10 years ago, the company realized it had to come up with something different after rival European rival Airbus gained the upper hand in terms of global sales with its A320neo. Boeing found itself under enormous pressure to keep up. 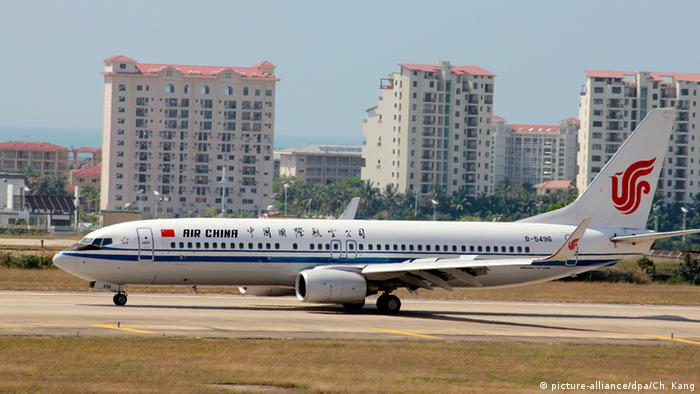 And that was its problem. Unlike the A320, which was able to accommodate larger engines under its wings, the Boeing 737 didn't lend itself easily to the same thing, as its wings were a lot closer to the ground.

Many airlines had requested a completely new short-haul aircraft, but Airbus and Boeing shied away from the two-digit-billion-dollar investment required, knowing the money would most likely not pay off. Also, the two companies were channeling their resources into the development of their A350 and 787 long-haul planes. Boeing was thus forced to make compromises and overhaul its old 737 model instead of developing an entirely new one.

To make the LEAP engines fit under the wings, the nose landing gear had to be extended to ensure enough distance to the ground. On top of that, the new engines had to be mounted further apart from the outboard wing assembly, and that changed the plane's aerodynamics.

This in turn causes the plane to lift its nose, which triggers a compressor stall in the worst case scenario, which in turn can lead to a crash.

But Boeing failed to comprehensively communicate this system to pilots and encorporate it into regular training programs. This is why the pilots of the 2018 Lion Air flight fought a battle for several minutes trying manually to get the plane to gain altitude, as it kept lowering its nose position by mistake.

The subsequent crash was devastating. Pilot associations heavily criticized Boeing for its insufficient communication. Investigations into the cause of the crash are ongoing.

It's unclear yet whether Sunday's crash was caused by a similar or some other technical issue to do with the 737 MAX's characteristics. Be that as it may, the second crash of a 737 MAX 8 is a severe blow for Boeing and its biggest safety crisis since the grounding of the 787 six years ago.

The US plane maker has meanwhile canceled the planned inauguration of its 777X long-haul aircraft. Globally, some 350 737 MAX 8 planes are in operation right now, the biggest operator being Southwest Airlines in the US. Norwegian, TUI and Turkish Airlines are Europe's largest operators of that model.

Another 5,110 such planes have already been ordered.

Authorities say they have found the rear passenger cabin flight recorder, days after unearthing the cockpit voice recorder. Both can help determine the cause of the tragedy that left 132 people dead.