An Ethiopian Airlines plane en route to Nairobi crashed shortly after takeoff, with the airline confirming that there were no survivors. The pilot had reported difficulties and asked for permission to turn back. 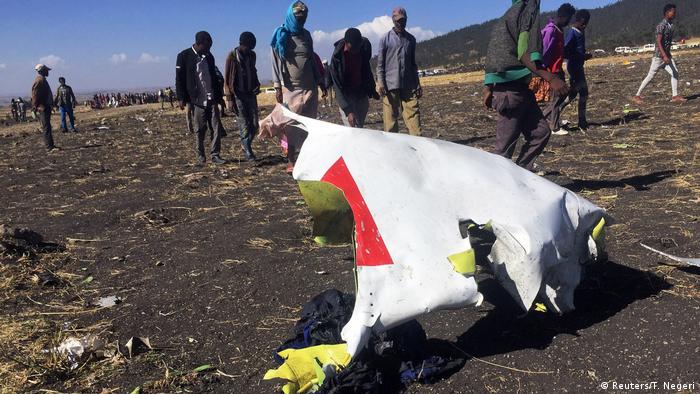 An Ethiopian Airlines Boeing 737 crashed on Sunday, shortly after taking off from Addis Ababa, killing all eight crew members and 149 passengers on board the Nairobi-bound flight.

Flight ET 302 came down near the town of Bishoftu, or Debre Zeit, about 50 kilometers (31 miles) south of Addis Ababa, just minutes after taking off at 8:38 a.m. local time, the airline said in a statement.

An eyewitness told the AFP news agency that the aircraft was on fire before it hit the ground.

People from 35 countries were on board the flight, the airline said in a statement posted on Twitter. The airline has said that among the dead are 32 Kenyans, 18 Canadians and nine Ethiopians, as well as eight passengers each from the United States, China and Italy.

There were also eight passengers from France, seven from the United Kingdom, six from Egypt, five each from Germany and the Netherlands and four each from India and Slovakia.

The United Nations said some 19 people on the flight were affiliated with the UN.

A statement by the Ethiopian Prime Minister's Office expressed its "deepest condolences" to families of the victims and declared a national day of mourning on Monday.

German Foreign Minister Heiko Maas also said his "thoughts are with the families and relatives of the victims." The Foreign Office said it assumed German nationals were among the victims and was in close contact with the airline and Ethiopian authorities. 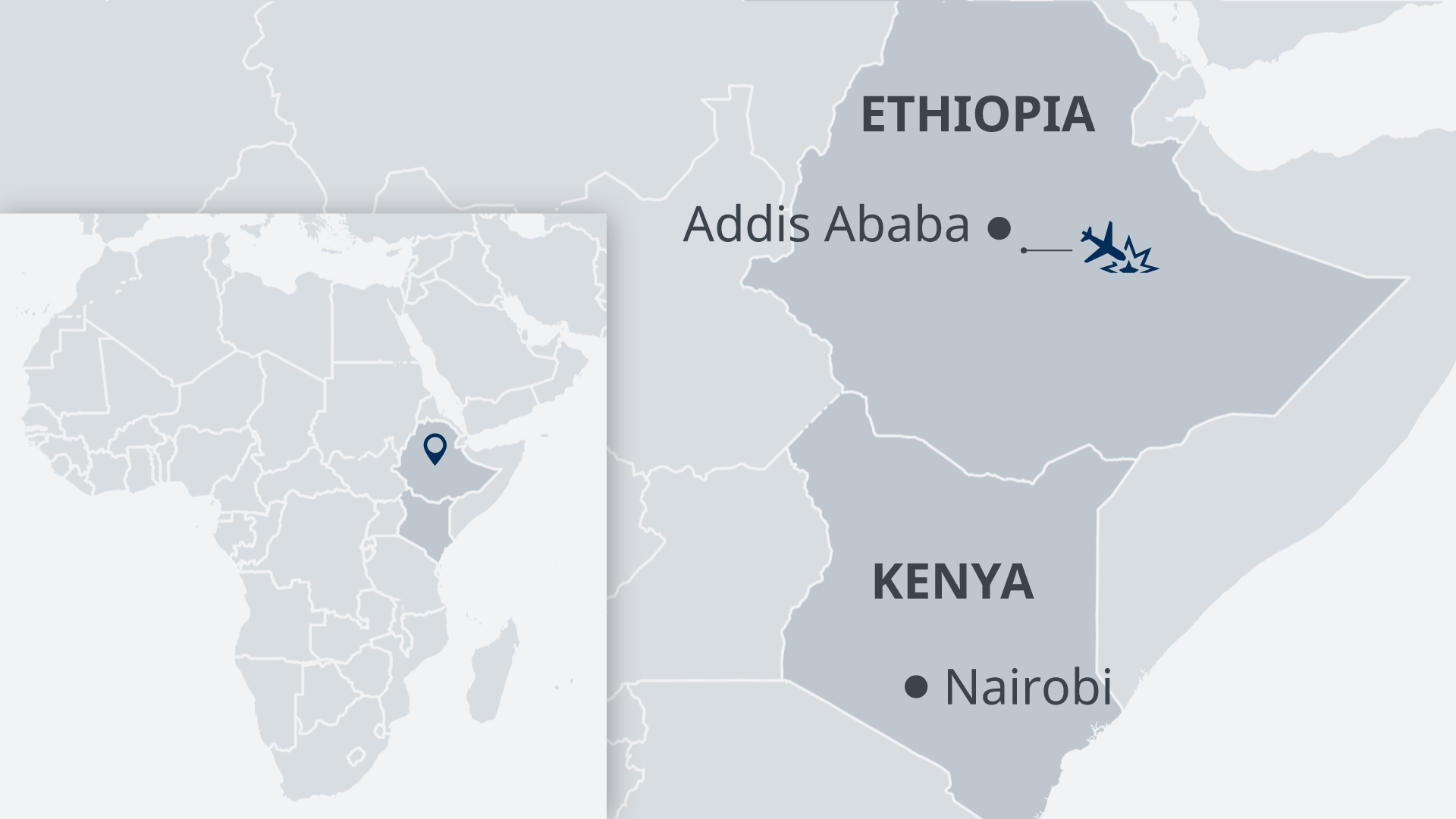 Flight ET 302 took off from Addis Ababa at 8:38 a.m. local time, before losing contact with the control tower just a few minutes later at 8:44 a.m.

Ethiopian Airlines' CEO, Tewolde Gebremariam, said the plane, which was delivered just last year, "had no known technical problems." The airline added that the pilot had over 8,000 cumulative flight hours.

Tewolde, who traveled to the scene of the accident, said the pilot of the crashed plane had reported difficulties and asked for permission to turn back.

"It is too early to speculate the cause of the accident," the CEO said in a statement published by the airline, adding that the accident will be investigated with Boeing, the Ethiopian Civil Aviation Authority and other international entities.

The Boeing 737 MAX 8 is the same type of plane as the Indonesian Lion Air jet that crashed last October, 13 minutes after taking off from Jakarta, killing 189 people.

The plane involved in Sunday's deadly crash was one of 30 Boeing 737 jets that Ethiopian Airlines recently purchased. The airline said Monday that it would ground its fleet of 737 MAX 8s as a safety precaution.

US aerospace giant Boeing said in a statement it was "deeply saddened" about the deadly crash and would provide assistance to find out why its aircraft came down.

"Whatever the cause of the crash, it could deliver a blow to the economic reform agenda of the new prime minister, Abiy Ahmed, who shortly after taking office in April 2018 announced opening Ethiopian Airlines to foreign investors," said Ludger Schadomsky, head of DW's Amharic service.

The last major accident involving an Ethiopian Airlines plane occurred when a Boeing 737-800 crashed shortly after taking off from Lebanon in 2010, killing 83 passengers and seven crew members.

The Ethiopian state-owned airline — widely considered the best-managed airline in Africa — calls itself Africa's largest carrier and has ambitions of becoming the gateway to the continent. It recently opened a route to Moscow and in January inaugurated a new passenger terminal in Addis Ababa to triple capacity as part of an ambitious expansion.

Lion Air crash: Does Indonesia have an air safety problem?

The mysterious crash of a brand new Boeing aircraft in Indonesia has drawn attention to the country's poor air safety record. However, experts are warning against drawing speculative conclusions. (02.11.2018)

Teams are racing to recover data recorders from Lion Air flight JT610 to determine why the brand-new Boeing crashed minutes after takeoff. Reports have emerged that there were problems with the jet's previous flight. (30.10.2018)

After days of searching, divers have recovered a flight recorder from a Lion Air jet that crashed in Indonesia this week. Investigators hope the device will reveal why the Boeing 737 MAX 8 plane plunged into the sea. (01.11.2018)

Bernie Sanders meme to raise money for charity 0m ago