The US Federal Aviation Administration has ordered Boeing to make changes to its 737 Max 8. However, it said the new airliner was still safe to fly in the United States. 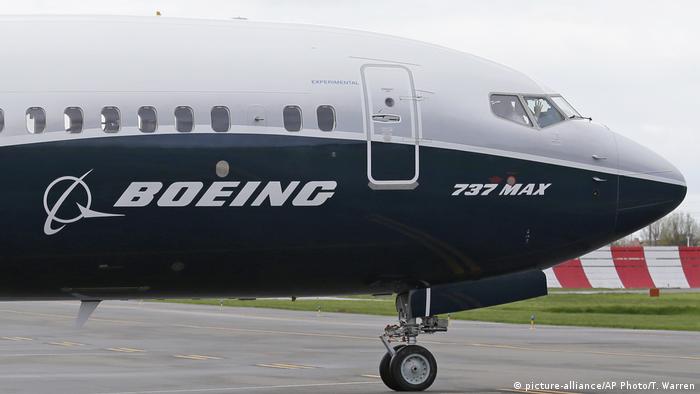 US federal aviation authorities on Monday said they will order Boeing to make improvements to its 737 Max 8 following two deadly crashes in the past five months involving the new airliner, but did not ground the jet.

It also said that Boeing will update training requirements and flight crew manuals.

However, it did not order the grounding the 737 Max 8 jets in the United States.

"If we identify an issue that affects safety, the FAA will take immediate and appropriate action," it said in a statement.

Hours later, Boeing said it would upgrade the software on all 737 MAX 8 aircraft in the next few weeks.

The announcement came after Ethiopia, China, Indonesia and several other countries grounded their 737 Max 8 as a safety precaution in response to an Ethiopian Airlines Boeing 737 MAX 8 crash on Sunday that killed all 157 people on board.

On Monday, investigators recovered two black box recorders that they hope will help reveal why the Ethiopian Airlines jet crashed into the ground moments after take off.

The disaster came months after the same model of jet belonging to Indonesia's Lion Air crashed in October, killing all 189 passengers and crew.

Boeing said it was still confident in the safety in the MAX series.

The airline manufacturer's shares fell by 5 percent on Monday trading, wiping some $12.7 billion (€11.3 billion) off the company's market value.

Boeing's new passenger aircraft has crashed twice within the space of a few months, raising a number of safety questions. So far, the 737 has been the backbone of many fleets globally. (11.03.2019)