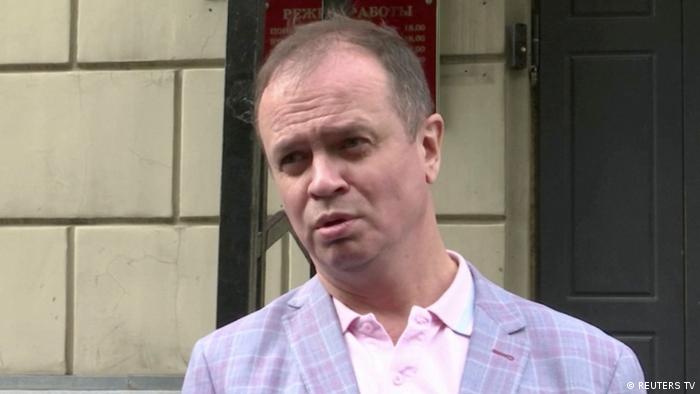 Ivan Pavlov, one of the lawyer's representing Navalny's campaign groups, was detained in a Moscow hotel room

"Ivan Pavlov has been detained, searches are underway. The FSB (Federal Security Service) is working," Evgeny Smirnov, a lawyer from Pavlov's team, said on Facebook.

The TASS news agency said Pavlov, who is based in St. Petersburg, was detained in a Moscow hotel.

Who is the lawyer defending?

Pavlov specializes in defending individuals and groups who have been accused of crimes against state security, including espionage and treason.

Citing Pavlov's organization, Russia's Interfax news agency reported that the lawyer had been due to appear in court on Friday in the case of former journalist Ivan Safronov.

Safronov began working at Russia's space agency last May. He is accused of passing military secrets to the Czech Republic in 2017 — charges he denies. A court on Friday ordered he remain in custody until July 7.

On Thursday, the lawyer represented Navalny's FBK in a Moscow court hearing behind closed doors. The court is considering a request from the Moscow prosecutor to declare the group an extremist organization.

It wasn't immediately clear which case Pavlov's detention was connected to.

Earlier this week, the court ordered Navalny's network of campaign groups to freeze their activities . That was ahead of a final decision that came through on Friday to ban them as "extremist."

The Facebook post announcing Pavlov's arrest said he was accused of disclosing classified information relating to an ongoing investigation. According to Pavlov's legal team, that offense is punishable by up to three months in jail.

In a separate case on Thursday, jailed opposition figure Navalny appeared in court for the first time since ending a three-week hunger strike. The appeal hearing was connected with a defamation sentence he received in February.

The 44-year-old is currently serving a 2 1/2-year prison sentence for violating parole requirements related to an earlier suspended sentence over 2014 embezzlement charges. He says the charges were politically motivated.

If Navalny perseveres with his hunger strike he will die, doctors have warned. Meanwhile, the opposition leader has been brought up to speed with the protests across Russia, which have filled him with "hope."