Groups linked to Alexei Navalny's anti-corruption campaign have been banned from carrying out vital activities. Prosecutors are attempting to classify the network as "extremist."

A Russian court ordered on Monday that all regional Anti-Corruption Foundation campaign groups, linked to jailed Kremlin critic Alexei Navalny, cease their activities, a lawyer for the group said.

The court decision follows a request by prosecutors to label Navalny's network of groups as "extremist."

The Moscow City Court confirmed that the activities of the regional network were suspended. However, it said a final court ruling on whether to definitively class the group as extremist was still due.

Germany has condemned the move to suspend the foundation's activities.

Chancellor Angela Merkel's spokesman Steffen Seibert said "using the instruments of fighting terror against politically undesirable opinions is in no way compatible with the principles of the rule of law." 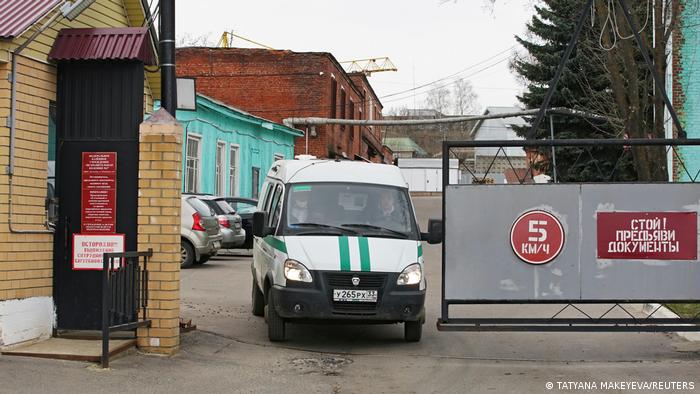 Navalny, one of Russian President Vladimir Putin's most outspoken critics, is currently being held at a prison camp northeast of Moscow.

Navalny was arrested in January upon his return from Germany, where he had been convalescing for five months after being poisoned by a nerve agent. He blames the poisoning on the Kremlin, but government officials have denied responsibility.

He was sentenced to imprisonment at the penal camp in early February for violating parole requirements related to an earlier suspended sentence over 2014 embezzlement charges. He could not meet the terms of the sentence, under which he was meant to show up for regular appointments with the Russian prison service, because of his stay in Germany.

He says the embezzlement charges were politically motivated.

The opposition politician ended a three-week hunger strike last week after doctors warned him that continuing it would be life-threatening.

Why could the foundation be designated 'extremist'?

Prosecutors on Friday said the foundation was "engaged in creating conditions for the destabilization of the social and sociopolitical situation."

They accused the network of attempting to change "the foundations of the constitutional order" and called its activities "undesirable."

There are currently 33 organizations listed as being extremist in Russia. They include "Islamic State," al-Qaida and the Jehovah's Witnesses.

Their activities are banned in Russia and participation in them can result in long prison terms.

Maas: Navalny shouldn't be in prison at all