China and Russia's leaders opened the giant "Power of Siberia" pipeline project on Monday. The 3,000-kilometer pipeline has been hailed as a sign of the close friendship between two of the world's superpowers. 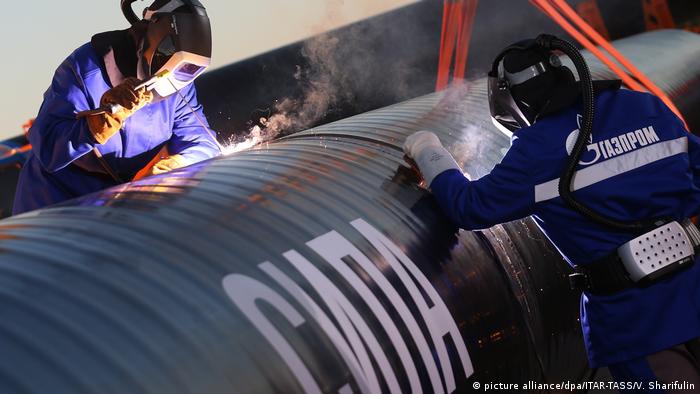 Chinese leader Xi Jinping and Russian counterpart Vladimir Putin launched a giant cross-border natural gas pipeline project on Monday, with both leaders touting the project as a symbol of friendship between the two powers.

The "Power of Siberia" project will see a gas pipeline stretching from the Chayandinskoye and Kovyktinskoye fields in Russia's east over more than 3,000 kilometers (1,864 miles) to Liaoning in northeastern China.

The project, which Putin has called "the world's biggest construction project," is set to last 30 years and pump $400 billion (€363 billion) into Russia's economy.

It should export 38 billion cubic meters of gas annually when fully operational in 2025, according to a statement released by the Kremlin.

Russian company Gazprom secured the contract in 2014 following an agreement between Russia and China.

The agreement came as Russia faced sanctions from the EU and US after it annexed the Crimean peninsula during the same year. It is part of Russia's plan to boost trade with countries like China and Turkey, as relations with the West continue to deteriorate.

The company is also building the Nord Stream 2 gas pipeline, which is set to double Russian gas output across the Baltic to Europe. 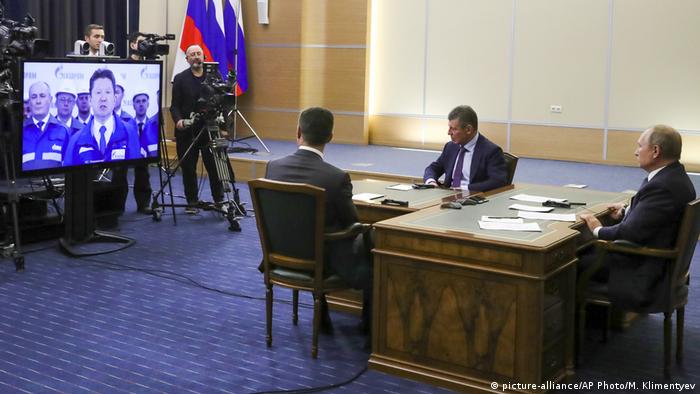 Both China and Russia's leaders watched the event via video link

Pipeline as a symbol of friendship

Xi and Putin, who both attended the opening ceremony via video link, spoke of the project as a symbol of growing cooperation between the two nations.

"This step takes Russo-Chinese strategic cooperation in energy to a qualitative new level and brings us closer to fulfilling the task, set together with Chinese leader Xi Jinping, of taking bilateral trade to $200 billion (€181 billion) by 2024," said Putin.

Putin added that it was "a genuinely historical event."

Xi told Putin via video link that "China-Russia relations are entering a new era" and that the pipeline was an "example of deep integration and mutually beneficial cooperation."

When the pipeline hits full capacity it could make China the second-largest gas customer after Germany, which bought 58.5 billion cubic meters of gas from Russia in 2018.

China was the world's fifth largest importer of natural gas in 2016, according to CIA statistics.

Relations between Moscow and the EU have hit their lowest level in decades. But feedstock industry expert Fares Kilzie says the bloc's current energy diversification attempts will not leave Russian firms stranded. (05.04.2019)

The oil pollution that has halted flows via the Druzhba ("Friendship") pipeline was deliberate, according to the Kremlin. But who might want to pull such a dirty trick? DW's Jo Harper has asked around. (21.05.2019)

When Poland turned the taps off on contaminated Russian oil this week, fears of price hikes were felt in Germany and Poland. But for Belarus, the issue could have deeper ramifications in its relations with Moscow. (26.04.2019)