Rude awakening for Croatia after EU accession | Europe| News and current affairs from around the continent | DW | 15.04.2014

Nine months after joining the European Union, the mood in Croatia is one of crisis. The already low expectations of EU membership have so far not been met. Meanwhile, the political right is playing its own game. 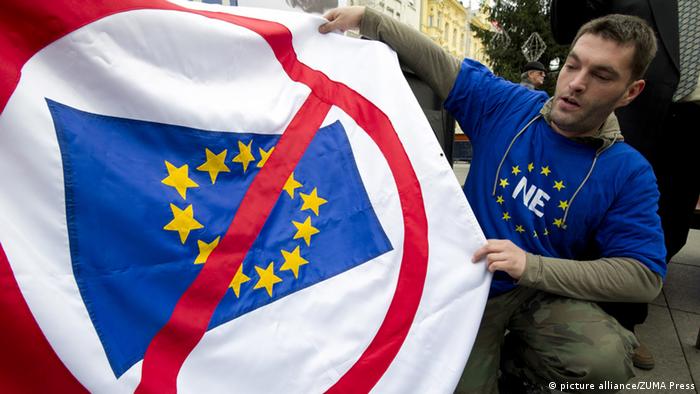 In terms of how it influenced daily life in Croatia, the country's EU accession on July 1 last year was not such a big step. Even before it became the 28th member state, citizens enjoyed the right to travel freely and the euro, alongside the stable Croatian kuna, has been an accepted means of payment for years.

EU accession was, however, full of significance. It aligned Croatia with its neighbor Slovenia, seen as the most advanced republic of the former Yugoslavia, and simultaneously marked a victory over Serbia, against which Croatia waged a war in the early 1990s. In the minds of many Croats, joining the bloc confirmed that their war was a just one and that they belonged to the "civilized West," a view long held by the late Croatian President Franjo Tudjman.

From apathy to depression

The Croatian people had no high expectations when it came to EU accession, political analyst Zarko Puhovski told DW. But, he stressed, even these low expectations have not been met. 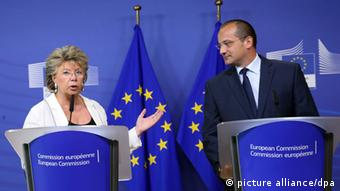 "Next to Sweden, Croatia is the only country which is worse off after accession, not only economically but in every respect," said Puhovski. However, he said it wasn't the fault of the European Union. Rather, an attitude of apathy and depression toward politics at all levels, including the EU, is to blame.

"It's not the typical nationalistic attitude, in which more trust is placed in the country than the EU, but the belief that neither side is able to help and improve the situation in Croatia."

Should the country's economic situation improve and Croatia overcome the years of crisis, its attitude to the EU would improve, said Puhovski.

Croatian businesses had very different expectations of the EU single market and the opportunities associated with it. Those companies which concentrated on Croatia's domestic market before EU accession have shown little enthusiasm, said Damir Novotny, an economist.

"Small and medium-sized enterprises, on the other hand, which have oriented themselves to the EU markets, are already benefiting from the opening of the border and thinking about new investments co-financed with European funds." 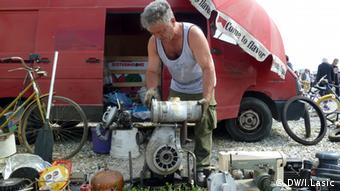 Larger companies are being confronted with increased competitive pressure, especially those firms that previously enjoyed the benefits of import restrictions in the food sector and that are now being displaced by foreign retail chains. "These entrepreneurs are not enthusiastic about the EU," said Novotny.

Croatian farmers also feel as if they have lost out. Miroslav Kovac, a member of the Croatian Farmers' Association, has seen how EU accession has had a significant negative effect on the country's villages.

"Food imports have increased, and the lack of organization among the farmers has become noticeable. All this has reinforced the impression that EU membership has put us at a disadvantage," said Kovac. Part of the blame, he said, was a lack of preparation.

"The uncertain situation in the agriculture sector has continued to deteriorate," he said. "Farmers have no bargaining power, and the major organizations that dominated Croatia's food production were equally unprepared."

Kovac pointed out that the regular protests by farmers cannot be credited to an organized group, as seen elsewhere in the EU. "Quite the contrary. It was the result of a lack of organization, because the farmers achieved nothing with their protests," he said. Croatia has now become dependent on food imports. 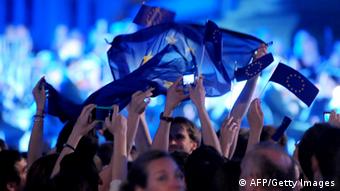 The health sector has not benefited from EU membership either, according to Ivica Babic, a spokesman for the Croatian Physicians' Trade Union. "Working conditions have deteriorated, and the benefits have disappeared," he said.

In addition, Babic said a new law will complicate the situation even further. "I have the impression that the government was waiting for EU accession to impose further restrictions," he said. The fact that more than 400 doctors have already applied to find work in another EU country is a sign that they're not expecting any immediate assistance from the EU.

Frustration is also widespread in the field of education. The situation for primary and secondary school teachers has deteriorated in all areas, claimed Zeljko Stipic, a union leader in the Preporod teachers' union, in an interview with DW. "Through numerous cuts, teachers have seen reductions in their monthly salaries," he said. And the union is expecting even further cuts.

"Uncertainty, fear, concern - these words best describe the situation in the field of education. We had other expectations, and we were hoping for positive developments, but right now teachers are disappointed," said Stipic.

Settling the score with Serbia? 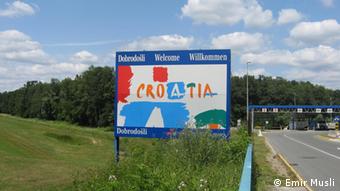 As an EU member, Zagreb now has a say in the fate of its neighbors

Although EU membership has revealed the weaknesses of the Croatian economy and public sector, conservative politicians are still hoping for support from Brussels. In particular, they want to use the EU accession negotiations of neighboring Serbia to settle old scores.

The politicians want to gain access to the archives of the Yugoslav People's Army, with its details on people who went missing in the war, and aim to force Belgrade to return Croatia's stolen works of art and own up to Serbia's guilt in the 1991 war.

Political analyst Puhovski hopes that it won't come to that. "Prime Minister Ivo Sanader, his successor Jadranka Kosor and now Zoran Milanovic, as well as Presidents Stipe Mesic and Ivo Josipovic: All have repeatedly asserted that Croatia would not take advantage of Serbia, as Slovenia did with Croatia and Greece with Macedonia," he said. But Puhovski is not so sure that this will be the case. After all, the economic crisis has given a boost to Croatia's nationalists.

EU finance ministers have decided to initiate a formal procedure dealing with Croatia's excessive public deficit and its debt ratio. The new bloc member has to come up with a strategy to rein in fresh borrowing. (28.01.2014)