EU finance ministers have decided to initiate a formal procedure dealing with Croatia's excessive public deficit and its debt ratio. The new bloc member has to come up with a strategy to rein in fresh borrowing. 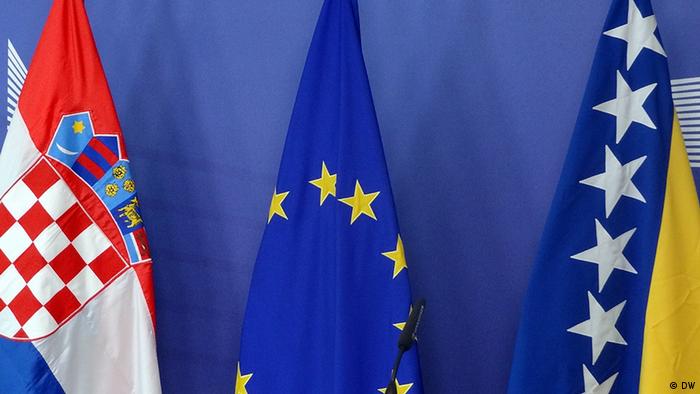 Meeting in Brussels Tuesday, EU finance ministers placed the bloc's newcomer, Croatia, under their excessive deficit procedure for failing to meet binding rules on the scope of fresh annual borrowing.

EU rules require all member states to bring their deficit down to 3 percent or less of gross domestic product (GDP). However, Croatia, which joined the bloc in July of last year, is projected to reach a deficit of well over 6 percent this year.

Austrian Finance Minister Michael Spindelegger said the rules were binding and could not be removed even for newcomers.

Much homework to do

"The same rules apply to everyone and that is unchangeable," he noted. "Croatia has to live with this step and improve."

Croatia was also found to be in breach of the EU's debt criteria, with its load amounting to 65 percent of overall output, way above the maximum 60 percent allowed in the bloc.

Zagreb was given until April to hammer out a sound plan and strategy as to how to plug its budget holes in a sustainable way. Not being a member of the eurozone, and cannot be hit with painful financial sanctions for failing to do so.