Although Croatia on July 1 has become the European Union's 28th member state, the Croats themselves, as a whole, are far from jubilant about this historic step. It is, however, a step with a signal effect. 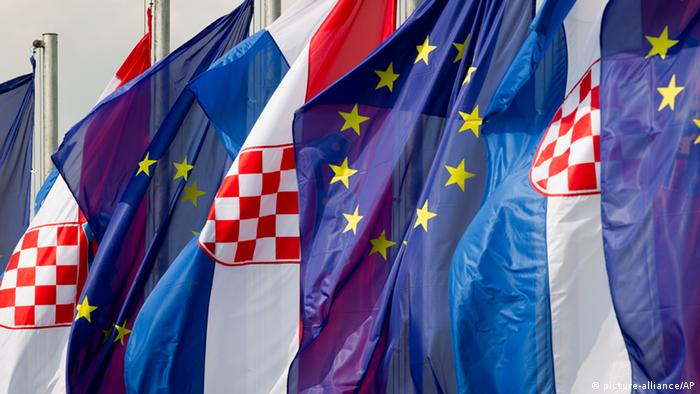 Croatia's accession to the EU comes at a difficult time for the union. Grappling with its greatest crisis ever, the bloc's desire to take on new members has reached zero. During a visit to the capital Zagreb in March, EU Enlargement Commissioner Stefan Füle hammered home the fact that in a time of internal difficulties in the EU, "it is important not only to make the case for enlargement to continue, but to strengthen the element that it is a credible policy " Credibility had suffered quite a bit when Romania and Bulgaria joined in 2007.

Both states had at that time not made as much headway in their fight against corruption as Brussels had wanted. Hopes were that membership would simply bring about the necessary changes, but the opposite happened. Once they had joined the club, the countries' enthusiasm for reform disappeared. To this day, neither Romania nor Bulgaria are part of the EU's borderless and passport-free Schengen zone. 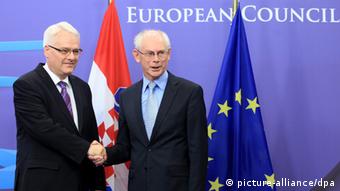 Both the EU and Croatia stand to benefit from entry

To prevent the same thing from happening again, Brussels kept a close eye on Zagreb, making sure measures were not only announced but adopted as well. In March, Füle stated Croatia delivered on its reforms "in a credible, sustainable and irreversible way."

In Croatia, too, the fight against corruption played a major role. Like the other countries, Croatia had - and still has - problems with corruption, President Ivo Josipovic told Deutsche Welle in an interview. But he added,that the attitude had changed: "No president, prime minister or minister can turn the wheel back."

From an economic point of view, the EU is now shouldering a new burden by taking Croatia into the fold. The country's economy has been in recession for years and unemployment is at about 20 percent. On the other hand, various long-time member states had similar, or even greater, problems.

EU entry will not make Croatia prosperous overnight, but it will position the country for competition, says Prime Minister Zoran Milanovic. "I am convinced that Croatia can meet all the challenges European integration and globalization mean for such a small nation," he said. "Small nations must be open and the European Union has granted Croatia a great opportunity."

The opportunity includes financial support. As early as February, European Commissioner for Regional Policy, Johannes Hahn, predicted that "EU regional funds will account for up to 70 percent of public investment in Croatia" after accession. What is important, the commissioner said, was that "people feel the benefits in terms of jobs and growth as soon as possible." 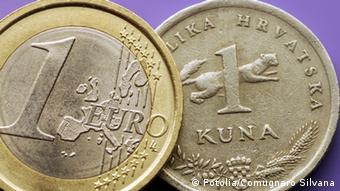 Croatia is the second former Yugoslav member state after Slovenia to join the EU. But animosities from the 1990s civil war are not likely to enter European politics, says President Josipovic, adding that tensions with Serbia have markedly decreased, while Serbian President Tomislav Nicolic is scheduled to join the accession celebration next week in Zagreb.

Croatia will intercede on behalf of Serbia, Josipovic said: "We support our neighbor on its path to Europe." There will be no Croatian veto to a Serbian or Bosnian accession to the EU, should that be on the negotiating table one day. Slovenia blocked the Croatian accession process for months because of a border dispute.

What does accession mean for Croatia and the EU? Croatia naturally hopes for affluence and security. "It is also a status symbol," Corina Stratulat of the Brussels-based European Policy Center think-tank said. Accession shows Croatia now "belongs to a community with democratic principles and values. In the eyes of the world, Croatia stands for the same things the EU represents."

But, times are tough right now, the political analyst says, so the move is no small feat for the EU. "It proves that the EU still has the power to bring about change in countries willing to join and that it remains attractive to outsiders."

As soon as Croatia fulfils the requirements, possibly in three to five years, the country plans to introduce the common euro currency, President Josipovic told DW. The president, however, is under no illusions concerning July 1. He does not expect a wave of enthusiasm. "We are realistic. We know that membership will not solve all our problems," he said, "but, it is a good opportunity for us and I hope we take advantage of it."

Differing views on coping with youth unemployment are set to divide EU leaders at a two-day summit in Brussels. Finance ministers, however, agreed on who will have to pay first when it comes to future bank bailouts. (27.06.2013)

Croatia is set to join the EU in July, but when it does, neighboring Bosnia and Herzegovina will lose its main market for its farming exports. And without it, the country’s already fragile economy may falter. (30.05.2013)