Reports of a spike in bear attacks has hunters in Romania calling for higher quotas. Conservationists say it is pure hysteria from the country's hunting scene, which is traditionally tied to the Romanian political elite. 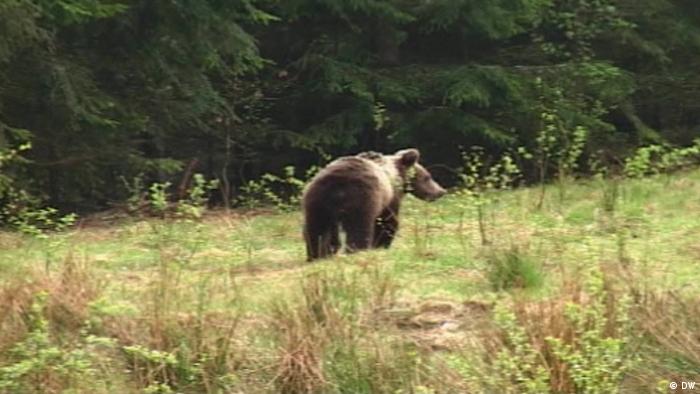 "Shepherd mauled by bear," "Another serious bear attack," "Mother bear and two cubs wander through the village every day." For months, headlines like these have been doing the rounds in the Romanian media and on the Facebook pages of local politicians. The tenor of most of them is that bear attacks against humans are on the rise. Farmers are also sounding the alarm, saying that bears are haunting their fields and hunting their livestock.

If these accounts are to be believed, the country is in the midst of a bear crisis.

Romania's Carpathian Mountains are home to one of the largest bear populations in Europe outside of Russia, officially estimated to be between 6,000 and 6,600. There is, however, no reliable data on the exact number of wild animals. Some biologists and conservationists note that the true population could be far lower, as many bears are counted more than once. Migration is not taken into account, they say.

For more than 20 years it's been well known that bears in some areas have grown accustomed to looking for food in rubbish dumps on the outskirts of town — in the Transylvanian city of Brasov, for example. However, there are no reliable statistics detailing bear attacks or unwanted encounters between bears and humans. 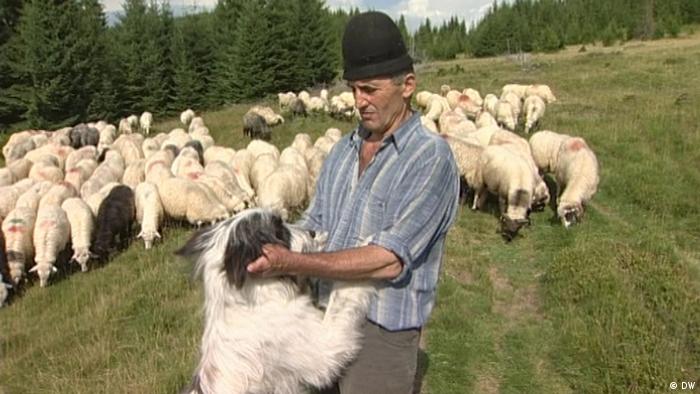 Farmers in Romania say bears are attacking their livestock

Bear attacks on humans have been a popular topic in the Romanian media for many years. The current animal-driven furor began in late 2016, when then-Environment Minister Cristiana Pasca Palmer announced a temporary ban on hunting them.

In order to be able to maintain the ministry-approved shooting quota of around 500 animals a year, hunting associations had been systematically reporting too high a number of bears. Romanian environmentalists and civilian activists protested — and succeeded in bringing about the moratorium from the Environment Ministry.

Hunting associations responded by warning the minister and the conservationists that a ban on hunting would lead to a proliferation of bears, and that as a result there would inevitably be more attacks on people. Now, Romania's hunters feel they've been proven right.

A tradition for the elite

The conflict between hunters and conservationists has been brewing in Romania for a long time. The majority of the Romanian public regard hunting as a symbol of nontransparent power, corruption and cronyism. Under the Ceausescu dictatorship, bear hunting was a privilege reserved for Communist officials.

Today, many high-ranking politicians and rich businessmen are hunters. They are rumored to conduct their dealings at exclusive hunting events, such as the annual one organized by billionaire Ion Tiriac in the western Romanian town of Balc. Every year the elite of Romanian politics and industry are invited, as are influential Western businessmen including Klaus Mangold, who for many years served as the chairman of Germany's Committee on Eastern European Economic Relations.

At the same time, bear hunting is a lucrative business. Many hunters think nothing of paying a thousand euros for a bear trophy; and hunters from other Western countries are among the highest-paying tourists. 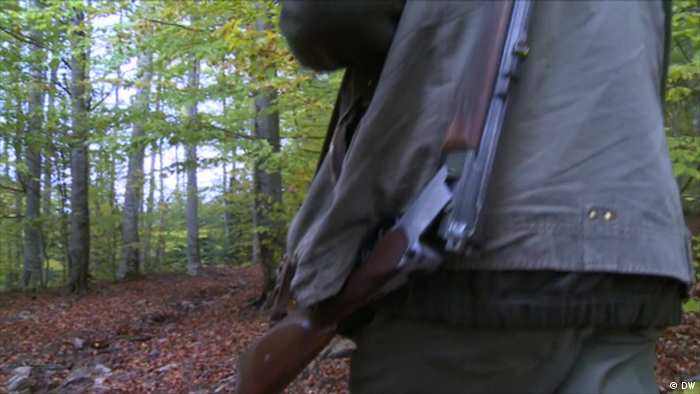 Nature conservation associations such as the World Wildlife Fund (WWF) contend that they're not out to get the hunters. The WWF says the issue is bad environmental policy in general, and that the conflict between bear and human is a symptom of this because the lack of environmental protection means the bears' habitat keeps shrinking.

Janos Szin, a businessman and nature lover who offers bear watching ecotours near the Transylvanian town of Baile Tusnad, agrees. "There are a lot more trees being felled; you hear the noise of chainsaws everywhere, people drive through the forest in Jeeps, on quad bikes, motocross bikes, mountain bikes and snowmobiles, and there's also a lot of people who gather forest fruits and mushrooms," says Szin. "Quite simply, people are everywhere in the forest. And they disturb the bears' habitat."

At the Environment Ministry in Bucharest, people are reluctant to comment on statements like this. Gratiela Gavrilescu took over as environment minister in early 2017, and her policies are different from her predecessor's.

In April the ministry presented its Action Plan for the Conservation of the Brown Bear in Romania. According to this plan, the optimum size of the bear population in Romania is 4,000, and the instrument for achieving this figure is hunting. Conservationists said the plan amounted to a free pass for the shooting of more than 2,000 bears, and accused the ministry of making itself a tool of the hunting lobby. Since then, no policy decision has been made about the future of bear hunting.

Janos Szin say he's neither a sanctimonious environmentalist nor a hunter: "But what's for sure is that we are encroaching on the bears' habitat much more today than we did 20 or 25 years ago. So naturally people encounter bears much more often than before. But that doesn't mean there are more, or too many bears."