A tiny native village in Alaska has experienced a boom in tourism in recent years as polar bears spend more time on land than on the diminishing Arctic sea ice. 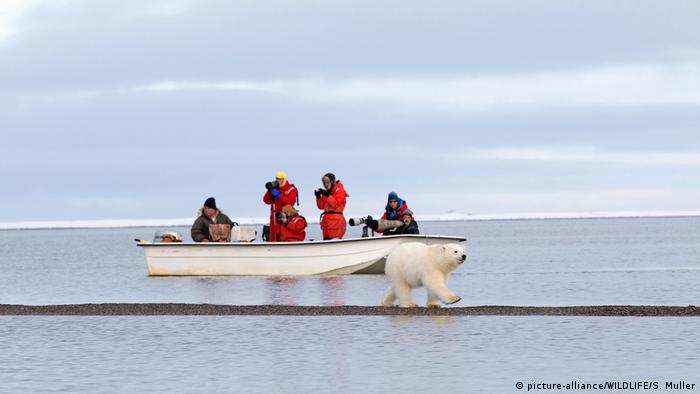 More than 2,000 people visited the northern Alaska village of Kaktovik on the Beaufort Sea last year to see polar bears in the wild. The far north community is located on the north shore of Barter Island on the Beaufort Sea coast in an area where rapid global warming has sped up the movement of sea ice, the primary habitat of polar bears. As ice has receded to deep water beyond the continental shelf, more bears are remaining on land to look for food.

The village had less than 50 visitors annually before 2011, said Jennifer Reed, of the Arctic National Wildlife Refuge. "Today we're talking about hundreds and hundreds of visitors, many from around the world each year," Reed said.

Polar bears have always been a common sight on sea ice near Kaktovik, but residents started noticing a change in the mid-1990s. More bears seemed to stay on land, and researchers began taking note of more female bears making dens in the snow on land instead of on the ice. 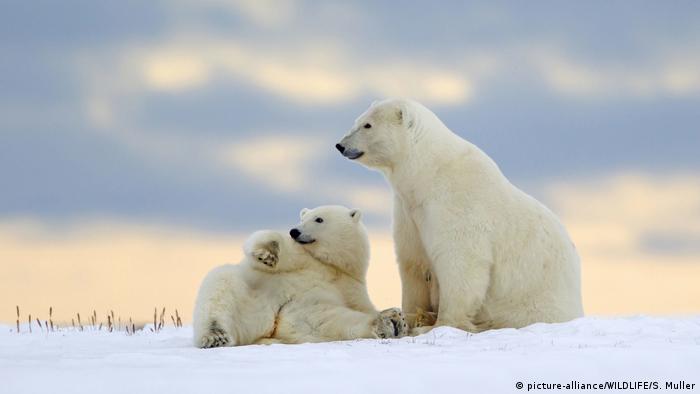 U.S. Fish and Wildlife Service biologists began hearing reports of increasing numbers of polar bears in the area in the early 2000s, Reed said. As more attention was given to the plight of polar bears about a decade ago, more tourists started heading to Kaktovik.

Most tourists visit in the fall, when bears are forced toward land because sea ice is the farthest away from the shore. Some bears become stranded near Kaktovik until the sea freezes again in October or November.

In the future, Alaska plans to open up part of the Arctic Refuge to allow oil exploration and development on the coastal plain where Kaktovik is located. For some people, that makes polar bear tourism — and the money it brings in — seem like a drop in the bucket compared to the potential of oil. But right now, there’s plane load after plane load of tourists eager to see Alaska’s most iconic endangered species.

Tourism regulation in Antarctica has become an urgent matter due to environmental threats, officials from the 53 member countries of the Antarctic Treaty warned at their annual meeting, held this week in Buenos Aires. (17.05.2018)

Into the lands of ice and snow

Alaskan photographer Acacia Johnson has been on over 50 polar expeditions. Here, she shares some impressions from visiting the Inuit in Canada, the wildlife in Svalbard and Antarctica, the "White Continent." (02.09.2018)