Romania could be the first European country to shift their embassy to Jerusalem after a contentious decision by the US. Israel has reportedly offered preferential treatment to the first 10 countries to make the move. 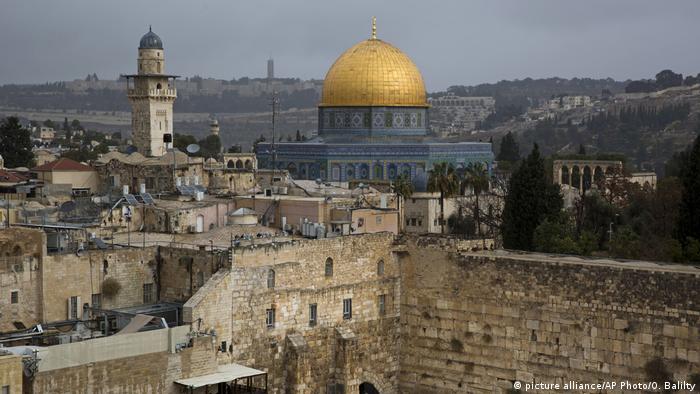 If the move goes ahead it will make Romania the first European country to shift their embassy to the disputed city, following a controversial decision by the US to do so.

Read more: Donald Trump says he may travel to Jerusalem for embassy opening

Dragnea said the move would have "enormous symbolic value" and that Israel "has a strong international influence."

"I think the decision will produce major benefits for Romania," he added. "This is also a pragmatic approach. Like all of us, Israel has the right to establish its capital where it wants."

Israel’s Deputy Foreign Minister Tzipi Hotovely told Israeli media she welcomed the announcement and her meetings in Romania had convinced her the move would happen.

Romanian President Iohannis said on Friday he had not been informed or consulted about the decision and urged all government and political actors to show "responsibility and discernment regarding major foreign policy decisions that have strategic effects including on national security."

Why it matters: Every additional nation that moves their embassy to Jerusalem helps Israel legitimatize its control of the disputed city. Any future Palestinian state would want Jerusalem to be its capital as part of a two-state solution. The US decision to move its embassy and break with decades of policy was met with international condemnation. Furthermore, the decision from Romania, a European Union member, breaks with the bloc’s position that the city’s status is still subject to peace talks.

The US decision: Trump announced in December that he would relocate the US diplomatic mission and recognize Jerusalem as the Israeli capital, something which had previously been earmarked for peace-talk negotiation. US Vice President Mike Pence announced in February the shift would happen in May to coincide with Israel’s 70th anniversary, enraging Palestinians.

Status of Jerusalem:  The city’s status has been a key issue in the Israeli-Palestinian conflict. Israel captured the city in the 1967 Middle East War and later annexed it. It claims the entire city as its capital. Palestinians claim Arab East Jerusalem as the future capital of an independent state. Most of the international community and the UN don't recognize Jerusalem as the capital of Israel or its annexation of east Jerusalem.

Romanian situation: Centrist President Klaus Iohannis must OK the decision, but has previously said the city’s status is subject to negotiations. Romania has faced a rift with the EU over legislation it says will make it hard to prosecute high-level corruption. Dragnea keeps a tight grip on his party and is seen as effectively in charge of the cabinet.

Czech Republic next? Next week, Israel's Hotovely is due to visit the Czech Republic, which was one of the 35 countries to abstain from a UN vote condemning the US move. Israeli media has speculated the EU member could be the next country to move its embassy.

BioNTech founders receive one of Germany's highest honors 56m ago

Nigeria: Hundreds of schoolgirls feared abducted in raid 5h ago