The number of foreigners traveling to Turkey in April dropped massively as a series of terrorist attacks in Istanbul and elsewhere has caused tourists to stay away, hitting a main money spinner for the country. 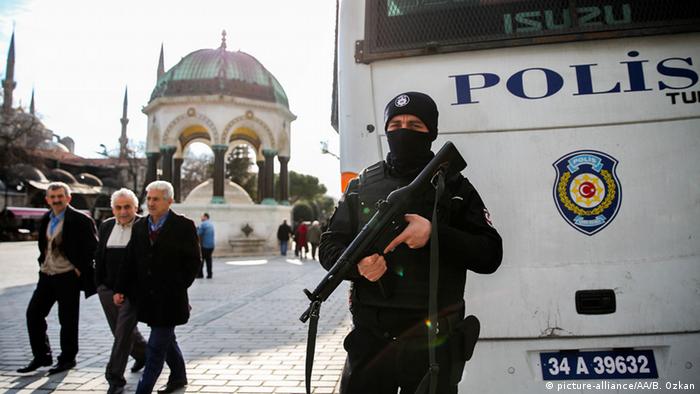 According to government data released Friday, the number of foreign arrivals in Turkey was down 28 percent in April compared with March - the deepest monthly fall since 1999, when a series of Kurdish bomb attacks rocked the country.

The month-to-month March-to-April decline was more than double the February-to-March decline, deepening the consistently downward trend in foreign bookings over the past several months.

Renewed conflict between the government and Kurdish militias in the southeast of Turkey, as well as two suicide bombing attacks aimed at throngs of tourists in Istanbul, have driven away tourists from all over the world, the data showed.

German visitors, the largest group coming to Turkey, dropped by 35 percent, while Russians as the second largest group were down by a staggering 79 percent. The latter are staying away in part because the Turkish military shot down a Russian jet over Syria last year, which resulted in a hefty diplomatic spat between Moscow and Ankara.

Turkey faces a slump in its tourist industry

The tense security situation is hurting one of Turkey’s key industries, tourism. 10.32 % fewer vacationers than in January represents the biggest single drop in tourist business in ten years. (30.03.2016)

Despite concerns over terror threats and civil wars, Germans still like to travel. But booking numbers are down. As the world's largest tourism fair, ITB, gets underway in Berlin, the industry is concerned. (09.03.2016)

A suicide bombing in the center of Istanbul's busiest shopping area killed at least five people on Saturday, emptying the streets of Turkey's largest city. Tom Stevenson reports from Istanbul. (19.03.2016)