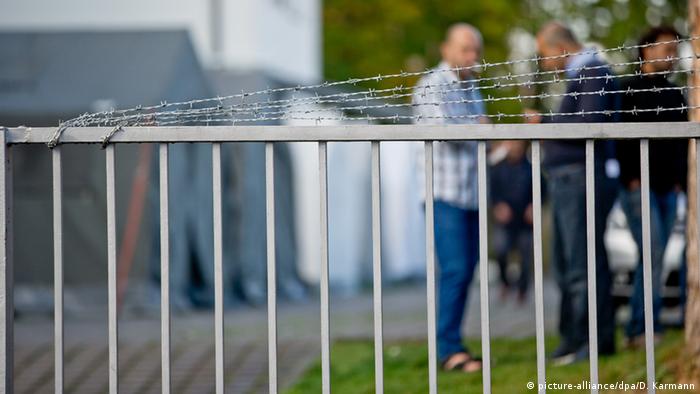 A documentary called "The Weak State" due for broadcast on Germany's ARD public television Monday indicates that few past racist attacks on asylum-seeker accommodations were pursued to conviction, with fines and jail terms.

Researchers at southern German regional public broadcasters SWR and BR had requested data from all 16 of Germany's states asking for attack counts and resulting convictions.

Between 2015 and 2018, they found 2,558 incidents had occurred nationwide, ranging from abusive graffiti near hostels to serious arson and bombing attacks.

Hardly 600 such incidents were, however, publicly noted by Germany's Interior Ministry over that period, they asserted.

The counts of cases solved and convictions made were even less, according to documentary makers led by Anna Tillack and Anna Klühspies.

The documentary team found that of the 2,558 incidents only 18%, or 467 cases, were actually investigated or led to discovery of perpetrators. And in only 206 cases, or 8%, did fines or jail terms result on conviction.

Furthermore, glaring regional differences emerged: In Baden-Württemberg, 64% of its cases actually probed resulted in convictions. In Brandenburg state — outlying Berlin — only 28% ended in perpetrators being convicted.

Tillack and Klühspies' film team accompanied a lawyer on his daily struggle to help victims of racist attacks to draw police attention to such crimes and to bring their suspected perpetrators to justice.

Their conclusion: Although federal authorities have declared tough policies toward acts of racist hatred, at the local level pursuit is downplayed and trivialized.

The documentary points out that "on the working level, it seems that policemen, prosecutors and judges have been playing down right-wing motives for crimes for years and are still trivializing racist attacks."

"The number of right-wing extremists with weapons permits has almost doubled since 2016," observed the documentary team.

Alongside Germany's federal VfS agency based in Cologne, regional states also have their own domestic intelligence entities, who were the focus of the NSU inquiries.