Germany may give a break to drivers of big cars, turning an attempt at an ecologically oriented tax reform into a boon for gas guzzlers, one newspaper reported. 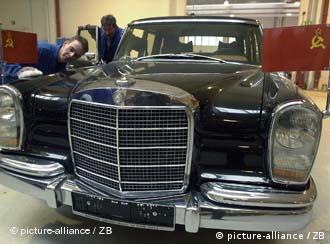 Some German lawmakers have moved to alter plans for a car tax, resulting in favorable conditions for cars that burn a lot of fuel, the Sueddeutsche Zeitung reported.

In a compromise suggested by the finance ministry, luxury limousines, rather than being taxed at a higher-rate for their high fuel consumption, would in fact be given a break. 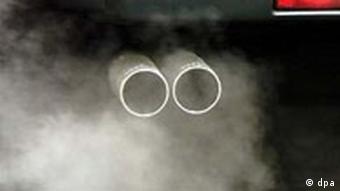 Germany is supposed to be lowering CO2 emissions

The news has sparked an outraged response from some politicians and environmentalists.

Currently, owners of energy-inefficient cars are penalized because they are taxed based on CO2 output. But the new arrangement calls for a limit on taxes based on engine capacity. That in turn would be advantageous to drivers of heavy cars.

According to news reports, the plans are almost finalized, and no big changes to the reform are expected. However, a spokesman for the finance ministry said nothing had been definitively decided yet, German newspaper Die Zeit reported.

Environment Minister Sigmar Gabriel was said to be opposed to the plan, and said he wouldn't approve it in its current state, according to the Sueddeutsche Zeitung.

The parliamentary party vice chairman of the Social Democratic Party, Ulrich Kelber, complained to reporters that "it would be a joke to call this an environmentally-oriented CO2 tax."

Meanwhile, German car owners swamped a hotline with calls this week after the government invited applications for a big cash handout to anyone crushing an old car and buying a new one.

Berlin officials said the hotline registered 270,000 calls on the first day, Monday, far more than telephonists at the trade agency BAFA could answer. On Tuesday, the rush ebbed a little to 150,000.

The government has promised 2,500 euros ($3,250) to anyone owning a car more than nine years old who takes it to the wreckers and buys a new low-pollution car.

The payouts will continue until the budgeted 1.5 billion euros has been used up. Part of the sum will be for administrative costs, but the scheme is expected to bring nearly 600,000 new cars on the roads.

Although the aim is to help Germany's troubled car manufacturing industry, imported cars will be treated the same as German-made ones.

The "free" handout has been the talk of Germany for days. A free-for-all is expected next Tuesday when the application form is to be offered on the BAFA website to download. Some predict the budget may be used up within a week.

Even owners of late-model cars have wondered if they might benefit. To curb abuse, the applicant must have owned the old car for at least one year and become the registered owner of the new car.

BAFA said Thursday it was confident there would be enough money for all applicants, at least for the first few days.

The old cars must be destroyed by wreckers, who remove all useful parts, glass and plastic and put the steel remains in a metal press.

The largest motor show on Earth opened in Paris on Thursday as the auto industry attempts to convince the world it is moving forward with an eye on the environment as well as on profit margins. (02.10.2008)

The German government is planning to introduce a two-year, tax-free scheme for new environmentally-friendly cars. But environmentalists have warned the plan will backfire because the criteria are not strict enough. (30.10.2008)