Thomas de Maiziere said German police would task more officers with returning migrants to home countries, according to a Bild newspaper report. Berlin estimates that some 27,000 migrants will be sent back this year. 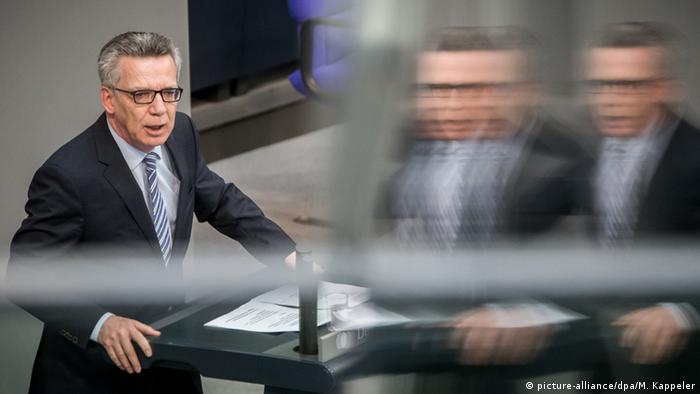 According to the paper, De Maiziere is set to present a report bemoaning "long procedures" and "insufficient personnel" for this task before the federal government on Wednesday.

German states have "little political will to apply the residence law," contributing to the "sluggish" deportation rate, the minister reportedly claims. At the same time, some of the migrants' embassies are refusing to issue temporary travel papers to their citizens.

There were over 219,000 migrants set to be expelled from Germany, according to the Interior Ministry report based on March 31 data. Almost 168,000 of them had been issued the so-called Duldung (tolerance) permits, allowing them to stay in the country until obstacles for their deportation are cleared.

The remaining 51,000, however, were to be expelled as soon as possible.

According to the interior minister, the authorities were also facing "insufficient cooperation from the deportees," with overly long proceedings making it easier for them to "disappear."

"A massive rise in the number of deportees would only occur if these procedural shortcomings are fixed," de Maiziere said.

The German government believes that some 27,000 people would be deported by the end of the year, marking a slight increase from 22,369 in 2015. In contrast, the number of migrants leaving of their free will should reach 61,000, compared to 37,200 last year.

Federal police would dedicate more staff to repatriating migrants in order to speed up the process, according to the minister. Also, state interior ministers are set to meet with representatives of migration officials later this month.