Refugees find shelter in a German ghost town | Germany | News and in-depth reporting from Berlin and beyond | DW | 18.09.2015

Manheim is a village doomed to be torn down completely when the excavators for the neighboring lignite coal pit start moving in just a few years from now. But for 73 asylum seekers, it's an interim home. 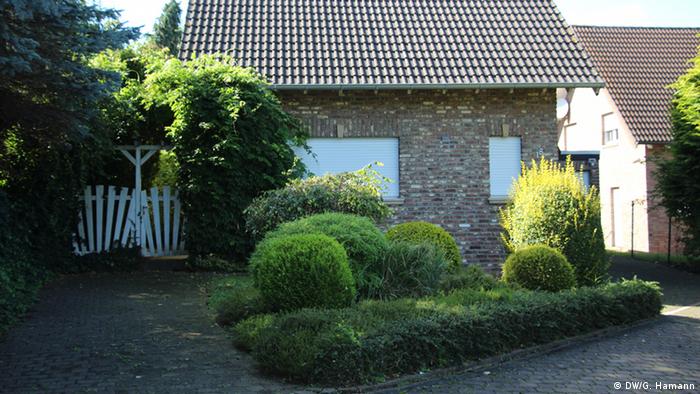 The first thing visitors notice are the many closed shutters. Next they see that the letter boxes have been taped firmly shut.

Time has stood still in Manheim ever since the decision fell to rebuild the village about 6 kilometers (3.7 miles) further southeast, where there is no soft coal for the RWE energy giant to mine.

The schoolyard is empty, the small local indoor pool is dry and cracking and the names on the street signs are fading. Ripe apples on the trees on Esperanto Street are the only sign of growth.

People who still live in Manheim simply haven't moved yet. A boy on a bike with a fluttering German flag crosses the local square. A man sits on a bench at the bus stop, opposite the local savings bank. Opening hours: Monday through Friday, three-and-a-half hours daily.

Welcome to the neighborhood

On another street, many shutters are closed, too - but here, a little girl runs after a dog who is as big as she is. Watching, Gabi Walluga calls out, "Drop the ball, Pepe." The girl repeats her words, though not quite perfectly, but the dog understands and drops the ball at her feet. 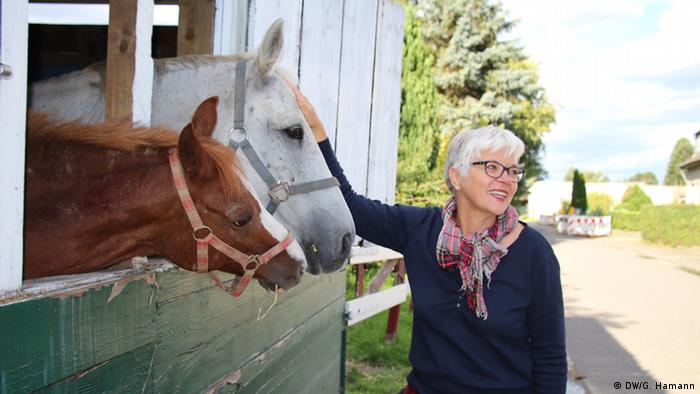 Walluga's horses and dog are popular with the refugee kids

Sofia is 4 years old. Her Armenian family, which includes her parents and her 8-year-old brother, moved in next door to Gabi Walluga and her husband Volker in late 2014. They came to Germany because Sofia needed an operation.

The Wallugas are part of a newly-formed group of sponsors who support refugees in their village. Their basement is packed with donations: clothing, furniture and much, much more. The doorbell rings constantly, but not because someone needs a chair or a pair of shoes. Usually, refugee children are at the Walluga's door, begging to take Pepe for a walk or groom the couple's horses.

Sometimes I have to put my foot down, says Walluga, a kindergarten teacher. "Many refugees have a different concept of time." She tells her new neighbors that in Germany, you don't ring people's doorbells after 8 p.m. and you don't play loud music late at night - or burn old furniture on the grill. A huge cloud of smoke billowed over into our yard the other day, Walluga laughs. "But that's part of integration." Gesturing, Walluga tries to make herself understood, since language is still a problem.

No 'model for the future'

Manheim is part of the town of Kerpen, which has a population of 65,000 inhabitants. About 350 new refugees arrived in Kerpen just last week. The city turned the local disused barracks into an emergency shelter that now houses 600 asylum seekers. About 400 refugees live in apartments and converted office buildings in other parts of town. 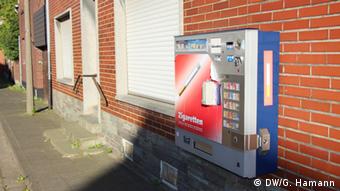 Cigarettes are all you can buy in Manheim

Manheim's idyllic rural setting would seem to be a stroke of luck for the 73 Iraqis, Serbs, Bosnians, Armenians, Albanians, Kosovars and Somalis who are housed here. They have ample room, the small houses all have gardens and the children can roam the village.

But settling refugees in Manheim is by no means a model for the future, says Annette Seiche, Kerpen's commissioner for integration. "There's no place where people can get together, and no infrastructure at all." The next store is almost 4 kilometers away, the bus runs but once an hour. And soon, she adds, the last remaining locals will have left. "The more people move, the less integration there is," she says.

And then, she says, there are laws she must abide by. Seiche is not allowed to house refugees in homes that surpass a given size. The regulations force her to house two families in a single family home with just one kitchen and one bathroom, she says.

Kerpen's city youth club opens its doors to young refugees Monday through Friday. Their parents have started joining them, since it's the only place they can get together. Once a week, a German language course is on offer in the parish hall, and Walluga plans to organize a toddler group.

"You can talk about this endlessly, and watch it on TV," she says. Instead of despairing, she and her husband decided to do what they could on their own small scale. "Here, we can make a difference," Walluga explains.

The Wallugas see themselves not so much as helpers but as neighbors. 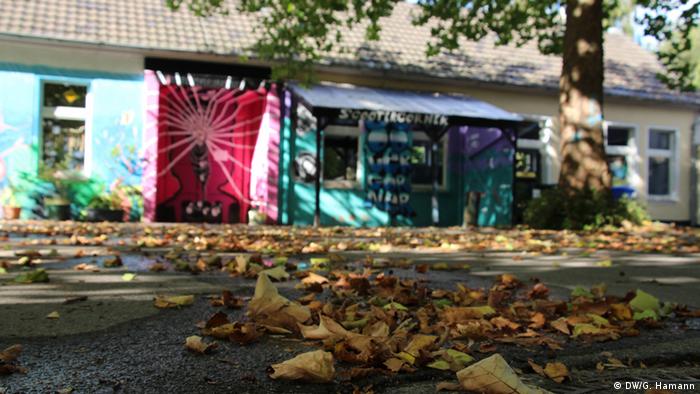 Hundreds of people still live in Manheim, but it feels abandoned

Volker Walluga is upset at EU refugee policies and far-right sentiments. The retiree remembers that even back when he still worked at RWE, he and his colleagues would discuss xenophobia and the fear many Germans have that something might be taken away from them.

"We give these people things that otherwise would end up in a junkyard or used clothes collection," he says. "What a luxury that is. I don't think many people in Germany have renounced or given up much, but helping has something to do with limiting oneself and doing without."

Meanwhile, more German families pack up and leave the doomed village. They leave behind what they no longer want, things that will go to the junkyard: this week, it's a white book shelf, and two old refrigerators.

Prime Minister Viktor Orban says a new fence is already being built on the Croatian border to stem the migrant pressure. Croatia has closed its border with Serbia after being deluged with refugees over the past few days. (18.09.2015)