Refugees combat cold, frustration in Greece | Europe | News and current affairs from around the continent | DW | 06.12.2016

With the onset of winter authorities have yet to fully equip the refugee camps in northern Greece to help withstand the increasingly miserable conditions. Marianna Karakoulaki and Dimitris Tosidis report from four camps. 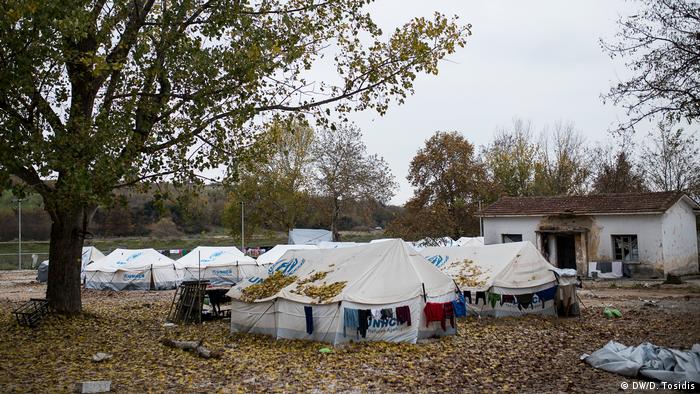 As temperatures in Greece flirt below zero, refugees are facing increasingly dire conditions. Greek authorities started setting up refugee camps in northern Greece at the beginning of 2016 - these now host more than 10,000 people waiting for their asylum, relocation, or reunification applications to be processed. Although the refugee camps are organized facilities most of them resemble Idomeni's makeshift camp at its worst. Refugees have to live in former factory buildings without doors or make do with large tents made of thin material. 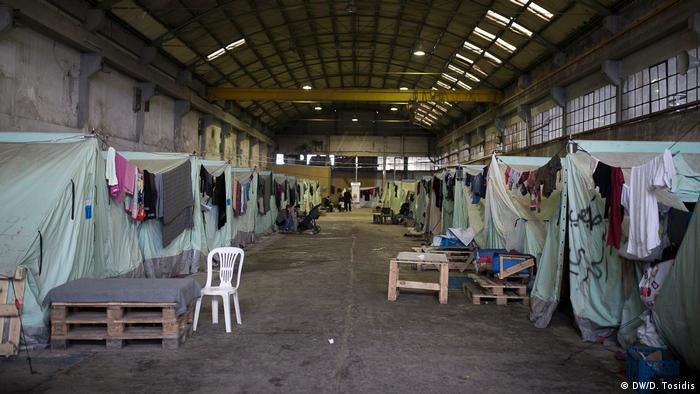 Gimme Shelter: as winter sets these flimsy tents are all many refugees have

"When we first arrived at this camp it was very difficult. But we must fight to live in such conditions," Idris*, a 37-year-old tailor from Afrin in Syria, told DW.

Idris lives in the camp of Nea Kavala, a former military airport, with his family inside a prefabricated house that was set up by the UNHCR, however it lacks one of the most basic amenities: electricity.

Those living in Nea Kavala found a way to siphon off electricity from the central power line in the camp but there are often power outages.

"The police come here every day and ask us to stop using the lines as they will fix this problem but nothing has been done yet and we cannot live without it. The other day the cable we were using was in a [puddle] of rain water; we know it is dangerous but there haven't been any accidents yet; we've been lucky so far," says Nawras, an English-major student from Daraa, Syria.

When DW met Nawras he was still living inside a tent because the first batch of prefabricated houses was given to families with children. He has now moved to a camp near Athens due to the conditions in Nea Kavala.

"The camp I am in now is much better than Nea Kavala. I may live with four other people but at least I have a bed now," he told DW via a text message.

"We have never been in such conditions before, even in the middle of war," says Idris's wife Zarifa. "We have left war to find safety, but we are now facing another war - a psychological one while being left in a dirty desert," adds Idris.

As odd as it may sound, Nea Kavala can be described as a successful hosting facility compared to other camps such as Sinatex and Karamanlis. Both are former factories that were turned into refugee camps by the Greek authorities' desperate search for suitable accommodation but they are far from suitable.

As Yamama, a 14-year-old Syrian girl, gives DW a tour of the Karamanlis camp, she stops and points at two communal bathrooms outside the building.

"Only these two have hot water," she says.

"In the beginning living here was problematic," says Ahmet, one of the 328 residents in Karamanlis camp. "It is getting better now but there are serious issues now with the winter. We have no heating for example and it is getting cold, especially during the night. They distributed blankets but this is not working. The tents are thin - they are just a piece of fiber - no walls to protect us from the cold. Some people have electrical heaters inside their tents but some have no experience in using them; one day there may be an accident," he told DW. 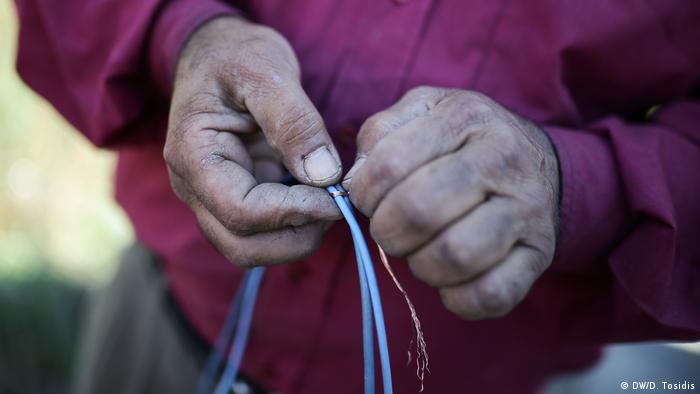 In their desperation to generate heat, many refugees are risking their lives

Still, winter preparations inside the camp are evident as workers install central air-conditioning systems that should soon be operational.

Volunteers, aid organizations and officials have been warning the Greek authorities about the conditions at the camps for months - but to little avail.

"We had mentioned the situation of the refugee camps when the authorities started setting them up in the countryside and inside industrial buildings back in Spring. Their budget at the time should have been higher because they had to take into consideration the costly heating system and the complicated and time consuming procedure of installing electricity substations," says an official of the Ministry of Defense who spoke to DW on the condition of anonymity.

"Generally speaking the selection of the refugee camps did not meet the suggested criteria. Capacity; proximity to healthcare facilities and urban areas; distance from polluted areas; existence of water supply, drainage, and electricity. If all of these preexisted, the cost of the camps would have been much lower. Now they are trying to solve the issues that occurred with emergency measures while in reality things were simple, we have the knowledge of the areas and climate, and we know the requirements such facilities have," he said.

The Lagkadikia camp was supposed to be one of the main registration centers with everything the refugees would need in order to live in dignity. Yet it is far from that.

Months after its creation people are still living in tents without heating while they try to battle the elements.

Bakir is new to this camp. He spent some time in one near Thessaloniki and in a camp in Macedonia as he was one of the few who had managed to cross the border before it was closed. He knows that the conditions in Lagkadikia are better, but they are still not humane especially as winter approaches. Most of the tents are under sheds to protect them from the rain but some remain out in the open. 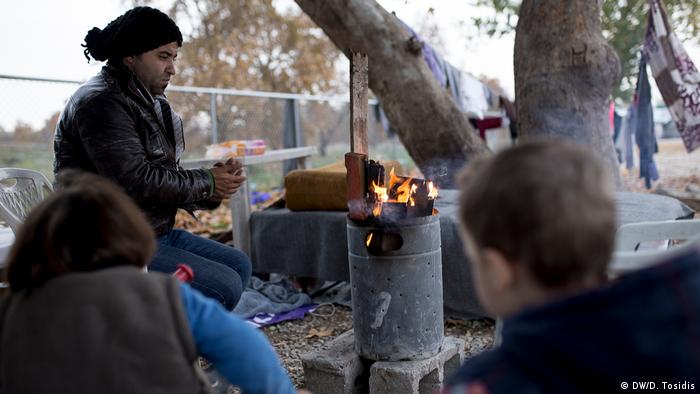 Despite the authorities' efforts, many camps still have a makeshift feel to them

Bakir sits in a tent with his friend Hussein who adds wood to the makeshift fireplace. "This camp is safer than the other one I was in Greece but it still lacks good conditions. The camp in Macedonia, for example, was much better and that's why I think the authorities allowed journalists and state officials to go inside without any problems. But on the other hand it was still a prison because we were not allowed to go outside," Bakir told DW.

Months after Idomeni's evacuation the majority of those still living in refugee camps will have to spend yet another winter in ill-prepared camps. Initially people were forgiving for mistakes made by the Greek authorities as they struggled to contain the humanitarian crisis. That has now boiled over into frustration and anger as refugees realize that the government has failed to learn from past mistakes.

*Some names have been changed to protect the identity of the interviewees.