A ray of hope for refugees in northern Greece | Europe | News and current affairs from around the continent | DW | 02.08.2016

A ray of hope for refugees in northern Greece 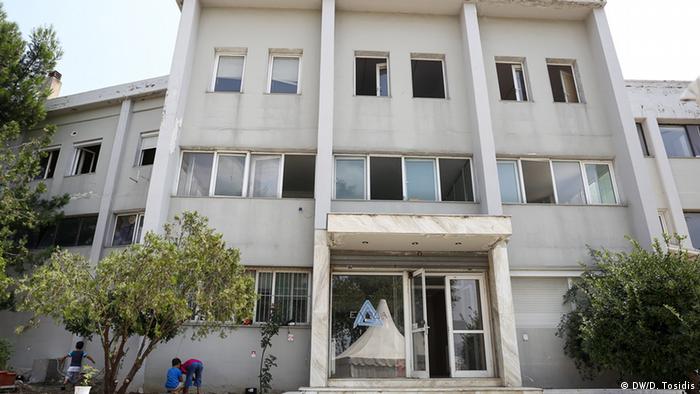 When Mahmood looks out of the window he can see Thessaloniki's seafront clearly, sometimes, when the sky is clear, even Mount Olympus is visible. "Here we finally have a room; we lived in a tent in the camp of Lagadikia," he tells DW while making a square shape with his hands to show the small size of his tent in the relocation center where he used to live.

Mahmood is one of the 140 people living in Elpida, a new refugee center situated near the industrial sector of Thessaloniki. He resides in a private room with his friends, Mohammed, Ahmed, and Ahmed's twin brother who sleeps without noticing the conversations around him.

Elpida - the Greek word for hope - is a new facility in northern Greece, a public and private partnership that has set itself the goal of becoming an example of how to deal with the refugee crisis efficiently and humanely. The creation of this alternative refugee center was the vision of Amed Khan, an investor, philanthropist and the founder of Elpida who partnered with the Canadian-based Radcliffe Foundation and the Greek General Secretariat of Migration Policy, which is part of the Μinistry of Interior and Administrative Construction. 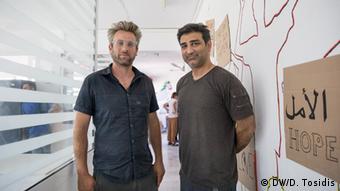 "My team and I visited the islands, and the camps in the mainland, and noticed that the conditions for war refugees were horrible. Despite the funds channelled toward this cause, there was no evidence of humanitarian spaces, so we decided to do this to demonstrate that it can be done," Khan told DW.

Elpida was a textile factory that went bankrupt a few years ago. The General Secretariat of Migration rented the 6,000 square-meter large building which was renovated from scratch with the help of hundreds of volunteers who came to Thessaloniki to assist with the refugee crisis. The idea behind Elpida was to provide refugees with what they need and be able to reclaim in a way part of what they lost; a space based on self-organization where people are able to continue their daily life and activities.

"We wanted to try something different, maybe the opposite of what is being done. Instead of creating dependency, create independence; instead of being top-down, let's see what happens when you make it bottom-up," Mike Zuckerman, an urban space creator and the project manager of Elpida, told DW. 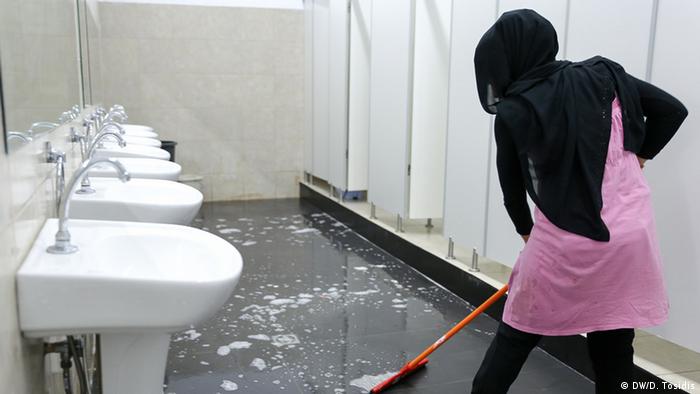 "These are the victims of a war that they did not cause, and they haven't got the international protection they are entitled to. So we decided to collaborate with the Greek government and the General Secretariat of Migration who were very open to the idea to try and create optimal living conditions for people," continues Khan.

Nevertheless, the feelings of Elpida's new residents are mixed. Some had reservations on their first day of arrival.

"We may have private rooms, but I don't see any difference than the camp in Giannitsa. It is very hot here, and my wife is not feeling well because of that and because she is sick. But I will have a better opinion in 72 hours" said Sadam with a very critical look on his face. "Maybe we should all apply for relocation in Iraq because of the heat," he continued half-jokingly.

Most of Elpida's new residents are ecstatic, however, especially the younger ones. "It's better than a hotel, it truly gives us hope," said Radwan while on his way to his English class.

Most of the refugees living in Elpida are designated as vulnerable cases: large families and those that cannot live in the conditions at the other refugee camps, some of which are considered dangerous and with questionable health conditions. The camp in Lagadikia for example, from where most of Elpida's current residents come, has been criticized by refugees and volunteers because of the lack of medical support.

A recent report by the Hellenic Center for Disease Control and Prevention calling for the closure of several refugee camps appears to back up most people's concerns about the camps.

Although Elpida is new and some parts of it are still under construction, it seems to be more than ready for its residents. An eco-friendly system is in place in order to introduce refugees to ecological ways of living, playing areas for children have been set up, there's a garden for those who wish to take part in agricultural activities, and a women's safe area where they can take part in various activities - from playing chess to aerobics and yoga. 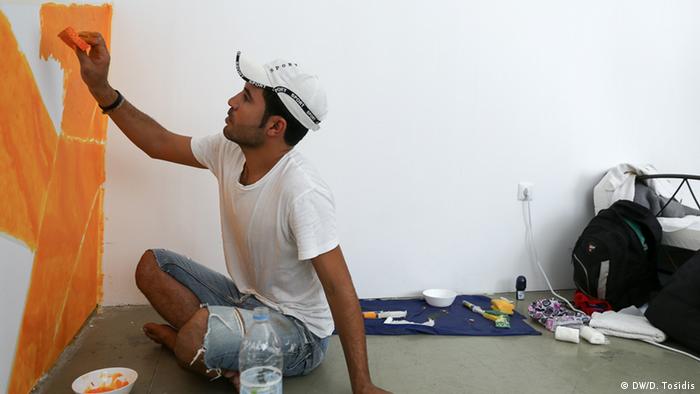 Nasser and his family invite DW and the staff who work in the center to their new room for a cup of Syrian coffee while Mahmood and his friends eagerly show them the newly painted walls of their room; It's easy to tell that most refugees finally feel at ease - at least to a certain extent. The refugee crisis in Greece may not be over, but Elpida, despite its teething problems, offers hope to its residents.