Protests break out in Greek migrant camp after woman dies

Refugees living in the Diavata refugee camp have demanded better health services. The Greek government has said it is building new facilities to relocate migrants housed in badly suited and health-adverse camps. 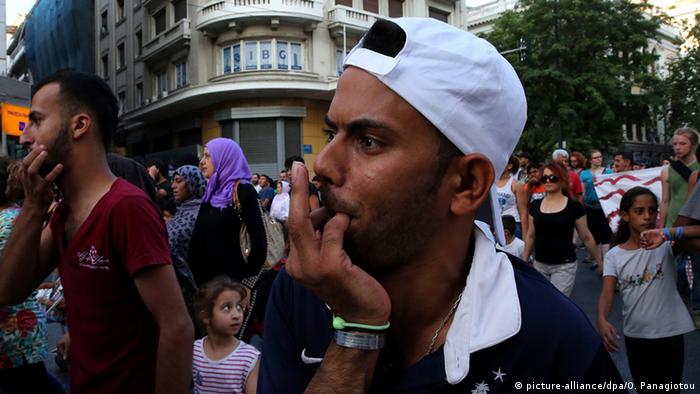 Protests broke out at a camp in the Greek city of Thessaloniki on Thursday following the death of a Syrian woman.

The woman, who was in her late twenties, died of heart failure, local police said. She was found unconscious in the camp's communal shower and was announced dead after being taken to a local hospital. The Greek state agency "ANA" reported that the woman suffered from epilepsy.

Migrant protestors are demanding health care services in the state-run Diavata refugee camp, as well as an ambulance permanently stationed outside the camp.

Police say about one hundred refugees temporarily blocked an important road during the protest before peacefully returning to the camp.

Greece's public health watchdog has warned that many migrant camps in the north of the country are unsuitable for long-term accommodation. Many of the camps are little more than transformed industrial warehouses.

The Greek government said that it is building new facilities to relocate the migrants currently housed in such ill-suited camps.

More than 57,000 migrants are currently living in camps across Greece. 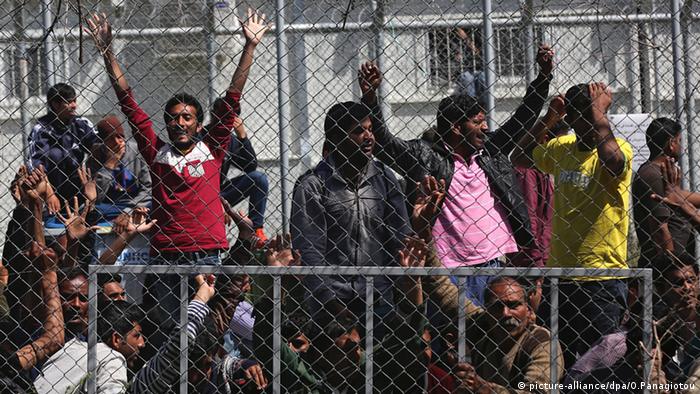 In 2015, more than 850,000 migrants arrived in Greece by sea, according to the United Nations Refugee Agency. However, the number of migrants passing through Greece into Europe has dropped significantly following the European Union's agreement with Turkey to send back illegal migrants arriving in Greece.