Concerts in Germany by singer R. Kelly have been cancelled following the singer's arrest. A petition to #MuteRKelly was launched after accusations he had sexually assaulted minors were the focus of a documentary. 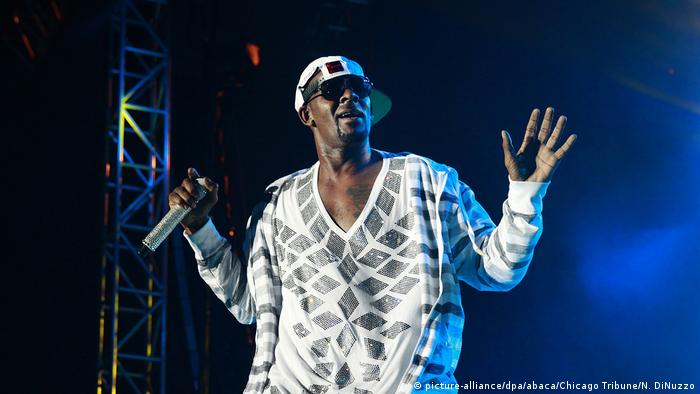 For the last two decades, the Chicago-based R&B singer R. Kelly has been accused of sexually abusing minors. Although he only had to appear before a judge once and was acquitted from the charges he then faced, rumors about the singer have been circulating for years.

On Friday, the singer was arrested  on 10 counts of sexual abuse of four women, three of whom were minors at the time of the alleged assaults.

Surviving R. Kelly, a six-part investigative series that began airing on the US network Lifetime in January brought renewed attention to the accusations against Kelly. Since it first aired, there have been calls on Twitter to cancel the artist: #MuteRKelly suggests having his songs removed from radio air time and music apps.

The singer, for his part, has repeatedly denied any sexual misconduct, even going so far as to release a 19-minute song in 2018 in which he laments, "I am so falsely accused."

In Germany, many Twitter users have adopted a Germanized version of the hashtag campaign — #RKellystummschalten — and by mid-day on Tuesday,  an online petition calling for the cancellation of R. Kelly's concerts in Germany had more than 240,000 signatures.

Salwa Houmsi, one of the organizers of the online German petition, told DW that the group's goal was "to show solidarity with those affected and to demonstrate that we hear their voices and believe them."

With so many signatures on the petition, "we can show that we do not glorify sexual abusers in this country, we do not reward them, and we do not tolerate them," Houmsi added.

Beyond the online campaign, Kelly was forced to hand in his passport as part of the legal agreement that allowed the singer to be freed from jail on bail, ending his hopes of doing a tour of Europe in the spring.

One of the two German concert venues where the singer was scheduled to perform in April announced on Tuesday that the performance had been called off.  "Regarding the new and objective facts, we have decided to cancel the contract," the operators of the Ratiopharm Arena in Neu-Ulm wrote on Facebook.

The other venue, located in Hamburg, told press agency AP that they were in talks with the organizer to cancel the concert there as well. Without a passport, "It's obvious that R. Kelly will not be capable of holding his concert in Hamburg or elsewhere outside the US," the Hamburg arena operator added.

But should have arena operators even been allowed to book the singer to perform in their venue, given the allegations? The concert scheduled for southern Germany had only landed in the Ratiopharm Arena in Neu-Ulm after venues in Ludwigsburg and Sindelfingen had already cancelled the show due to protests. 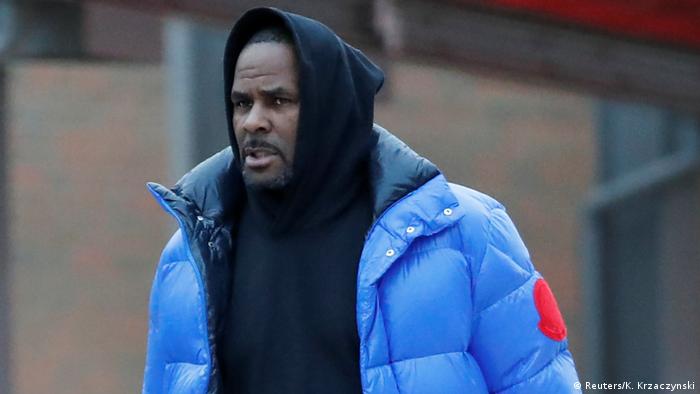 In several cities across the US, the singer had already been told he was unwelcome, with the Philadelphia city council going so far as to passing a non-binding resolution to keep the singer away. "It's about being clear that we will not accept a future where rape is accepted," city council member Helen Gym told the Philadelphia Inquirer afterwards. "We're not going to turn a blind eye to pain and we will not allow the silencing of black women in favor of powerful men."

At the same time, reports of R. Kelly's fans standing by the singer since the documentary's release continue to show up on gossip websites, including one which noted a show by singer at the V75 nightclub in Chicago had sold out, with a majority of those in attendance female fans of the singer.

#MeToo and the art of men accused of sexual assault

Clearly, there is money to be made in hosting a performance by R. Kelly, one of the best-selling music artists of all time, a musician who has not only made it big as a solo artist but who has also written songs for other performers, including Celine Dion, Michael Jackson and Lady Gaga.

But it begs the question: What to do with the art of men accused of sexual assault?

"In the public's mind, man and work seem to be the same thing," writes novelist Claire Dederer in The Paris Review. "Ought we try to separate the art from the artist, the maker from the made? Do we undergo a willful forgetting when we want to listen to, say, Wagner's Ring Cycle? Or do we believe genius gets special dispensation, a behavioral hall pass?"

As the list of famous men who have been accused of sexual assault or misconduct continues to grow, those are questions we need to be asking ourselves not only as individuals but also as communities and societies with a moral code.

The consequences for the cases of sexual misconduct revealed since the launch of the #MeToo campaign in 2017 and the renewed awareness of the crimes it brought to light have been uneven, scattershot.

Kevin Spacey has disappeared from his role of Frank Underwood on House of Cards while a lawsuit is ongoing. At the same time, Woody Allen  continues making movies despite the allegations against him. And comedian Louis C.K. recently returned to the stage in New York to joke about allegations of sexual misconduct that had led to the premiere of his movie, I Love You, Daddy, being cancelled.

Even as the punishments doled out, both legally and in terms of damage to careers and reputations, have been uneven, there is one common thread. As David Sims wrote in The Atlantic, "A broader culture of permissiveness has allowed influential men in entertainment to weather almost any scandal and continue to build their careers."

While each individual has to come to terms with his or her own ethical stances and decide what to do with the art made by men accused of sexual assault, there is the possibility for a societal reckoning evidenced by the online petition and cancellation of R. Kelly's concerts.

"Before we initiated the campaign, there was hardly any media coverage of R. Kelly's shows billed for Germany, " Houmsi pointed out. "But, because of the petition, a new debate started about how we should deal with problematic artists in this country and how much their role as artists and as private individuals can be separated. Those are very important talks that hopefully will continue in the future."

Ultimately, said Houmsi, it boils down to: "Not giving the stage to sexual abusers."

As more people take a stand against the entertainment industry and its coddling of those who, like R. Kelly, have been accused of sexual assault, the broader discussion becomes one of what values a society wants to set for itself. By not accepting "a future where rape is accepted," Philadelphia council member Helen Gym has set a tone that more should follow.