President Vladimir Putin has ordered troops in central Russia on "full combat alert," his defense minister says. The move comes a day after Moscow said it was strengthening security near the Ukrainian border. 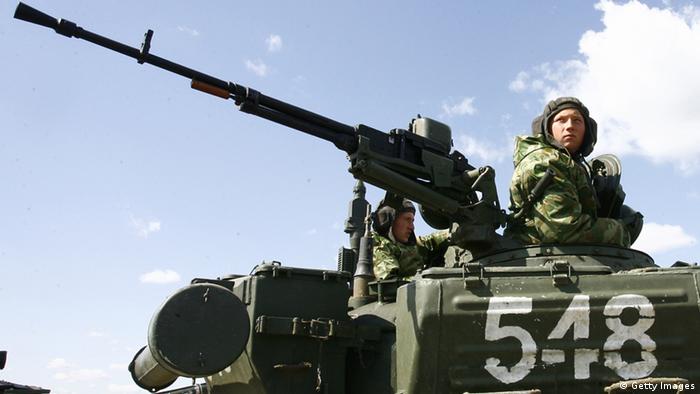 Putin's order came on Saturday, a day after the Kremlin confirmed it was beefing up its military presence at the border with Ukraine.

"In accordance with his order, from 11 a.m. Moscow time (0700 GMT) the troops of the central military district as well as formations and military units located on its territory have been put on full combat alert," Defense Minister Sergei Shoigu was quoted as saying by Russian news agencies.

The status of elevated readiness for the central military district, which encompasses the Volga region and the Ural mountains, will last until next Saturday, Russian news agencies quoted Shoigu as saying.

Some 65,000 soldiers are expected to take part in military exercises that will accompany the full combat rating, according to Valery Gerasimov, the chief of the General Staff of the Armed Forces of Russia. Putin also ordered a drill of airborne troops. Several thousand troops stationed near Moscow are to be moved to the Ural mountains.

Meanwhile, the AFP news agency reported that pro-Russia rebels continued to attack government troops in the eastern regions of Donetsk and Luhansk, despite a unilateral ceasefire on the part of Ukraine's government. Three soldiers were said to have been wounded.

On Friday, Russian officials denied reports that the country was amassing troops close to the Ukrainian border, saying that it had only bolstered security.

The leaders of France, Germany and the United States agreed on Friday to impose additional sanctions against Russia if the Kremlin did not pull back its troops from Ukraine's border and try to convince separatists to lay down their arms.

The leader of the separatist Luhansk People's Republic rejected the proposed pause in fighting, according to the Interfax-Ukraine news agency. Kremlin officials criticized the ceasefire, saying "this is not an invitation to peace and negotiations, but an ultimatum to militias in the southeast of Ukraine to lay down their arms."

On Friday, the US State Department accused Russia of readying tanks and artillery pieces for delivery to separatists in eastern Ukraine.