Putin in China: A win-win situation for Beijing

China's importance for Russia has grown in the wake of the Ukrainian crisis as Russian President Vladimir Putin arrives in Beijing aiming to close a multi-billion dollar gas supply agreement. 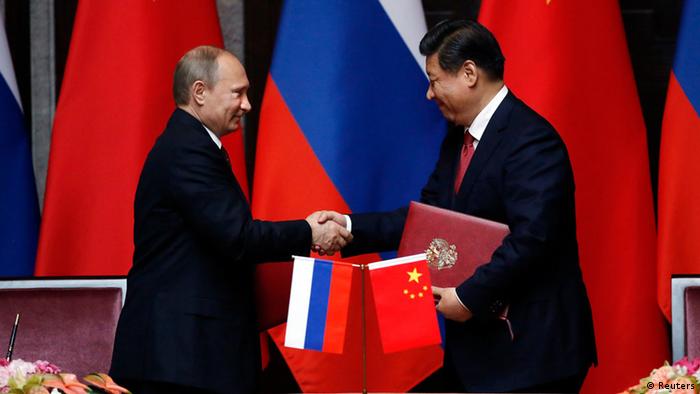 A German proverb says: When two people are fighting, the third one wins. Observers believe this is the case with China as Russia is entangled in a conflict with the West over Ukraine.

The Ukrainian crisis has certainly strained Russia's relations with the West. Sanctions have been imposed on Moscow, and the US and other European countries are planning to slap more on it. Western countries are also trying to reduce their dependence on Russian gas - at least for the long term.

As a result of the rapidly deteriorating relations between Russia and the West, the governmment in Moscow is moving closer towards Beijing. This became clear with President Vladimir Putin's visit to China on May 20. 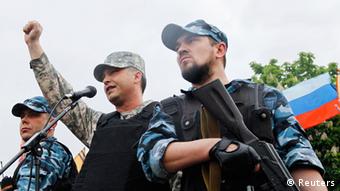 Former Chinese Ambassador to Russia, Li Hui, has admitted that Sino-Russian relations have never been as good as they are these days. In Putin's words, the ties between Moscow and Beijing are at their "peak." Earlier, Russian Prime Minister Dmitry Medvedev said that in future Russian gas could be supplied to China instead of Europe.

The Chinese Foreign Ministry announced last week that a "significant joint declaration" would be announced during Putin's China visit. It also said that the two countries would sign a number of important deals, including a ten-year gas contract. If the deal is closed, Russia will deliver 38 billion cubic meters of natural gas to China, and a pipeline from eastern Siberia to northeast China will be constructed.

China's deployment of an oil rig in waters also claimed by Vietnam has escalated tensions in the region. Wu Sichun, head of Chinese think tank NISCSS, explains why Beijing argues its move was completely justified. (20.05.2014)

While many countries have condemned Russia’s actions in the ongoing Crimea crisis, India is the only Asian power that has backed Moscow. In light of this development, DW takes a look at Indo-Russian ties. (01.04.2014)

Zhao Huasheng, a Chinese expert on Russia, believes the gas pipeline is crucial for Moscow to reduce its dependence on Western gas consumers. Zhao told DW that, at the moment, 80 percent of Russian gas exports were going to Europe.

The fact is that Russia and China have been negotiating this deal for many years, but there hasn't been any breakthrough due to Beijing's objection to the gas price. But it seems that Russia is now willing to make concessions.

"Against the background of the crisis in Ukraine, China's importance for Russia has increased," Margaret Klein, an expert at the German Institute for International and Security Affairs, told DW. Russia is now forced to lower the gas price, estimates the Berlin-based expert.

According to media reports, China has the potential to become one of the largest importers of Russian gas in the coming years. By the end of the decade, China could cover up to one-third of its gas demand from Russia, allowing Moscow to compensate for any potential gas blockade to Western Europe.

But Putin's visit to China is not only about energy supply. The Russian president and his Chinese counterpart Xi Jinping will also attend a significant security conference. Simultaneously, the two countries are set to begin a joint naval exercise near Shanghai for the third time since 2012.

Overall, the Sino-Russian military cooperation could be expanded during Putin's visit, says Klein. "In future, Russia will probably supply defense equipment to China, something it was previously reluctant to do." 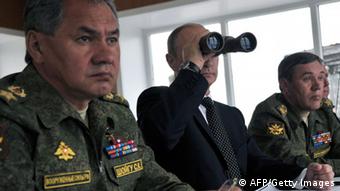 The Sino-Russian military cooperation could be expanded, say experts

Despite the expected improvement of ties between Beijing and Moscow, Natasha Kuhrt, a researcher at the War Studies department of King's College, London, says China would never formally acknowledge a change in internationally-recognized boundaries in relation to the annexation of Crimea by Russia.

"China did not back Russia on either South Ossetia or Georgia when Moscow recognized the two de facto entities. On the other hand, the chaos and instability in Ukraine does not suit Beijing," Kuhrt told DW.

Despite diverging viewpoints on several issues, Zhao sees China and Russia as natural partners. "For a long time, Moscow is trying to balance its ties with the West and the East. With the crisis in Ukraine the process of rapprochement between Moscow and Beijing has accelerated."