China's deployment of an oil rig in waters also claimed by Vietnam has escalated tensions in the region. Wu Sichun, head of Chinese think tank NISCSS, explains why Beijing argues its move was completely justified. 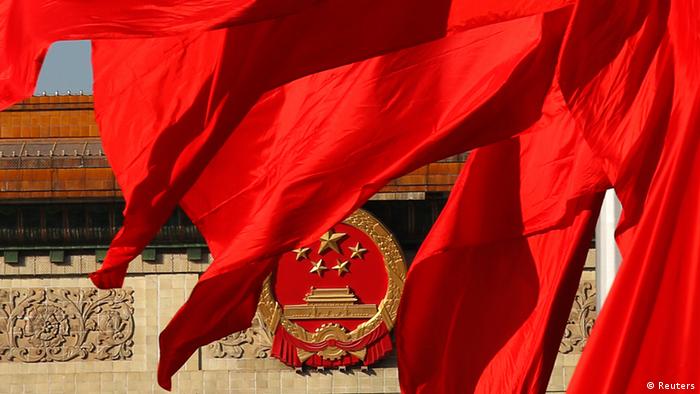 The confrontation began on May 2 when the state-owned China National Offshore Oil Corporation (CNOOC) placed its deep sea drilling rig HD-981 in disputed waters of the South China Sea. Chinese and Vietnamese vessels have since been involved in several collisions, with the two communist countries trading accusations of responsibility. This triggered violent anti-Chinese demonstrations in Vietnam, leaving two workers dead and dozens of factories damaged. China has since evacuated more than 3,000 of its nationals from the Southeast Asian nation.

In a DW interview, Dr. Wu Sichun, president of the National Institute for South China Sea Studies (NISCSS), accuses Vietnam of tolerating the protests in order to put pressure on China and warns that the involvement of the US in territorial disputes in the South China Sea will result in a power rivalry which will only worsen the situation.

DW: Why does China claim it has the right to dig for oil in those disputed waters also claimed by Vietnam?

Wu Sichun: The waters where the CNOOC is currently operating are only 17 nautical miles away from Zhongjian Island (also called Triton Island) which is part of the Xisha or Paracel Islands, the baseline of which was claimed by China in 1996. 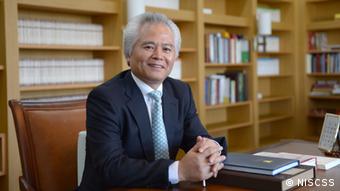 Wu: "The South China Sea has seen more disputes since the Obama administration declared its "pivot to Asia"

According to the UN Convention on the Law of the Sea (UNCLOS), the Paracel Islands are entitled to 200 nautical miles of exclusive economic zone (EEZ). Zhongjian Island is one of the base points of the Paracel baseline. As China's oil rig is located within the contiguous zone of this island, Beijing has the sovereign right to the natural resources. Under this backdrop, China has been expecting Vietnam's reactions and is well prepared to defend its sovereign rights in that sea area against any harassment.

Hanoi also claims sovereignty over this territory. What is your view on this?

If you take a closer look at history, you will find evidence which strongly supports China's sovereignty claim. In 1946, China resumed the control of these islands which had been seized by Japan during the World War II. In 1958, Vietnam's then Prime Minister Pham Van Dong recognized China's sovereignty over the Paracels and the Spratlys in his official note to China's then Premier Zhou Enlai.

Hanoi only changed its position after the country's reunification in 1975. However, in accordance with the principle of estoppels - whereby a party is barred from denying the truth of a fact that has already been settled - China does not believe Vietnam can change its position over the issue of sovereignty.

Recently, Professor Sam Bateman, a Senior Fellow in the Maritime Security Programme at the S. Rajaratnam School of International Studies, presented another line of argument. He pointed out that China's oil rig is 120 miles from Vietnam's coast, and 80 miles from China's Woody (Yongxing) Island which is unquestionably subject to the island regime under the current UNCLOS provisions, and consequently entitled to its own EEZ and continental shelf.

Many experts claim there are not many crude-oil deposits at the current location of the oil rig. Was the decision to place the HD-981 in this precise spot mainly political?

The CNOOC has been operating in these waters for the past 10 years. It has a systematic plan of seismic survey and drilling field investigation. Now, it has come to the phase of setting up the oil rig. Of course, every dig has its commercial risk. In this sense, the exploration of energy sources in the South China Sea is a political decision. This is not to say such a move has no economic consideration. Every country needs diversified sources of energy.

Violent protests have erupted in Vietnam against the deployment of a Chinese oil rig to disputed waters. Southeast Asia expert Gerhard Will tells DW why the agitation could prove to be a double-edged sword for Hanoi. (15.05.2014)

Maritime disputes heat up between China, Philippines and Vietnam

The nations involved in territorial disputes in the South and East China Sea are playing the nationalist card. But by doing so, they are just worsening the situation, writes DW's Rodion Ebbighausen. (15.05.2014)

The US and China have traded accusations over this latest dispute. What message does Beijing want to send Washington?

The US claims to be "taking no sides." However, it is clearly supportive of Vietnam's position and has accused China of being "provocative" and "aggressive" in the Sino-Vietnamese dispute over the oil rig. It is not objective to put the blame on China and depict Vietnam as the victim. It is not helpful to mutual understanding on this issue if the US is taking such a biased position.

The South China Sea has seen more disputes and rising tensions since the Obama administration declared its "pivot to Asia." I think the US should reflect upon its policies in the Asia Pacific, and ponder about what it should say and do to truly contribute to peace and stability in the region.

How have the latest dispute and the ensuing violence affected Sino-Vietnamese ties?

My personal observation is that the demonstrations against China were tolerated, if not encouraged, by Vietnamese authorities with the purpose of putting pressure on China. Unfortunately, the demonstrations quickly escalated and became riots targeting both Chinese people and companies in southern Vietnam. The direct loss of lives and property will certainly damage the bilateral cooperation and create insecurity within the Chinese community in the South Asian nation, which also reminds us of the anti-Chinese movement in the late 1970s.

Many argue that the territorial disputes in the South China Sea can be partly traced to a map published by the Republic of China government in 1947 that included a U-shaped line stretching a long way south of the Chinese mainland, along the shores of Vietnam, down to Malaysia and Indonesia, and back up past the Philippines and Taiwan. Has this "nine-dotted line" been at the root of the dispute?

Current tensions in the South China Sea have definitely not been caused by the U-shaped line, but by the provoking actions of some of the South China Sea claimants in the Paracels and the Spratlys, violating the spirit of the 2002 ASEAN-China Declaration on the Conduct of Parties (DOC).

Though the legal status of the U-shaped line hasn't been clarified by the Chinese government, the theory of "sovereignty + UNCLOS + historic rights" prevails among Chinese scholars. According to it, China enjoys sovereignty over all the features within this line, and enjoys both a sovereign right and jurisdiction as defined by the UNCLOS, for instance, EEZ and continental shelf when certain features fulfill the legal definition of Island Regime under Article 121 of the UNCLOS. In addition to that, China enjoys certain historic rights within this line, such as fishing, navigational and priority rights of resource development.

The Philippines has filed an arbitration case against China at a United Nations tribunal in The Hague, asking for clarification of the legal status of disputed territories. What is your view on this? 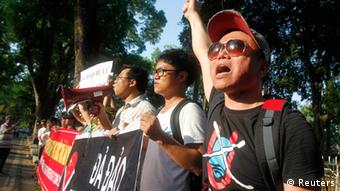 Wu: "The demonstrations against China were tolerated, if not encouraged, by Vietnamese authorities"

China has made clear it will not participate in the arbitration and the rejection is solidly based on international law. The Philippines made several provocative moves to flare up the South China Sea dispute to get international attention and also tried to bring in the United States by strengthening the bilateral military ties and allowing the US to boost its troop presence in the country.

The involvement of the US and other non-regional powers will result in a great power rivalry and competition in the South China Sea that is not helpful and will only worsen the situation.

The Sino-Philippine dispute in the South China Sea boils down to a conflict over territorial sovereignty and maritime delimitation, which involves historical, legal, geopolitical as well as factors. Hence, this issue is not about the interpretation and application of the UNCLOS. The core of the dispute is that the Philippines has illegally seized China's insular features in the South China Sea. China has indisputable sovereignty over Nansha Islands and their adjacent waters, which is based on sufficient historical and legal proof.