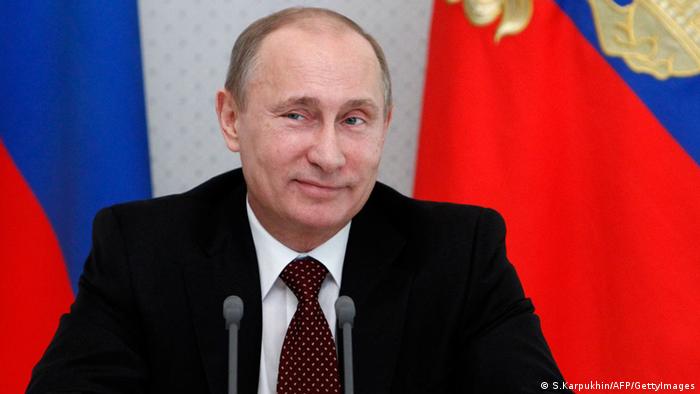 Putin applauded Russians for their patriotism in the Wednesday address, in particular lauding the way that ordinary Russians had greeted Crimea's annexation from Ukraine.

"Love for one's motherland is one of the most powerful and uplifting feelings," said Putin. "It manifested itself in full in the brotherly support to the people of Crimea and Sevastopol, when they resolutely decided to return home."

"This event will remain a very important epoch in domestic history forever," Putin went on.

"As we review the passing year, I would like to sincerely thank you for unity and solidarity, for the deep feelings of truth, honor, justice and responsibility for the fate of your country, for the unfaltering readiness to defend Russia's interests," he said.

Putin came to power on December 31, 1999, when as prime minister was handed the top job in a surprise New Year announcement by ailing President Boris Yeltsin. Fifteen years later, having spent four of the intervening years as premier before returning to the presidency, critics blame him for an unfolding economic crisis - precipitated by sanctions and falling global oil prices - which is predicted to throw Russia into recession in 2015.

The way the country would cope, said Putin, depended upon its people. "The year will turn out the way we make it," Putin said. "We have to fulfill, implement everything we had planned for our own sake, for the sake of our children and the motherland."

The president noted that, in February, Russia had staged the "best Winter Games in history" in Sochi, and that the Olympic dream "came true" there.

The address was broadcast in Russia's Far East many hours before it was due to go out in Moscow just before midnight.

The Kremlin also gave details of messages that Putin sent to the leaders of 35 other nations as well as international organizations such as the International Olympic Committee.

But while Russian-backed President Viktor Yanukovych was a recipient last year, there was a notable absence of any message to current Ukrainian President Petro Poroshenko.

Russia annexed Crimea after the toppling of Yanukovych in March, which triggered a pro-Moscow secessionist movement and armed uprising in the Black Sea peninsula and some of Ukraine's eastern regions.

Messages to the West

Moscow's relations with the West took a battering over the conflict in Ukraine in 2014, with Washington and Brussels both imposing sanctions. However, Putin did send messages to Western leaders that called for future cooperation.

In his New Year greeting to US President Barack Obama, Putin noted that next year was the 70th anniversary of the end of World War II - a reminder of "the responsibility that Russia and the United States bear for maintaining peace and international stability."

Putin said he looked forward to working with his US counterpart to maintain "peace and international stability," but only on a basis of "equality and mutual respect."

Putin's message for German Chancellor Angela Merkel said he hoped to continue "constructive dialogue" and strengthen the partnership between both countries.