Veteran human rights activist Lev Ponomarev has announced the dissolution of his For Human Rights movement. He was recently labeled a "foreign agent" himself, as authorities turn up the pressure on perceived enemies. 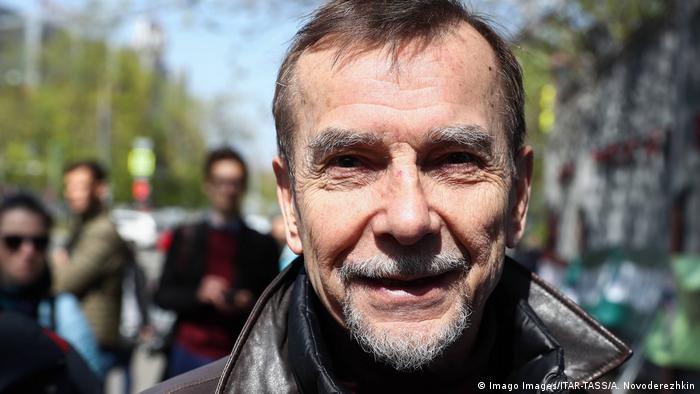 Lev Ponomarev is one of Russia's most prominent human rights activists

Just ahead of the winter holidays at the end of last year, Russian lawmakers rushed through a host of new laws, including an addendum to Russia's law on "foreign agents." Before, only registered organizations and media outlets could receive the label. Now, individuals and even unregistered public movements involved in politics and financed from abroad can be branded.

The label "foreign agent" implies Cold War-style spying, and in practice it can mean discrimination, punishing bureaucratic hurdles, and fines.

The two recent changes to the legislation seemed almost tailor-made for the well-known human rights activist Lev Ponomarev. In December, Ponomarev was one of the first five individuals to be declared a "foreign agent media outlet" in Russia — a label the activist calls absurd and "almost funny." He was on the list along with a feminist activist and three journalists.

Ponomarev is one of the founding fathers of the Soviet, and later the Russian, human rights movement. Along with two Moscow-based NGOs, the 79-year-old activist runs the Russia-wide organization For Human Rights, which has operated for over 20 years. It fights for constitutional rights and freedoms — and against individual and systematic human rights abuses in the country. 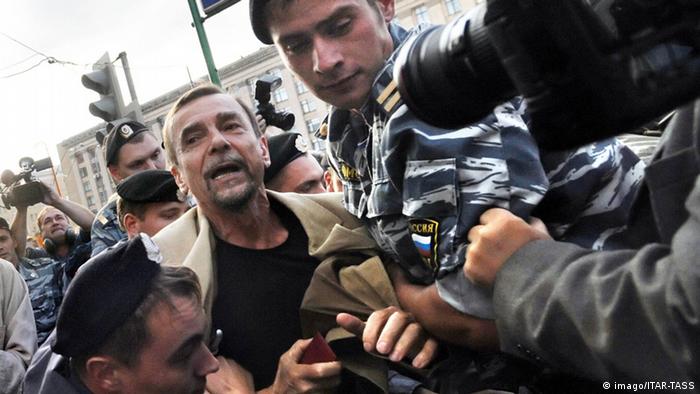 Ponomarev says the movement unites about 1,000 activists across Russia. Now he has been declared a "foreign agent," he says, those activists will no longer officially be united under the umbrella of his organization. "The brand For Human Rights and even my name as a fairly well-known figure used to help them. But now it will get in their way," he says.

On Tuesday, Ponomarev announced that he is dissolving the movement to avoid its being labeled a foreign agent, which would lead to fines for the regional activists. "The authorities have not yet taken the decision that this national public organization is a foreign agent. But I don't want to wait for that. To me it is obvious that that will happen," he tells DW. "They are doomed because I am the chairman of this movement and I have the stigma of being an individual foreign agent."

Ponomarev insists his activists across Russia will continue their work and that he will support them. "I am liquidating the organization in order to keep working effectively," he explains, laughing at the absurdity of the situation. 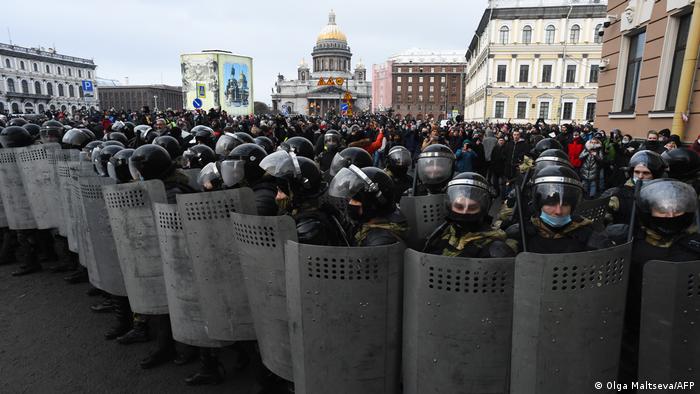 Ponomarev has been playing a cat-and-mouse game with authorities over "For Human Rights" for years. The organization in 2013 was forcibly evicted from its Moscow offices. In 2014, it was first labeled a "foreign agent."

The Supreme Court dissolved the organization in 2019 for "violations" — without giving details. Ponomarev resurrected "For Human Rights" by creating a loose movement that he didn't register as a legal entity.

But the newest rules are vague enough to be applied even to organizations that are not registered. "They picked me out and they are honing their techniques on me," he tells DW, explaining that he and his organization have often been among the first to be hit with new laws.

According to Jens Siegert, an independent political analyst based in Moscow, it is unclear why Ponomarev in particular has become "one of the stand-out targets of the state," wagering it could be because of the activist's "reputation and his many connections."

Alexander Cherkasov, board president of the human rights organization Memorial, argues that Ponomarev is a target because "he has always been someone who doesn't think about his image, who is on the forefront, who is always the most uncomfortable figure for the authorities." 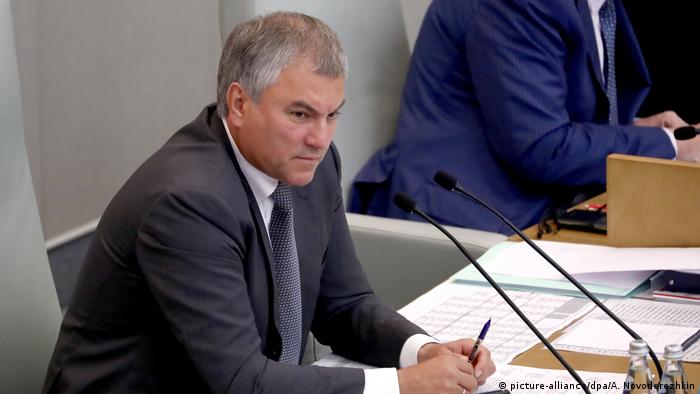 Political analyst Siegert agrees. "These attacks are all-encompassing. All organizations that deal with the topic [of human rights] have received fines and have been declared 'foreign agents.' They just deal with the label in different ways," he tells DW. 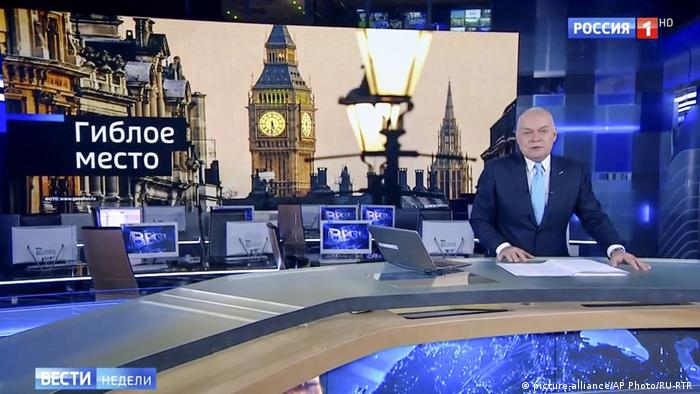 State TV presenters, like Dmitry Kiselev, regularly accuse the West of "Russophobia," including over the 2018 poisoning of Sergei Skripal

Russia against the world?

In the past few years, Russian authorities and state TV have been painting a picture of Russia as a nation under siege. Western sanctions over the war in Ukraine, accusations of state-sponsored doping, and the apparent use of chemical weapons against opponents like the former spy Sergei Skripal or the opposition politician Alexei Navalny — all of these cases are portrayed in Russia as groundless "Russophobia."

And critics of the authorities within Russia — including human rights organizations — are regularly presented as agents of the West. The Speaker of Russia's lower house of parliament, Vyacheslav Volodin, said in December that the tightening of "foreign agent" laws is necessary to protect "Russia's interests."

Analyst Jens Siegert thinks the pressure on human rights organizations could rise even further in the run-up to parliamentary elections. President Vladimir Putin's party, United Russia, is pushing to get a strong majority in the Duma. "They might tighten the screws a bit more […] because the Kremlin is concerned the results could end up not being quite what they want." 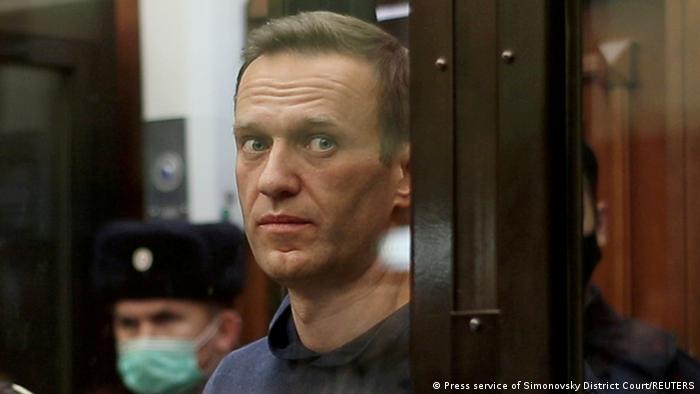 Lev Ponomarev is defiant in the face of the growing pressure against him and his organizations — and has vowed to keep working. He thinks authorities are trying to "scare young people off, to stop them from working with or for human rights organizations.

But Ponomarev tells DW the actions of the authorities make him concerned for Russia more broadly. "Essentially the human rights movement in Russia is being destroyed. It's clear that "foreign agent" means enemies. All human rights activists have been declared enemies and they're being destroyed."

Ponomarev insists that adherence to human rights is the basis of a peaceful post-war world order. "The path that Russia has chosen — one of total self-isolation and an essential refusal to protect human rights — that is a dangerous path. And it's a path that leads directly to war."