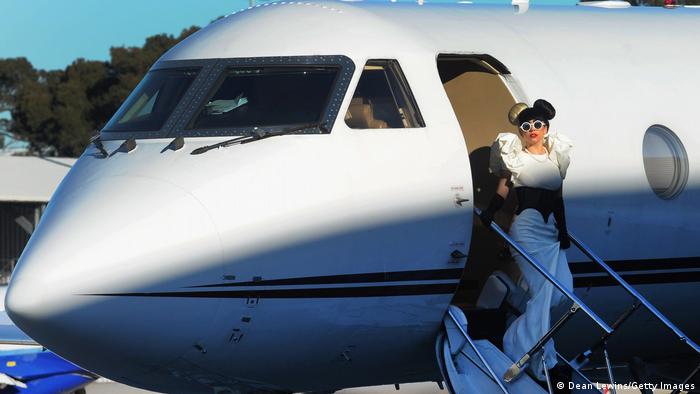 Private jets can be addictive for those with enough money. Once tried, it can be hard to step onto anything else. They fly in and out, often unnoticed. Passengers can avoid waiting in line for security checks. For decades, they have carried the famous and superrich from private airfields. They are the ultimate status symbol.

But since the start of the pandemic, more passengers have gravitated to private planes big and small for other reasons — like keeping ample distance from fellow travelers; or just getting to places where commercial airlines have stopped flying.

Now, the new omicron coronavirus variant is a reminder of the dangers of global travel, as a number of countries have closed their borders to foreigners. It's possible this will increase the use of jets by business people, and the growing number of millionaires and billionaires who have travel fever and accounts full of cash.

Although rich travelers are the ones demanding seats on private jets, it is private jet charter businesses that are actually buying the jets in significant numbers.

The largest company, NetJets, already has a diverse fleet of more than 760 aircraft for six to 14 passengers — making it one of the biggest aircraft operators in the world.

Such companies offer a number of prepaid subscription programs to guarantee a certain amount of flight hours, or options to buy a share of a jet. Most also offer one-time charters or other leasing models. 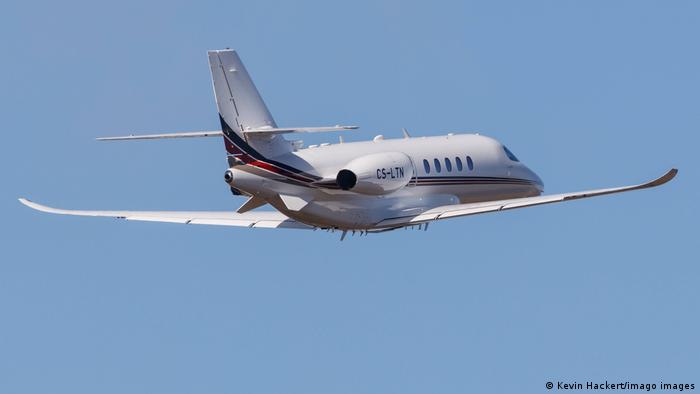 Recently, NetJet's membership card programs have proven so popular that they have sold out. The company is currently only adding names to a waiting list because of "today's unprecedented flight demand," according to its website.

This year, private jet flight hours are expected to be almost 50% higher than 2020, according to the latest Global Business Aviation Outlook put out in October by Honeywell Aerospace. That amounts to about 5% more hours than before the pandemic.

And not just more hours are being logged. After a 2020 when deliveries fell, once again more jets are being sold. Based on industry insights and surveys, the Honeywell report also expects a big shopping spree, with around 7,400 new business jets valued at a total of $238 billion (€211 billion) to be delivered over the next 10 years.

NetJets put in an October order for up to 100 six-seat Embraer Phenom 300s, one of NetJets most-requested planes. That comes on top of the 100 it already owns. In total, the company is investing around $2.5 billion in new aircraft, to be delivered between now and the end of 2022, the company confirmed.

Besides Embraer, other manufacturers such as Cessna, Gulfstream, Bombardier and Dassault Falcon also plan to step up production of light and medium-size jets. 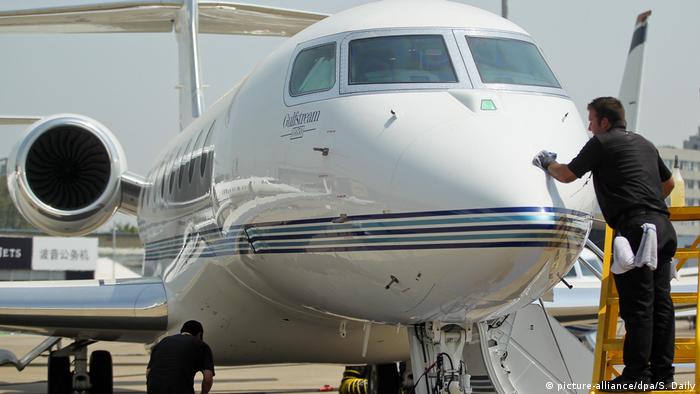 Around 90% of business jet operators reported that their purchase plans had not been negatively impacted by the ongoing pandemic or increased environmental concerns.

CO2 emissions from private jets in Europe alone increased by nearly a third (31%) between 2005 and 2019 — that is even before the current spike — rising faster than commercial aviation emissions, found a 2021 report from campaign group Transport & Environment (T&E).

The report revealed the climate impact of private jets across Europe. It noted that private jets were 10 times more carbon-intensive than airliners on average.

T&E pointed out however, that private jet owners, who have an average wealth of €1.3 billion, could be part of the solution by contributing to the development of greener technology that could help accelerate innovation and clean flying for all. 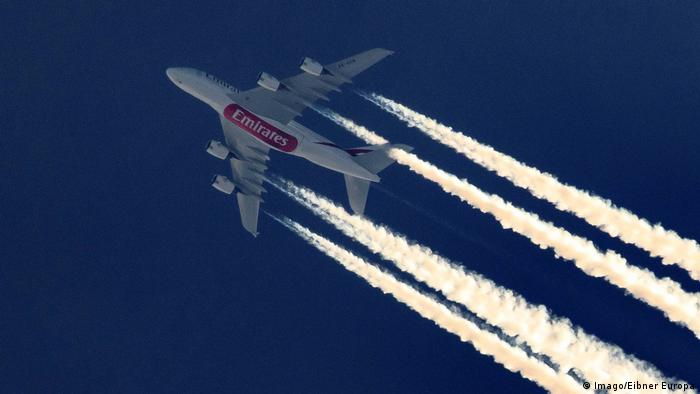 Though absolute CO2 emissions from aviation are small, planes have an outsized climate impact due to other effects

The fact is that hardly any order cancellations have been booked. Other industry analysts like JETNET iQ can imagine even higher sales growth in the near future.

As in the past, North America will continue to play an outsized role in the industry. Honeywell predicts that around 63% of worldwide demand for new business jets will come from operators there over the next five years. Europe is expcted to account for 16%, and the Asia Pacific region for around 12%.

In another sign of a tight market, business jet operators are also purchasing more used aircraft. This reflects how manufactures were not prepared for the higher demand, driving up prices on a shrinking inventory of used planes.

Honeywell found that global operators expected to replace or expand 28% of their fleets with used jets over the next five years. Overall, 65% of respondents expect to operate their business jets more in the coming year. 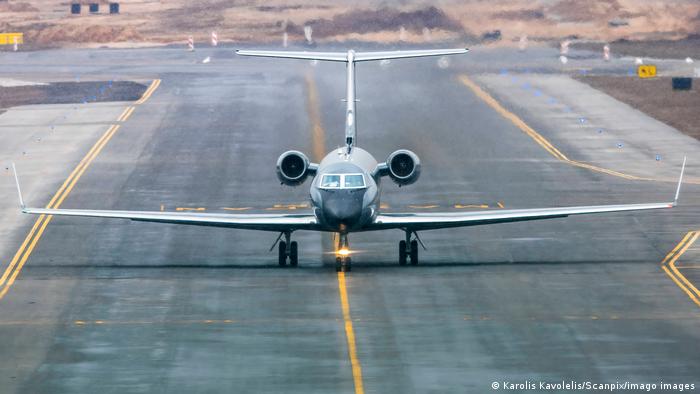 This is all in sharp contrast to commercial aviation's slow recovery, which is much more sensitive to lockdowns, travel bans and low passenger numbers.

While short-haul and regional travel, particularly in China and the US, is recovering, "long-haul travel continues to recover slowly, though the opening of the US to vaccinated travelers last month will drive substantial demand," Karthik Venkataraman, leader of the Americas Airlines logistics and transportation sector for management consultancy Bain & Company told DW.

Though he expects 2022 to bring steady recovery, uncertainty fills the air. "We believe fundamentally that people want to travel, but it will likely be 2025 or beyond before we return to 2019 levels, and airlines will need to remain responsive to demand and supply trends," he concluded.

Additionally, the future could be disrupted by less business class travel, high fuel prices, a desire to fly green or increased pressure to avoid flying all together. 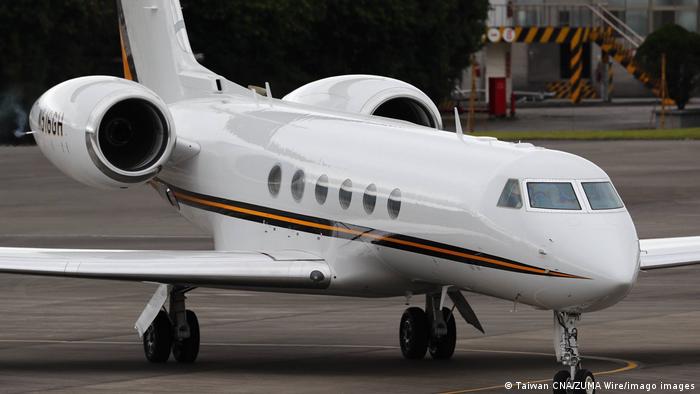 Often sleek with little markings, private jets wiz in and out of the world's airfields

Nina Wittkamp, a partner at consultancy McKinsey in Munich, is also cautious, and believes commercial air travel will recover in 2023 and 2024. "Demand for leisure and travel involving visiting friends and family is expected to return in 2023, while business lags behind leisure," she told DW. "Leisure travel is recovering much faster due to pent-up demand."

For customers, she sees the possibility of ticket price increases. For commercial jet makers, she expects that "many aircraft markets may be oversupplied for some time as airlines have been restructuring their fleets."

Yet while the commercial end of the aviation business slowly sputters on, the private jet sector seems to have caught a real tailwind, with increased traffic and longer waits for business jets.

In the end, though, private business jet travel is for the very few. For the millions of other travelers stuck at crowded airports, having to wait a bit longer for that perfect charter jet would be a nice problem to have.

The airline, which is based at Frankfurt Airport, was hit hard by the lack of travelers last year. The German government had previously stepped in to bail out the carrier.