Sustainable fuels are seen as key to making carbon-neutral flying possible. But there are some major hurdles preventing these cleaner alternatives from getting off the ground. 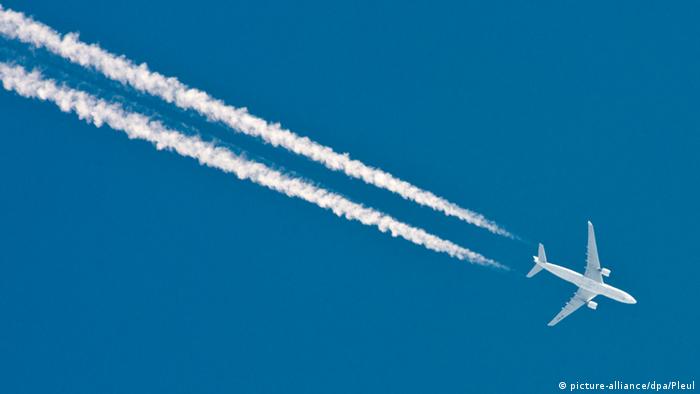 On the day that the International Air Transport Association (IATA) announced a commitment to reach "net zero" CO2 emissions by 2050, the nonprofit organization Atmosfair has opened the world's first plant to produce carbon-neutral jet fuel.

The group, which offers offsets for emissions from flights, announced Monday that its site in Emsland, in northern Germany, is expected to begin producing eight barrels (about 1 ton) of synthetic kerosene a day in early 2022. Atmosfair did not disclose how much the project cost or how it was funded.

Synthetic kerosene, also called e-kerosene or power-to-liquid (PtL), is seen as having huge potential to slash the aviation industry's carbon footprint. But there are a few reasons the green fuel hasn't taken off yet.

Flying is one of the most carbon-intensive ways to travel because planes are powered by fossil-based kerosene. The aviation sector is responsible for around 2 to 3% of global CO2 emissions, and it wants to reduce its footprint to half of 2005 levels by 2050. But decarbonization is going to be a huge challenge.

E-kerosene is a type of Sustainable Aviation Fuel (SAF) that can be blended with conventional jet fuel to bring down flight emissions.

SAFs are mainly biofuels made from sustainable feedstocks, such as waste products or agriculture residues. They're seen as a promising alternative because they can reduce emissions by up to 80% over the lifetime of the fuel compared to fossil kerosene.

The Atmosfair plant in Emsland is aiming to produce carbon-neutral synthetic kerosene by combining hydrogen generated by renewable electricity (from nearby wind turbines) and sustainable carbon dioxide — captured from the air and biomass.

The output is to be mixed with conventional kerosene and transported to Hamburg Airport to fuel flights, including those of German carrier Lufthansa.

Current engines can technically run on up to 50% sustainable fuel, but that's far from being a reality right now. SAF production is currently about 0.1% of the total aviation fuel consumed globally, according to the IATA.

How much sustainable fuel is out there?

Some governments have introduced quotas in an effort to drive those numbers up. Germany, for example, wants 0.5% of the 10 million tons used by the German aviation industry each year to be e-kerosene by 2026, with that rising to 2% or 200,000 tons by 2030. 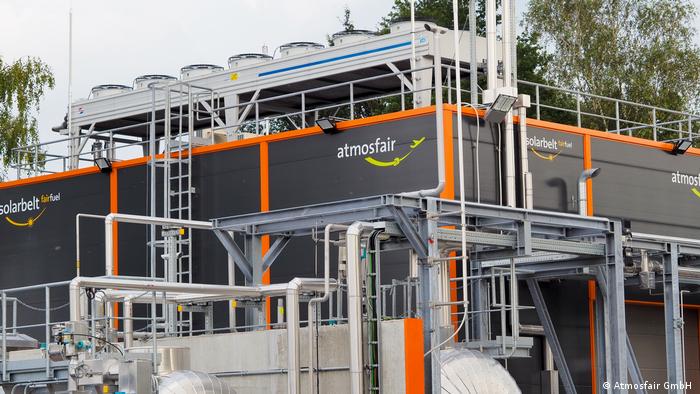 Meeting those targets is going to require a massive ramp-up of production and, as German Environment Minister Svenja Schulze pointed out at the inauguration of the e-kerosene production site, this only makes sense if renewables are boosted at the same time.

"PtL fuels only serve climate protection if green hydrogen is used. For green hydrogen, we need much more electricity from renewable energies," Schulze said, adding that the technology is available and functional. "It's now up to businesses to scale this and I hope many will follow the call."

The Atmosfair plant in Emsland is only small, and isn't designed to run in the long-term, according to the organization's CEO and founder Dietrich Brockhagen.

"But we wanted to take the first step in Germany to try out the technology here and gain experience," he said.

Ulf Neuling, Renewable Fuels Group Leader at the Hamburg University of Technology, said the Atmosfair plant is "a step in the right direction to push the production of e-fuels for aviation and to start to get into commercial application."

But he stresses there will ultimately have to be bigger plants with higher production capacities if Germany wants to bring down the cost of e-fuels and scale-up the technology.

About 40% of the electricity Germany produces still comes from fossil sources; 45% comes from renewables, but much of that is diverted to help other sectors decarbonize.

Atmosfair's Dietrich Brockhagen says current green electricity growth rates mean aviation worldwide could be fueled 100% by e-kerosene in less than a decade. But: "There is competition with other sectors, where electricity is needed more, such as rural electrification. So it's doable, but it's a question of resource allocation and distribution, and hence of policy priorities."

Neuling adds that the huge demand for green energy means Germany will ultimately have to import electricity from other places with high potential to produce renewable electricity cheaply, such as North Africa, the Middle East or Latin America. 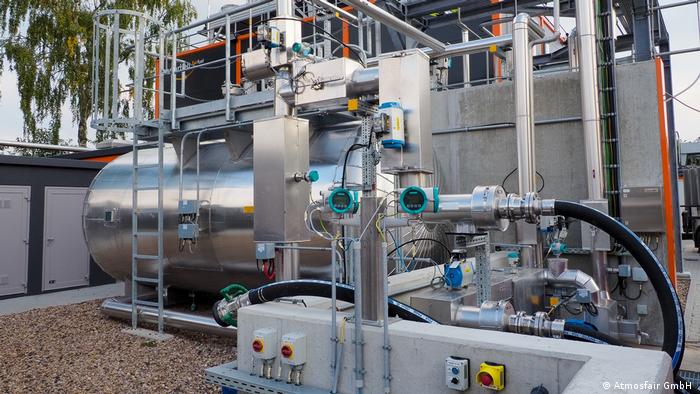 Germany wants 2% of aviation fuel to be synthetic by 2030.

A future of climate-neutral flights?

E-kerosene, provided it is produced with renewable electricity and available on a larger and more affordable scale, could play a significant role in making flying CO2-free — something that will likely take decades to happen.

Manuel Grebenjak, a campaigner with the Stay Grounded network, says the focus on testing alternative fuels to allow us to keep flying is a distraction from the real problem.

"We are in a climate emergency and have no time to lose. Only a reduction in air traffic can reduce emissions fast enough right now,” he said.

"At the same time we still do not produce enough renewable energy. So we have to decide: do we want to use precious green energy for essential things or for luxury activities of a global minority?”

Besides CO2, planes streaking across the sky release other gases and water vapor into the atmosphere that also contribute to global warming.

Atmosfair says optimizing flight routes and altitudes could help bring these non-CO2 effects of flying close to zero. But it acknowledges that this would require more fuel, and thus more electricity in the long run, given that the production of e-kerosene is so energy-intensive. It's just one more problem that will need to be tackled if climate-friendly flying is ever to become a reality.

One businessman's road to carbon neutrality