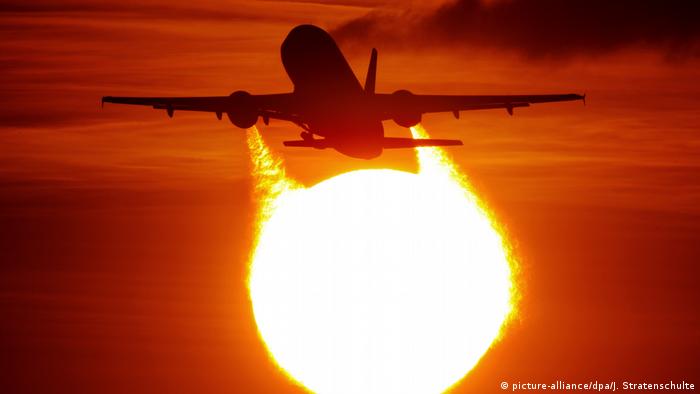 Flying is one of the most carbon-intensive ways to travel — besides emissions from jet fuel, planes also release gases and water vapor that contribute to global heating

As the pressure to cut our carbon emissions grows, offsetting schemes are being touted as one option enabling us to continue CO2-intensive activities — like flying — without a guilty conscience.

Offsetting a flight, for example, might involve paying a scheme that supports reforestation in Brazil or solar energy in Madagascar. The idea is that these projects save emissions that would otherwise end up in the atmosphere and thus balance out the CO2 emitted from a plane trip.

Each year, about 1 million people use German nonprofit atmosfair to offset their emissions from travel. 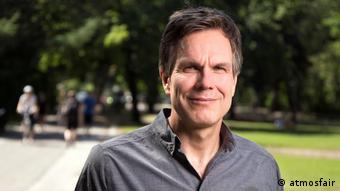 In 2020, that amounted to savings of 1.2 million tons of carbon dioxide — equivalent to around 500,000 people flying from Europe to New York and back.

Carbon offset programs can be controversial, though. Critics say they allow polluters to keep polluting without cutting emissions at their source and that they won't help us meet the Paris targets, which aim to limit global warming to 1.5 degrees Celsius above preindustrial levels.

DW's environment podcast "On the Green Fence" spoke to atmosfair founder and CEO Dietrich Brockhagen about when offsetting makes sense and when it strays too close to greenwashing.

DW: How big a role does carbon offsetting play when it comes to reaching the Paris targets? Will we be able to reach the targets without it?

Dietrich Brockhagen: Not only must we reach the targets, but we must reach them without offsetting. Offsetting only buys us time and can be a useful accelerator. But the 1.5-degree target of the Paris Agreement can't be achieved with offsets at all. Offsets always mean that emissions have to be saved elsewhere. The priority always has to be to avoid emissions or cut emissions at their source.

Do you get the sense that more and more people are willing to offset? Is this a growth market?

Absolutely. We have been growing, slowly, from 2010. But after 2018 there was a big leap. And this was obviously due to Fridays for Future, which brought the topic of climate change and travel to the family breakfast table. There was a huge leap in awareness, especially in northern Europe, and it really led an entirely new section of the population to think about offsetting.

If I choose to offset a flight by donating to atmosfair, what happens with that money?

You have several options, but if you leave it open, we are free to use it in whatever project we see fit. We could give it to our project in India, where we manufacture fuel-efficient cookstoves that cost about €23 ($27) to produce. We subsidize that by around 80%-90%, so your money would go towards subsidizing the stove so that even the poorest family in West Bengal can afford it. These stoves replace the open fire by the stove, saving the fuelwood usually burned, so trees are no longer cut down in the forest nearby.

One of the concerns people could have when they donate to projects like this is: How can they be sure their money is ending up where it's supposed to?

I really encourage everyone to do this — you can hold the feet of your offset provider to the fire here. We use a control mechanism run by the United Nations Climate Secretariat. There are only 20 auditors who are accredited to carry out verifications of the projects, and they come to our projects annually. They go into the field and check whether the stoves are being used. If they don't find the stoves, it goes off our list and our numbers get worse. When they find the stoves, they interview the owner to see how often it's used. They then send their verification report independently to the UN, and the UN then uploads it on their website. So you can look up our projects, and you will find officially signed documents from third-party auditors there. 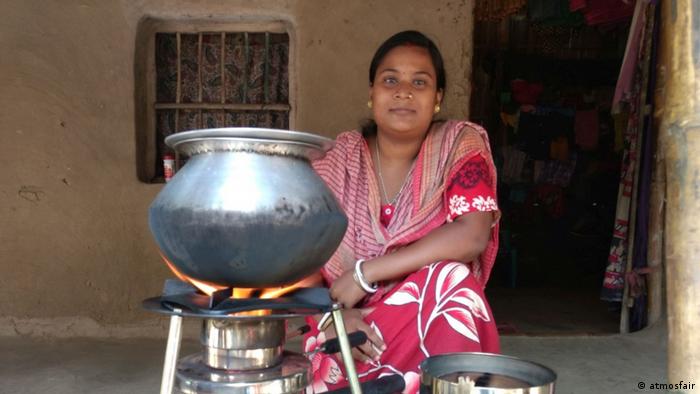 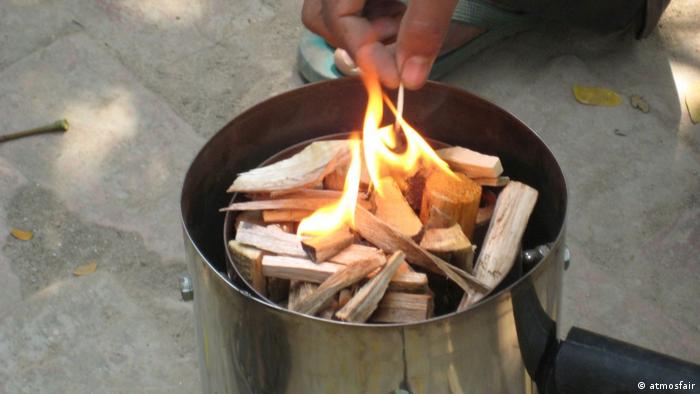 What is, in your view, a good way to offset and what is bad offsetting?

The first question would be: Is there a better alternative available? "Available" means that it's sitting there on the shelf, that I can buy a product with a smaller carbon footprint right now. Let's take milk, for example. You don't need to buy cow's milk today, you can replace it with oat milk or soy milk, which have a smaller carbon footprint. So switching to a different form of milk is better than just sticking to cow's milk and offsetting it. Today you don't need to drive a fossil fuel-based private car. You can take the train or bicycle, or do car sharing. And that is why we also wouldn't offset car travel, because there is a better solution.

Right. Where does offsetting make sense then?

One example would be some long-haul logistics. Shipping, for example. For some goods, you have to use a ship and fossil fuel will be burned, but there aren't many alternatives. And of course, everything connected to flying if the reason for your trip is deemed to be essential. 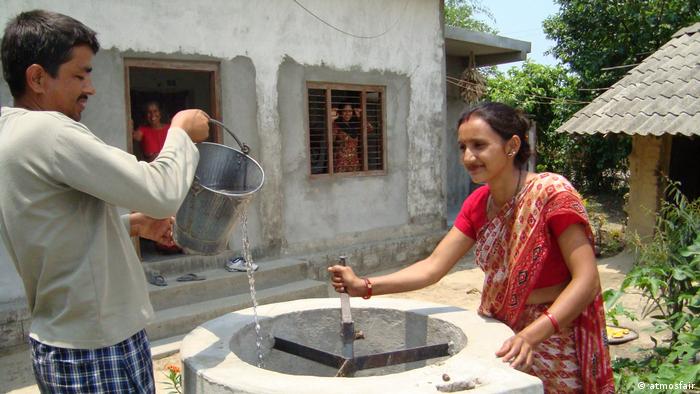 Atmosfair funds renewable energy projects in more than 15 countries in the Global South. Its biggest one provides small biogas plants to rural households in Nepal 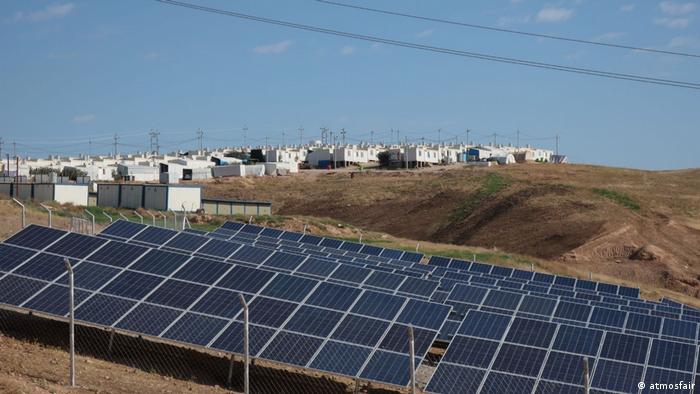 You have said the best flight is the flight that doesn't take off. It sounds like a contradiction given that atmosfair enables people to carry on flying with a calmer conscience in a way, doesn't it?

You're right. It is a contradiction in a way. But you can resolve it by saying that offsetting is only the second-best solution. Once you have decided that for whatever reason you have to board a plane, then all of a sudden offsetting becomes the best available solution because then you are polluting anyway — this decision has been made and offsetting is the only real option on the table.

Offsetting schemes do face criticism, and sometimes the harshest critics are found in environmental quarters — activists who often compare it to a modern-day indulgences trade. How does that make you feel?

I'm happy that they are there because there is so much bad offsetting around, you can't deny it. There have been so many bad projects where obviously money was never present, or was wasted on a project that didn't work out, or that didn't save any carbon at all. But even if it works out, if offsets are used too light handedly, then it easily can come close to greenwashing. There are many companies launching so-called "climate neutral products," which is just greenwashing, because greener solutions exist but are not used, and emissions are just offset. That's when offsetting gets in the way of a better solution. As long as you respect the rule that offsetting must be limited to the hard-to-avoid sectors like aviation, where there's no other practical solution, then you don't get into this trouble.

Dietrich Brockhagen is the founder and CEO of atmosfair. He is a physicist, environmental economist and former adviser to the German Environment Ministry.

This interview was conducted by Neil King and has been edited for clarity and length. It features in this aviation episode of "On the Green Fence" alongside interviews with Ryanair, United Airlines and Stay Grounded.

Most of the world's major airlines have agreed on a framework treaty aimed at reducing aviation's carbon footprint, making it the first commercial sector on its own to tackle the effects of climate change.

Coronavirus: How can travel be more sustainable post-pandemic?

The COVID-19 pandemic has crippled global tourism, but there's been a growing demand for a sustainable reboot of the sector as a whole. How do tourism industry leaders and trendsetters see the future of travel?