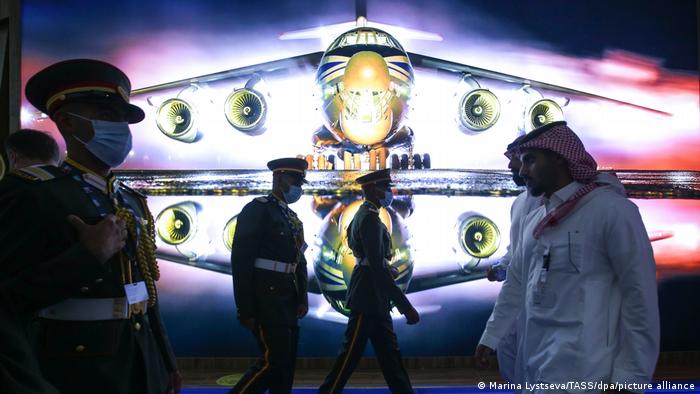 For many travelers, November 8 was Freedom Day. That was the day the US finally started to allow in fully vaccinated foreigners — with approved vaccines — after being closed off for more than 18 months for the European Union, the UK, Brazil, China and India.

For airlines, full trans-Atlantic planes were an optimistic sign that global travel was finally getting back to some form of pre-pandemic normal. Whereas US carriers are heavily invested at home, a number of big European airlines are particularly dependent on lucrative North Atlantic services. Air France-KLM generates 40% of sales here, while Lufthansa brings in 50% of its sales.

Yet even before the coronavirus hit, the airline industry was reeling from two Boeing 737 MAX crashes that killed nearly 350 passengers. China was the first country to ground its fleet and a total global ban followed. When 737 MAX flights resumed in many places in December 2020, airlines didn't need them as unused planes were parked around the world waiting for passengers. 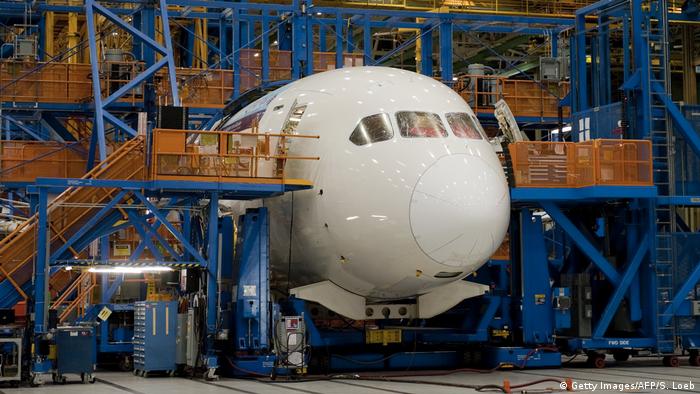 Due to production slowdowns during the pandemic, delivery capacity is lagging, which could hamper meeting new demand

Just months after the first announcement of the coronavirus, many countries closed borders, imposed lockdowns and quarantines for travelers in the spring of 2020. Plane-makers slowed or stopped production. Airlines mothballed jets and furloughed employees. Some canceled plane orders or tried to defer delivery or payments. Others even packaged and sold their in-flight meals to nostalgic non-flyers.

Hope from the Middle East

Now this week at the five-day Dubai Airshow, some airlines are making big plans again. The expo is the first big trade show since the start of the coronavirus pandemic and is seen as a good indicator of things to come. Big manufactures have a lot to prove and a lot to lose.

Airbus announced that it had a group order from a private-equity-backed consortium of airlines for 255 of its A321 planes though it did not reveal the price tag. Of that, 102 will go to Hungarian low-cost airline Wizz Air, 91 to US carrier Frontier Airlines, 39 to Mexico's Volaris and 23 to JetSMART in Chile. Additionally, Kuwait's Jazeera Airways agreed to a tentative deal to buy 28 new A320neo jets. 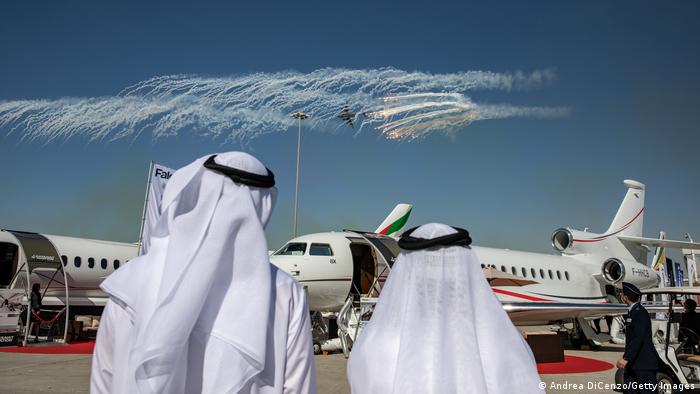 Guillaume Faury, CEO of Airbus, is optimistic about the future, though the business is not back to where it was in 2019. From Dubai, he told Bloomberg TV that the industry is starting "to see the light at the end of the tunnel" as traffic goes up. As old planes are retired and replaced with more fuel-efficient ones, he expects smaller business jet sales to recover quicker than big wide-body long-haul planes.

For its part, Boeing said that India's startup Akasa Air had ordered 72 of its 737 MAX planes. The plane-maker also has a contract to convert 11 of Icelandic's passenger 737s into cargo planes.

In total, manufacturers announced over 500 orders at the Middle East airshow. It is a positive signal, but most of the orders are for small cheaper aircraft instead of the impressive wide-body planes like the double-decker Airbus A380 or the Boeing 777. 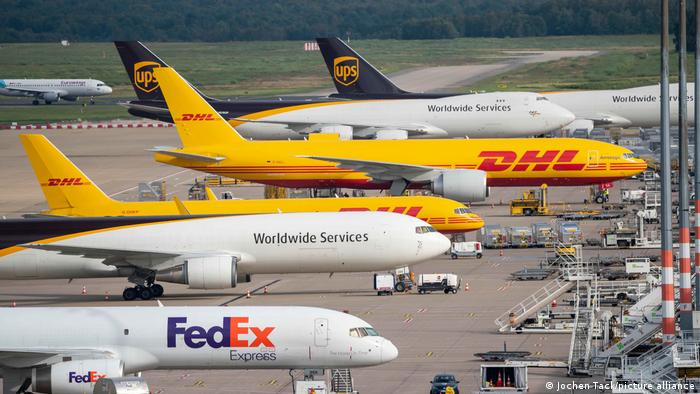 Slowly getting back to normal

One bright spot over the past year has been the growing importance of freight planes. With fewer paying passengers, these planes have been a lifeline to many airlines. With the shipping industry strained and the acknowledgment that global supply chains are not working properly, this could remain a growing business for airlines.

The other big lifeline for airlines around the world was government largesse. Many American airlines took advantage of the country's multibillion bailout funds. Other nations helped out their airlines in the form of loans, credit guarantees or cash infusions.

On November 12, Europe's largest airline, Lufthansa, announced it had repaid all aid money received during the epidemic ahead of schedule. The company had been offered a €9 billion rescue package from a group of European governments. In the end, the company only took €3.8 billion.

Though these aid programs and massive borrowing have softened some of the blow, airline industry losses for 2020 were $138 billion (€121.9 billion), according to the International Air Transport Association (IATA) trade organization, which represents 290 airlines comprising 83% of global air traffic. The group expects the losses for this year to come in at around $52 billion and $11.6 billion in 2022. 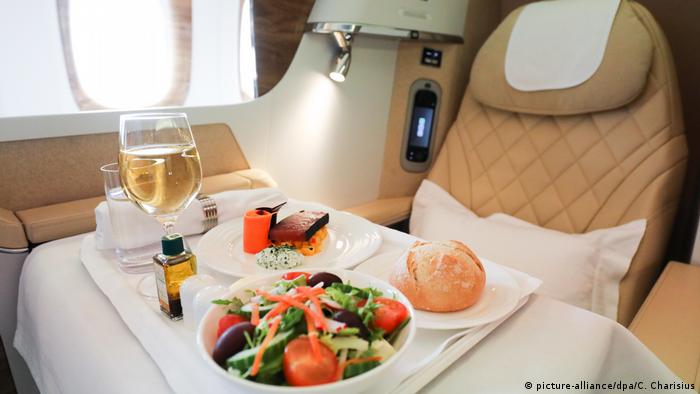 From bad to not so bad

Overall, for September, the latest month with full data, total demand for passenger air travel was down 53.4% compared with September 2019. It was an improvement on August, but nothing like pre-pandemic growth.

Splitting the numbers, international passenger traffic in September was down 69%. Domestic passenger numbers were better, but still down 24% in the same time.

"But generally domestic markets are performing well, again reinforcing our view that once the travel restrictions are removed, we do see strong passenger demand," IATA's boss Willie Walsh said at a November 3 press conference.

This year he expects 2.3 billion passengers and 3.4 billion next year, well below 2019's 4.5 billion. Yet despite this uptick, he admitted that a sudden rebound is unlikely. "It will take time to recover. Nonetheless, the trends are positive," he added.

How fast airlines and manufacturers get back on their feet depends on multiple and mostly unpredictable factors: rising fuel costs, fewer business flights, or a fourth or even fifth wave of COVID-19 with more travel restrictions. In the end, passengers will decide when and how they want to travel to visit family or do business. Airlines can only hope to quickly fill as many seats as possible, which will give them a reason to buy more new planes.

Highflier for the mobility of the future

The row — one of the longest-running in WTO history — saw the trans-Atlantic allies impose billions of dollars in tariffs. The deal eases a major point of tension between Brussels and Washington, for now.

German businesses glad US entry ban is over

The 20-month US entry ban due to COVID-19 is finally a thing of the past. German companies are happy to return to business as usual.

EU and US agree truce over aircraft subsidies