German businesses glad US entry ban is over | Business | Economy and finance news from a German perspective | DW | 08.11.2021

German businesses glad US entry ban is over

The 20-month US entry ban due to COVID-19 is finally a thing of the past. German companies are happy to return to business as usual. 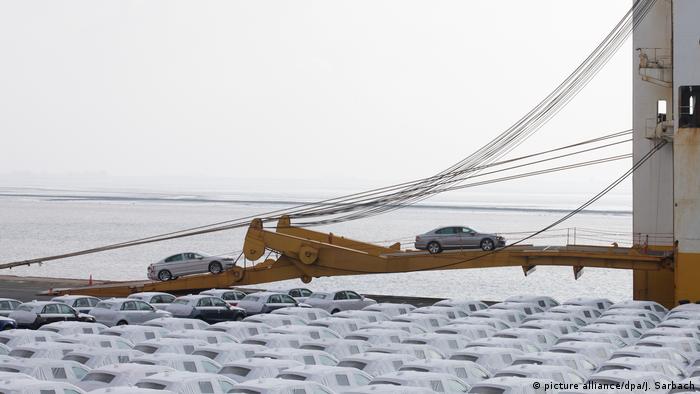 As of November 11, 2021, fully vaccinated and tested EU citizens can travel to the US again after more than 1 1/2 years. The United States has finally ended its COVID-induced entry ban.

German corporate leaders are breathing a sigh of relief, according to Volker Treier, foreign trade expert at the Association of German Chambers of Industry and Commerce (DIHK). "This is because for German businesses, the US is their top investment location, a crucial export market and the third-largest trading partner," Treier told DW.

When technicians, engineers and others were unable to travel to the US, important contracts could not be signed, Treier added. "Our most recent surveys show 73% of German firms operating in North America have been affected by travel restrictions as well as by supply bottlenecks as a result of the coronavirus crisis."

Some 35% of German firms active in the US say they have had to cut or postpone investments there in 2021 as a result of the entry ban and the COVID situation. Treier said he's confident that the full potential of US-German trade relations can be tapped again now that the travel ban is lifted.

US entry ban holding up businesses

The DIHK said there are currently over 5,500 German firms with subsidiaries in the US, creating almost 900,000 jobs and a combined annual turnover of some $532 billion (€461 billion).

The US-German annual trade volume is estimated to be €171.5 billion, and German exports account for €103.8 billion. More than 8% of all German shipments abroad are destined for the US market, especially products for key industries such as the automotive, chemical, electronics and engineering sectors.

Experts say German companies incurred double-digit-billion losses through the US entry ban. "Finally, US entry restrictions are being eased, meaning that business trips between Germany and the US are back to normal," said Ulrich Ackermann of the German Mechanical Engineering Industry Association (VDMA). He said the entry stop had kept many engineering companies from operating in the US market the way they were used to. Company representatives, he added, were not even allowed to visit their own subsidiaries or take part in important trade fairs in the US.

Wolfgang Niedermark from the Federation of German Industry (BDI) told the AFP news agency that doing away with the entry ban would hopefully put an end to delays in production and delivery. He said it would be in the interest of both the US and Germany to reduce the delivery backlog as soon as possible and catch up with required investments with a view to returning to pre-pandemic growth.

With 8.6% of all German exports headed for the US, the latter remains Germany's most important sales market just ahead of China, which receives 8% of German shipments abroad, according to figures by the German Economy Ministry. In 2020, the largest proportion of German imports (11.4%) came from China, with the US in third position (6.6%) behind the Netherlands.

With the lifting of the US entry ban, airlines are also hoping for a considerable increase in business travel and tourism. The North American market is of tremendous importance for Germany's Lufthansa and its competitors.