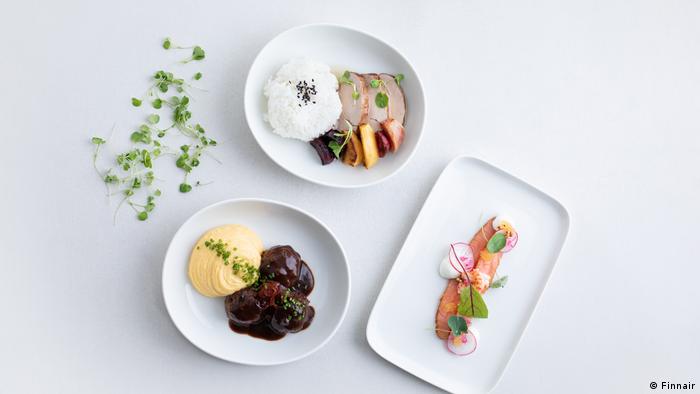 The Finnish carrier said on Tuesday that it is determined to bring "high quality" food to customers in its pilot scheme: the "Taste of Finnair." With Nordic-Japanese fusion as its culinary concept, dishes include reindeer meatballs, Arctic char and teriyaki beef. One meal would cost about $12 (€10), Finnair Kitchen said.

Meals will initially be available in one store, K-Citymarket Tammisto in Vantaa, just outside of Helsinki. The airline then hopes to eventually sell the meals in a number of other stores across the country.

"We want to offer the opportunity for a Finnair experience and everyday luxury at home, now that travel has been restricted in many ways," said Finnair Kitchen Vice President Marika Nieminen.

"At the same time, it keeps our chefs employed in Vantaa when most of Finnair Kitchen's employees have been laid off. We can bring work and employment to our employees through a new experiment," she said.

The coronavirus pandemic has forced airlines around the world to suspend most of their flights.  For the Finnish carrier it has been no exception. Finnair temporarily laid off a large part of its 7,000 workforce, and flight traffic was down 91% in September from the previous year, according to Nieminen.

But Finnair seems to have found a silver lining.  An estimated 60% of Finland's local work force started working from home also due to the pandemic, triggering a boom in takeaway food sales.

"We are excited when we can make familiar flavors easily available to people in the grocery store,"  said Juha Stenholm, head of product development at Finnair Kitchen.

"I think everyone has a bit of wanderlust these days and we can now satisfy that need a bit," he told Finnish newspaper Ilta-Sanomat. However, Sivonen said meals have been modified to have less salt and spices than those typically given up in the air, where people's sense of taste is reduced by high altitude.