Coronavirus crisis: Airlines make it difficult to get refunds for canceled flights  | Business| Economy and finance news from a German perspective | DW | 12.08.2020 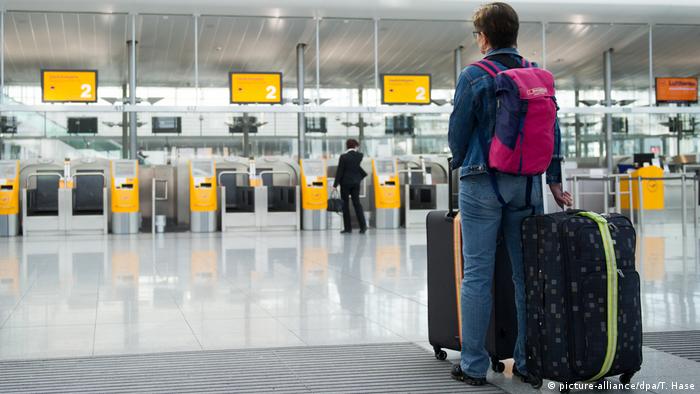 The Kliese family wanted to go to Thailand on vacation at the end of July. Months earlier, family father Manuel booked the flights with Swiss, a subsidiary completely owned by Lufthansa. He used the online booking website Opodo and the tickets from Düsseldorf via Zurich to Bangkok and back cost €2,300 ($2,700).

Up to that point the frequent flyer had been a fan of flight booking portals. "You can combine flights from several airlines, which is often not available on the airlines' own websites. In addition, the market transparency is greater," says Kliese. Shortly before the planned trip, the flights were canceled by Swiss — not unusual in COVID-19 times.

At that point the Klieses preferred not to travel at all and instead wanted their money back, which meant they joined millions of other would-be travelers worldwide who are trying to get a refund.

It would seem like a clear case with justified claims against airlines or travel agents. The airline canceled the flights, therefore the service was not provided, so they should give the money back. European Union law even says that the money must be refunded within seven days to the stranded passenger. But by now this has become a farce and in reality is not happening anywhere.

The airline industry was simply overwhelmed by the coronavirus crisis and brought to the brink of collapse. In many cases, governments had to step in, as in Germany with Lufthansa.

And now this case is making headlines again because the German government is now co-owner of the airline. The government has made it clear that it will not tolerate procrastination tactics where repayments are due.

Can the tourism sector ever recover?

Can the tourism sector ever recover?

"There is money for reimbursements and every legitimate claim will be paid," Lufthansa board member Harry Hohmeister promised in July.

But at the beginning of August Lufthansa had to admit to the Federal Aviation Office that 1.24 of the 4.48 million reimbursement applications that had accumulated since March had not yet been processed. Even before this disclosure the agency had been threatening the airline with fines.

Lufthansa boss Carsten Spohr recently stated that the total amount of reimbursements for his company will be €3 billion.

At Eurowings around half of the 378,000 applications for refunds are still unprocessed.

How are online bookings stacking up?

"I feel deliberately fooled by Opodo and I suspect it's part of a system," says Kliese. "The portal only refers to the booking page, where only rebooking or vouchers are offered. But no reimbursement," even though customers are entitled to reimbursement under European law.

However, to enforce this with Opodo is practically impossible, especially when its German branch has a Spanish address. "We couldn't get through by phone, there was an announcement in the waiting loop that said 'the airlines do not allow reimbursement'," recalls Kliese.

Additionally, there was no response to emails sent to the address given. The attempt to send a letter by registered mail with acknowledgment of receipt also failed since Opodo refused to accept it. 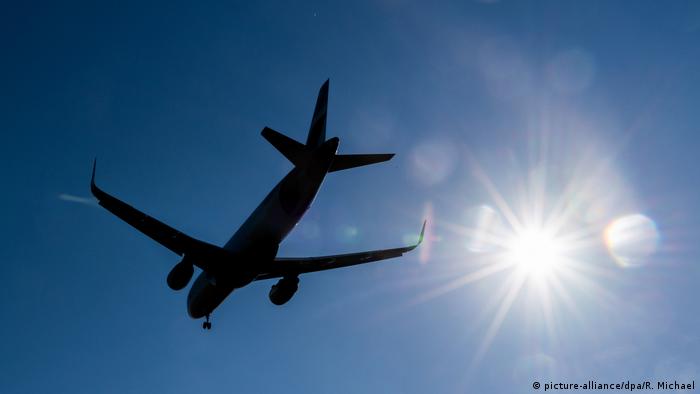 At Lufthansa, 1.24 million reimbursement applications that have accumulated since March have not been processed

From a legal point of view, the situation is actually clear: "Basically and solely, the airline is liable, the portal is only an agent," says Ronald Schmid, a travel lawyer and spokesman for the passenger rights website Fairplane.

Going directly to the airlines for help

Manuel Kliese also turned directly to Swiss for help — something that rarely works. "The airlines have often played dead," observes Michael Buller from VIR, an association for online travel providers. Opodo is not a member.

Not surprisingly, Swiss, completely rebuffed Kliese. "You have signed a contract with Opodo and not with Swiss, so your sole contact for a refund is Opodo," wrote a Swiss employee, adding "your lawyer will certainly be able to confirm this." Then she concluded: "This is our final statement and we herewith close the case."

"This is a wicked game that is being played. The airlines' tactic is to scare people off, wear them down and make them insecure," says Ronald Schmid who has been a professor of travel law for decades. Swiss obviously feels safe and is trying to get out of its obligations. 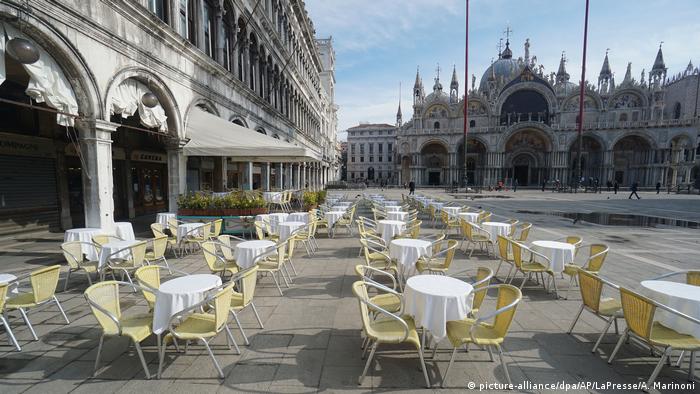 "They know that it is difficult to file a lawsuit in Switzerland, and the European Court of Justice has not yet decided whether EU law also applies in the case of flights from Switzerland to non-EU countries." For Swiss this limbo is perfect, according to Schmid.

Going after the airlines with lawyers

Kliese turned to his insurance that covers legal expenses, which many Germans have. They in turn work with the passenger rights portal Flightright, which normally collects compensation for flight delays in return for a commission since even in normal times airlines are often behind in payment despite clear EU rules.

"The airlines' reference to the portals is wrong," says Philipp Kadelbach, legal expert and head of Flightright. His insight from dealing with the airlines: "Many airlines see a lawsuit as a filter — whoever files a complaint gets their money, others get nothing."

Kadelbach has already won several thousand lawsuits against airlines, and he says that Eurowings has just transferred over €1 million in reimbursement to Flightright to be passed on to clients who were grounded.

The portal receives a commission of between 14-28% when they win cases. Flightright has had the best experiences with EasyJet. "They are the best-paying airline of all, but things are going very badly with Lufthansa, KLM, Turkish Airlines, Ryanair and Austrian Airlines."

With Swiss it is "extremely bad. They work with pretty bad tricks," says Kadelbach. In his estimation around 70%-80% of all those affected have not yet actively fought for their rights. "They are waiting and trust they will receive fair treatment for the reimbursements to which they are entitled. But in a month or two there could be a wave of angry citizens," fears the Flightright boss. Meanwhile, Manuel Kliese is vacationing in Germany with his family.

German court: Compensation for flight delays or cancellations has limits

Germany's highest civil court has said travelers cannot double up on compensation under EU and German law. The exact meaning of an EU law on passengers' rights has been contested several times in German courts.