The airline, which is based at Frankfurt Airport, was hit hard by the lack of travelers last year. The German government had previously stepped in to bail out the carrier. 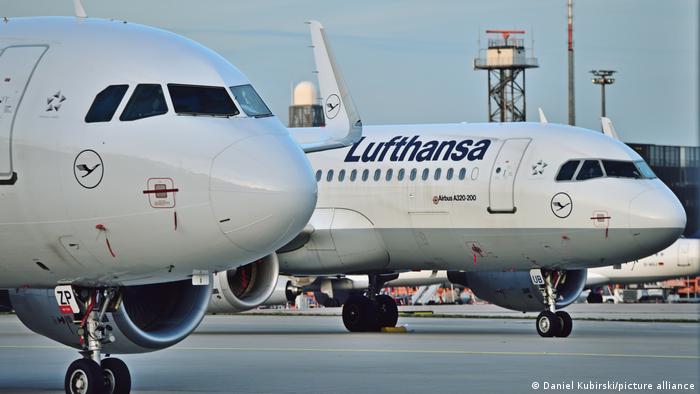 Cargo and business flyers made up the bulk of Lufthansa's profits in the third quarter, with leisure travel still well short of pre-pandemic levels

German airline Lufthansa registered its first quarterly profit on Wednesday since the beginning of the coronavirus pandemic.

What did Lufthansa say about the profit?

"With rising demand for business travel and a record result of Lufthansa Cargo, we have mastered another milestone on our way out of the crisis: we are back to black," Lufthansa Chairman and CEO Carsten Spohr said in a statement. "We confirm our leading position among the world's largest airline groups."

The carrier recorded an operating profit of €17 million (roughly $19.7 million) in the third quarter of this year. The company's revenues nearly doubled from July through September, compared to the same period last year when international travel restrictions were particularly widespread.

The company said people's desire to travel and the easing of coronavirus-related restrictions led to higher demand for flying.

Lufthansa intends to widen its passenger flight offerings in 2022 to about 70% of pre-pandemic levels.

The profits come after the airline was rescued by the German government last year.

Lufthansa received a €9 billion ($10.4 billion) bailout in May 2020 from the German government as the pandemic caused the airline to post massive losses. The German government gained a 20% stake in the company as part of the deal. The airline says it intends to repay the government loans in full and buy back its stock, a process that has already begun.

Lufthansa, which was founded in 1953, also owns Austrian Airlines, Swiss International Air Lines, Brussels Airlines and low-cost carrier Eurowings. It is the second largest carrier in Europe in terms of passengers carried.

The company's main hub is Frankfurt Airport, but Lufthansa's corporate offices are in the western German city of Cologne.