The past 10 years have seen an increasing number of people in Germany at risk of falling below the poverty line. In one large city, nearly a quarter of residents fall into this category. 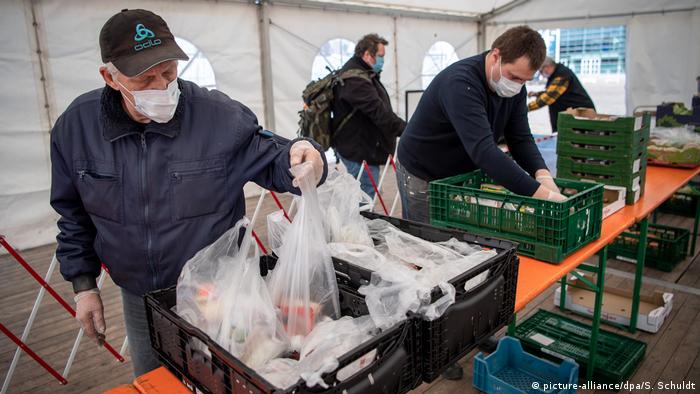 The number of people at risk of falling into poverty in Germany has risen in all the country's western states and Berlin over the past decade, according to government figures released on Thursday.

In total, 15.9% of Germany's population is at risk of falling below the poverty threshold — up from 15.5% the year before, the Federal Statistical Office found.

The government classifies someone as being at risk of falling into poverty if their income is less than 60% of the average. In 2019, this was calculated as less than €1,074 ($1,271) each month.

Read more: 1 in 5 children in Germany grow up in poverty

The outlook for people in the at-risk category could be set to worsen, after 6.7 million people were furloughed and thousands lost jobs during the coronavirus pandemic.

A decade of rising poverty

The northern city of Bremen reported the largest percentage of people at risk of poverty at 24.9%. This was a ten-year increase from 20.1% of its population.

Germany's most populous state, North Rhine-Westphalia, saw the percentage of those in the at-risk group grow from 15.2% in 2009 to 18.5% last year.

The southern states of Bavaria and Baden-Württemberg had the lowest rates, at 11.9% and 12.3%. Nevertheless, this represented an increase as well.

States formerly belonging to Communist East Germany showed slight decreases in at-risk poverty levels overall in the past decade, with only Berlin bucking the trend.

Mecklenburg-Western Pomerania showed the greatest reduction, from 23.1% down to 19.4%.