The headquarters of the German luxury auto brand was raided twice as investigators probed underreported tax filings, a German newspaper writes. Among issues raised was the use of the company jet for private matters. 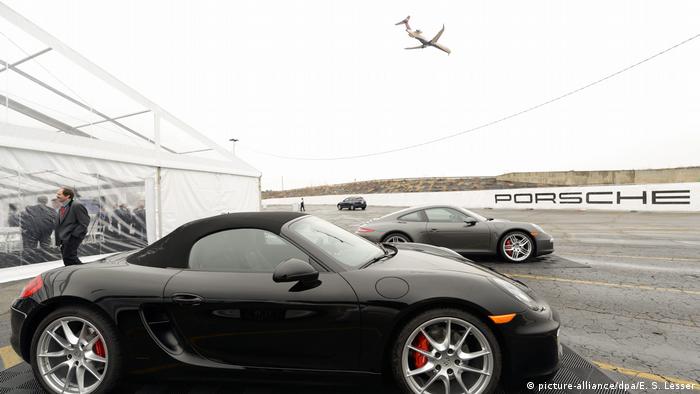 Volkswagen's Porsche unit on Sunday admitted it made mistakes in income tax declarations worth millions of euros.

The newspaper Bild am Sonntag reported that the company paid too little tax on salaries paid to its semi-retired employees between 2009 and 2017. It said the carmaker's head office was searched on two occasions and files were seized.

At the time, the Stuttgart-headquartered firm was dealing with the fallout of the Dieselgate scandal, which saw several German carmakers install software to cheat regulatory emissions tests.

Bild said the expenses were deemed not to be business-related and were then taxed retrospectively.

A spokesman for the luxury automaker admitted that the tax office in Stuttgart had launched an external audit in June 2017 and that the company's premises were searched by authorities a year later.

Porsche admitted that the company had made a miscalculation over several years. The missing tax has already been paid to German tax authorities, the spokesman said. Bild said the owed tax amounted to €10 million ($11.4 million).

"All documents have been readily made available, and we fully cooperated with the investigating authorities," he added.

The outstanding taxes were processed, filed and paid in 2016 and 2017.

According to Bild, there are several outstanding issues, including claims for corporate events that the company has to prove were official business expenses.

Present it! The Porsche 911 Carrera 4S

Chief Executive Oliver Blume has said the sports carmaker will focus on petrol/gasoline, hybrid and all-electric vehicles. Porsche and its parent Volkswagen have seen their image take a beating in the wake of Dieselgate. (23.09.2018)

German police have taken Porsche manager Jörg Kerner into custody, amid concerns that he could flee the country. The emissions scandal has spread from Volkswagen's core VW division to many other brands. (20.04.2018)

The Federal Transport Authority is seeking a recall of 19,000 SUVs in Germany after discovering the luxury vehicles emitted excessive pollutants due to cheating software. Other countries are expected to follow suit. (18.05.2018)