Pope Francis has told young people that populism starts by sowing hate. He noted Hitler and Nazi Germany rose to power through the use of populism. 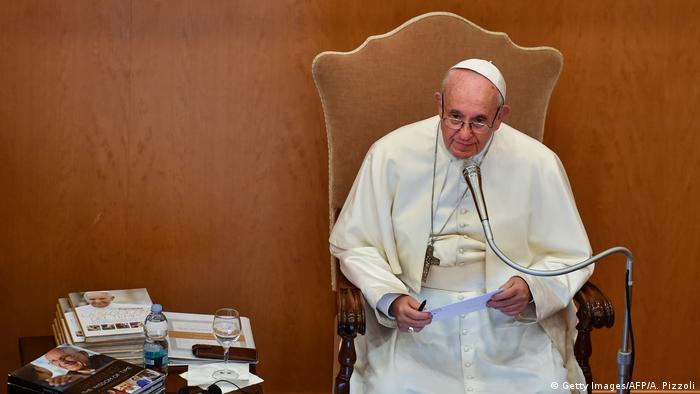 Pope Francis appealed for more tolerance and decried the rise of populism during a speech at a book launch at the Vatican on Tuesday.

He said there should be more efforts to teach young people about the history of World War One and World War Two, "so that they do not fall into the same mistake and know how populism spreads."

"It is important that young people should know how populism is born. I think of Hitler last century, who had promised the development of Germany. That we know how populism starts: by sowing hate. You can't live sowing hate," Francis warned, according to Italian news agency ANSA.

Francis' remarks on populism came after an elderly woman at the event told Francis that she teaches Italian to migrants and that she is worried about the growing sentiment against refugees, German news agency DPA reported.

Francis added that the Bible teaches that people should welcome refugees, but said that national governments have the right to set limits on immigration.

"This is why it is important for all of Europe to strike a deal on this problem," Francis said, noting that countries like Italy, Spain and Greece shouldn't be left with a larger share of refugees than other European Union member states.

Last year, Francis also drew parallels between current populist movements in Europe and the political climate in the 1930s that aided Hitler's rise to power in Germany.

The Vatican event was to launch a book about the wisdom of the older generation and offered young and elderly audience members the chance to pose questions to the pontiff. US director Martin Scorsese was also present at the event.