Pope draws parallels between populism in Europe and rise of Hitler

Pope Francis has warned against the rise of populist movements in Europe, saying it could lead to the election of "saviors" like Hitler. The pope also said that it was too early to pass judgment on Trump. 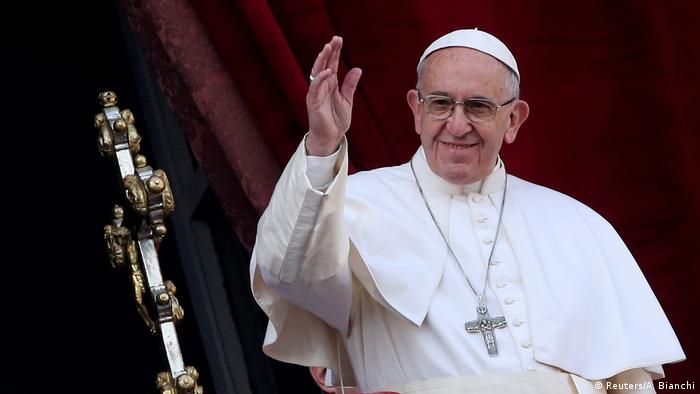 An annual human rights report that typically focuses on abuses in developing countries has taken aim at the rise of populist movements in developed countries. (13.01.2017)

In an interview published Sunday, Pope Francis cautioned Europeans against the lure of populism, saying they should avoid repeating the same mistakes made in the 1930s to solve economic and political crises, which led to World War II.

The hour-long interview, published in the Spanish newspaper "El Pais," was conducted as Donald Trump was being sworn in as the new US president.

When asked about populist-style political leaders emerging in Europe, Pope Francis said that in times of crisis, people "we look for a savior to give us back identity, and we defend ourselves with walls, barbed-wire fences, from other peoples."

He gave the example of the unrest in Germany the 1930s that led to Hitler's rise to power.

"Germany... was looking for a leader, someone who would give her back her identity and there was a little man named Adolf Hitler who said 'I can do it'," the Francis told "El Pais."

"Hitler did not steal power," the pope emphasized. "He was elected by his people and then he destroyed his people."

When asked his opinion on the newly inaugurated US leader, Francis said he will wait to form an opinion of Trump and see which policies he would implement.

"We will see how he acts, what he does, and then I will have an opinion. But being afraid or rejoicing beforehand because of something that might happen is, in my view, quite unwise," Francis said.