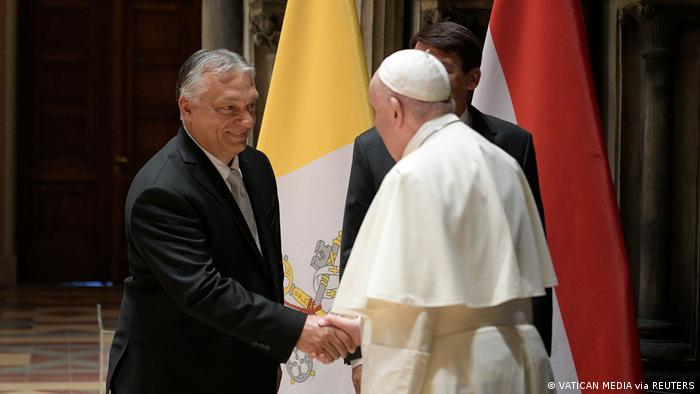 Pope Francis is in the Hungarian capital on Sunday to celebrate the closing Mass of an international conference on the Eucharist and meet with anti-migration Prime Minister Viktor Orban before traveling on to Slovakia.

The pope opened a four-day trip to central Europe with a seven-hour stop in Budapest before arriving in the Slovak capital of Bratislava.

In Slovakia, Pope Francis is scheduled to meet with Holocaust survivors and members of the Roma community.

Pope Francis was greeted with the bells tolling from all 2,627 of Slovakia's Catholic churches at the precise moment his plane touched down. It is the first visit of any pope to Slovakia in 18 years.

At an ecumenical meeting, the pontiff asked for a stronger sense of community and healing of divisions in the Slovakian capital Bratislava.

"How else can we hope for a Europe that rediscovers its Christian roots when we are the first to miss the original full communion?" he asked.

The pontiff argued that people needed to get over their divisions so that Europe could return to the faith.

He is set to visit a housing estate in Kosice where thousands of Roma live in desperately poor conditions.

Finally, Pope Francis is planning to make a stop in the city of Presov, which has existed continuously since the eighth century, at the end of his visit to Slovakia.

Pope Francis told tens of thousands of people at Heroes' Square in the Hungarian capital, Budapest, to be "grounded and open, rooted and respectful."

He used his stop in Budapest to highlight that openness to outsiders is a Christian value.

"The cross, planted in the ground, not only invites us to be well-rooted: It also raises and extends its arms towards everyone," Francis said. 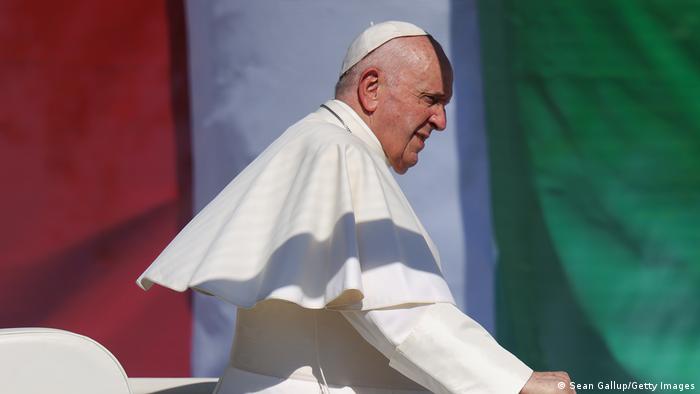 Pope Francis told around 75,000 people he wanted them to be 'open and respectful'

He also met with Jewish leaders in the Hungarian capital. He told them that antisemitism "is a fuse that has to be put out."

The Vatican has said Francis was only invited to Hungary to celebrate Mass and not make a proper state visit.

Francis and Orban disagree on various issues, particularly migration. Francis has criticized what he called "national populism" fueled by governments like Orban's — the self-styled defender of so-called Christian civilization in Europe.

Orban has set up border fences and detention camps for asylum seekers.

The pontiff, meanwhile, has urged governments to welcome and integrate as many migrants as they can, in an approach he has called eminently Christian. His approach has alienated many members of the Christian community, particularly within the ranks of traditionalist Catholics.

"The majority of Hungarians say the same thing: We should not bring the problem to Europe, but should help out where the problem is instead," said Father Kornel Fabry, secretary-general of the International Eucharistic Congress, a Catholic body. 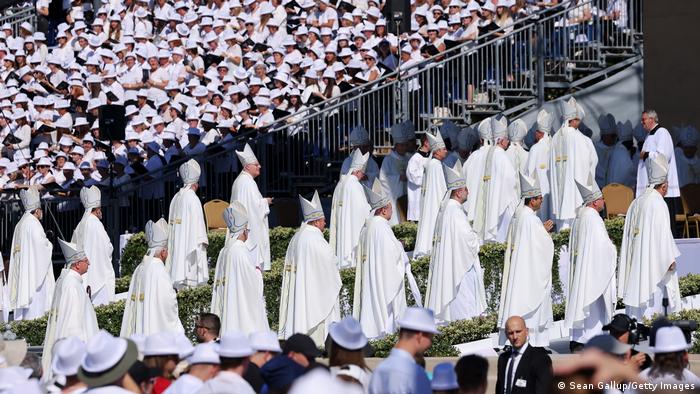 A 2018 survey by the Pew Research Center found only 14% of Hungarians said religion was an important part of their lives, and 17% said they attend religious services at least monthly.

The pope and Orban do not disagree on everything. Both Orban and the Roman Catholic Church have come under fire for recent policies seen as targeting the rights of LGBTQ people.

In July, the European Union's executive branch launched two separate legal proceedings against Hungary's government over what it called violations of LGBTQ rights.

The European Court of Justice has ruled that Hungary's restrictive asylum-seeker policies violated EU law. The court said the 2015 migration crisis did not justify the country's decision to override EU rules.