The 50-year-old US professor had been assaulted in a park and was then tackled and hit by police while chasing the 20-year-old who attacked him. Police apologized for the case of mistaken identity. 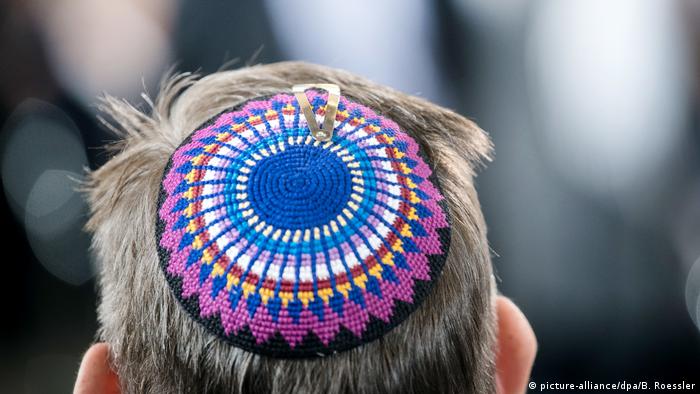 Police in the German city of Bonn have apologized to a Jewish-American philosophy professor for a case of mistaken identity related to an anti-Semitic attack on Wednesday. Police say the 50-year-old academic was initially approached by a 20-year-old German of Palestinian descent who knocked the yarmulke off his head, shoved him and yelled: "No Jews in Germany!"

The young man fled when a person accompanying the professor called the police. The professor then gave chase and failed to stop when police quickly arrived at the scene and ordered him to do so. The police then suspected he was the perpetrator, rather than the victim, at which point they tackled him and pinned him to the ground. When he resisted police, he was hit in the face.

It was only after the witness who called the police explained the case of mistaken identity that the officers successfully apprehended the suspected attacker. Police say the suspect was known to them for having committed violent acts in the past, as well as being involved in other drug-related offenses. Authorities say the man was also under the influence of drugs at the time Wednesday's attack took place. He was taken to a psychiatric clinic for evaluation after his arrest.

Bonn Police Chief Ursula Brohl-Sowa met with the professor Thursday to express her regret over the confusion and to apologize for the actions of the officers. North Rhine-Westphalian State Interior Minister Herbert Reul also contacted the man by telephone to offer his own apologies.

Reul was quoted as calling the original attack on the professor "disgusting," adding: "We will not allow Jews to be persecuted once again in Germany."

A rise in openly anti-Semitic attacks in Germany has caused outrage across the country. The Bonn incident is just the latest in a series of attacks on people wearing Jewish religious symbols in public.

'Every form of anti-Semitism in Germany will be punished immediately'

Speaking with the regional newspaper Rheinische Post, German Anti-Semitism Commissioner Felix Klein said it was important to investigate the attack as quickly as possible: "We must show that any and every form of anti-Semitism in Germany will be punished immediately."

The actions of the officers involved in the mishap will be investigated in a disciplinary review. In the interests of neutrality, police said that this would be conducted by the nearby Cologne police department.

Prices are rising in Germany. And as they do, more Germans are turning to their local pawnbroker to make ends meet. One small-town pawnbroker predicts that business is only going to get better.