General Piotr Pytel has been accused of illegally striking a deal with Russian security services for the passage of Polish NATO troops back home from Afghanistan. Poland's opposition has decried the move as political. 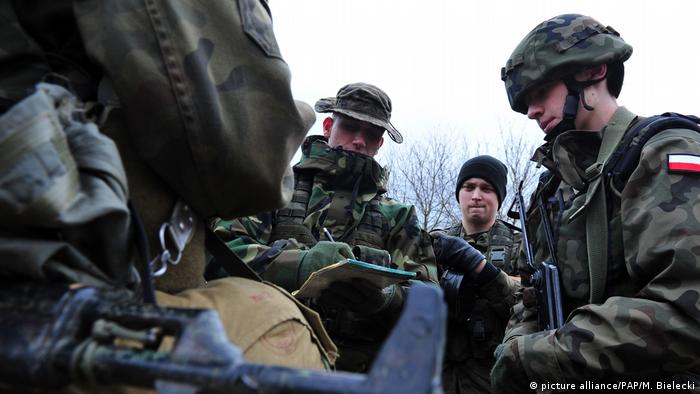 The case relates back to a agreement struck by Poland and NATO with Russian military intelligence in 2010, which allowed for the safe passage of Polish troops back home from Afghanistan through Russia.

General Piotr Pytel was accused by Polish authorities earlier this year, along with his predecessor Janusz Nosek, of overstepping his duties by signing the cooperation pact with Russia.

The opposition quickly denounced Pytel's detention as politically motivated.  The former military intelligence head has been a vocal critic of Defense Minister Antoni Macierewicz and the governing conservative Law and Justice (PiS) party, accusing them having done damage to the Polish army since coming to power in 2015.

Marcin Kierwinski, a lawmaker from the opposition liberal Civic Platform (PO)said Pytel's detention is "Macierewicz's private war against those who have the courage to show what kind of man he is."

The PO party has called for Macierewicz to be dismissed.

Pytel and Nosek have the backing of European Council President Donald Tusk, a former prime minister of Poland from the PO party and arch-rival of powerful PiS leader Jaroslaw Kaczynski.

Tusk himself was questioned in the case last year.

Following news of Pytel's arrest, Tusk wrote on his personal Twitter account on Wednesday: "I am proud of having been able to work with Generals Pytel and Nosek while I was prime minister. They were and continue to be a shining example of responsibility, patriotism and honor."