A planned home for asylum applicants has burned down in the Germany state of Saxony. Police reported that onlookers cheered as the building burned and prevented the fire brigade from doing its work. 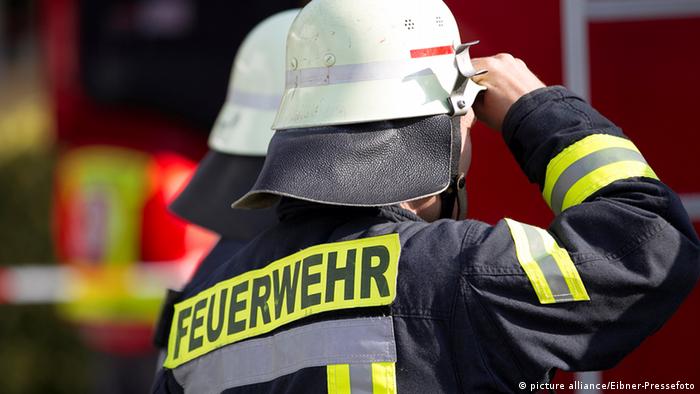 A building meant to house refugees in Bautzen in Saxony caught fire on Saturday night, local officials said. The structure, known as the Husarenhof, was originally a hotel and was being modified to shelter asylum applicants.

No one was hurt.

Local police said they were still searching for reasons as to why the fire broke out. The criminal investigation department and a group specializing in right-wing crime were looking at possible motives, police said.

Officials also reported that locals in Bautzen cheered as the building burned. "Some people reacted to the arson with derogatory comments and undisguised joy," police said in a statement. Some onlookers were under the influence of alcohol, they added.

Several people present at the scene hindered firefighters from carrying out their work. Three people were expelled from the area and two were taken into police custody after they did not heed warnings, officials said.

The incident in Bautzen comes shortly after a mob shouting anti-migrant slogans blocked a bus full of refugees in Clausnitz, also in Saxony. Saxony's chief minister, Stanislaw Tillich, condemned the incidents in the two towns as "disgusting and hateful."

Nearly 1 million people have applied for asylum seekers fleeing conflict and poverty in Africa and Asia arrived in the country last year. Public response has been largely positive, but possible migrant involvement in cases of sexual assault and a perceived threat to German culture has spurred resentment in some quarters.

There were more than 1,000 arson attacks on planned and completed refugee shelters across Germany in 2015.

Police in the German state of Saxony are facing demands from opposition politicians to explain their handling of an anti-migrant incident. On Thursday, a mob delayed the arrival of refugees at a new hostel. (20.02.2016)

Preliminary figures have shown that right-wing violence in Germany almost doubled in 2015, compared to 2014. Politicians and activists say the numbers will continue to rise - and 2016 isn't off to a good start. (11.02.2016)