A parliamentary committee looking into the sexual assaults in Cologne on New Year's Eve has met for the first time. Discussions started as police launched an investigation into the alleged sexual assault of 70 refugees. 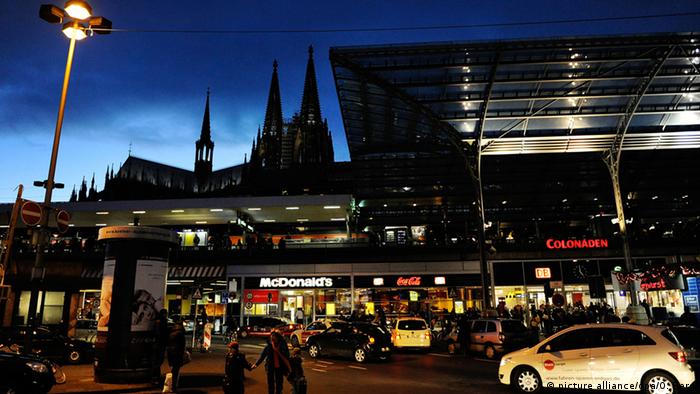 The state parliamentary panel met on Thursday for the first time in Düsseldorf, the state capital of North Rhine-Westphalia.

The committee's aim is to clarify why in the early hours of New Year's day, police at Cologne Central Station were unable prevent sexual assaults on hundreds of women. The committee will also account for the action plan and political responsibilities, as well as the general security situation.

Committee chairman Peter Biesenbach has invited several witnesses to provide the panel with evidence, some of whom could be called as early as the first meeting.

Following the conference, which will take place behind closed doors, the politician is due to report on the committee's initial steps and plans.

The New Year's Eve assaults sparked outage across Germany, resulting in the removal of Cologne's police chief and leading to a heated debate about the integration of asylum-seekers.

Most of the attackers accused of 446 allegations of sexual assault and three instances of rape in Cologne had been described as being of Arab or North African origin. Later reports have shown that three refugees were among the men accused of sexual abuse crimes in Cologne. Prosecuters said a total of 1,092 charges were filed in connection with New Year's Eve in Cologne.

Reports of attacks on refugees

As the committee meeting got underway on Thursday, Cologne police said they were launching investigations into allegations of sexual harassment by security guards against as women at an emergency accommodation in the city's eastern district of Poll.

As many as 70 female refugees have signed two open letters to the Ministry for Migration and Refugees (BAMF), claiming that they were sexually harassed and neglected by security personnel in charge of the refugee shelter where they lived.

Local newspaper "Kölner Stadtanzeiger" reported that one of the letters accused security personnel of making lewd remarks to women and photographing and filming them in the shower and while breastfeeding.

The second letter reportedly calls for the quicker processing of their asylum requests, the immediate removal of the security personnel in question and an improvement of the living conditions at the accommodation.

The Federal Criminal Police Agency says crimes committed by asylum-seekers have not risen significantly in proportion to the number of refugees. Sexual offenses accounted for 1 percent of refugee-related crimes. (17.02.2016)

Loaded with medical supplies on the way to the Polish-Ukrainian border, loaded with refugees on the way back. More than 300 pilots from around the world have joined the private humanitarian mission "Ukraine Air Rescue."