Police in the German state of Saxony are facing demands from opposition politicians to explain their handling of an anti-migrant incident. On Thursday, a mob delayed the arrival of refugees at a new hostel. 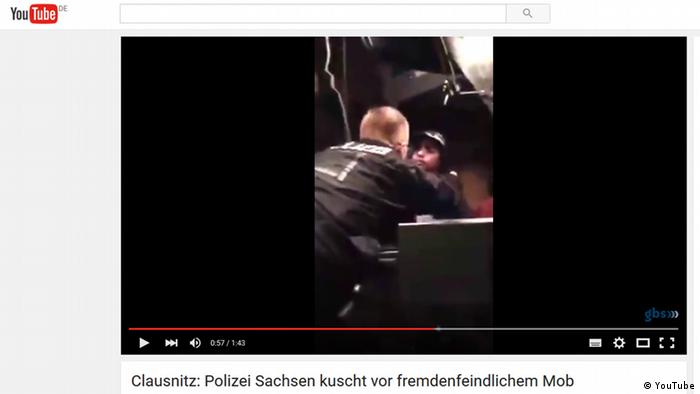 Greens federal parliamentarian Irene Mihalic said video footage indicated that police had been "absolutely overwhelmed" as a hundred demonstrators tried to block the refugees' arrival in Clausnitz, a town near the Czech border. 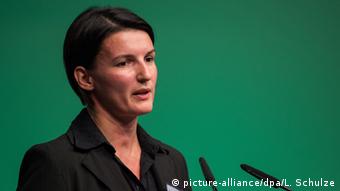 The question must be clarified, "whether and how the extreme right-wing scene had mobilized [protestors] for this demonstration of hate," Mihalic said, adding police and intelligence service officials should report to the interior committee of the federal parliament next Wednesday.

Regional police chief Uwe Reissmann on Saturday said he saw no "consequences whatsoever" over the handling of the incident by a combined unit of between 20 and 30 officers belonging to Saxony state and Germany's federal police.

Reissmann said the use by officers of "simply direct force" on three migrants, including a 14-year-old boy, who was dragged from the bus, had been "absolutely necessary" and "proportionate" during the migrants' transfer into the shelter. He admitted that police had been outnumbered. 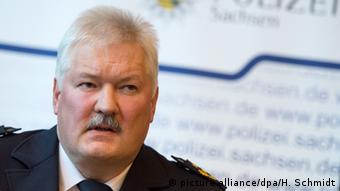 He said some bus occupants had made provocative gestures. Reissmann added that police were following up 14 charges, including breach of assembly rules and use of duress. He confirmed that the majority of the 100 demonstrators who confronted the refugees were locals from Clausnitz, a town in the Erzgebirge (Ore Mountains) in Saxony.

A solidarity rally in Clausnitz later on Saturday in support of the refugees passed off "without incident," police said. One hundred supporters had taken part.

On Thursday evening, anti-migrant demonstrators first blocked the bus using three cars, and then yelled xenophobic slogans for two hours until it reached the hostel. The video footage showed migrants, including children, anxious and crying inside the bus.

The German news agency DPA said it had been told by the refugees that they were from Iran, Syria and Lebanon, and had previously been accommodated in Dresden and Chemnitz, another Saxon city, some 40 kilometers (25 miles) from Clausnitz. 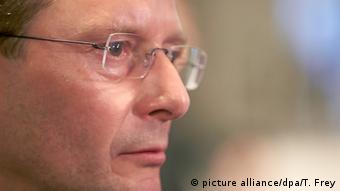 Saxony's Interior Minister Markus Ulbig said he could "only condemn" the demonstrators' actions, adding that "the pictures speak their language."

Ulbig, who belongs to Chancellor Angela Merkel's Christian Democrats (CDU), said his ministry based in Dresden - north of Clausnitz - was analyzing the incident.

Thursday evening's incident was reminiscent of August last year, when a large mob tried to prevent the arrival of refugees in Heidenau, near Dresden.

Nadia Khalaf, the deputy chairwomen of a pro-migration network within Germany's Social Democrats (SPD), said police handling of young refugees in Clausnitz amounted to a breach of the UN Convention on the Rights of the Child.

"State exercise of violence against traumatized children is not tolerable," she said.

Questions on use of force

The Greens' parliamentary leader in the federal Bundestag, Katrin Göring-Eckardt, asked on Saturday "whether Saxony's regional government is not in the process of losing its [state] monopoly over the use of force?"

She said "even worse" were recent statements by the premier of the neighboring state of Bavaria, Horst Seehofer, and associates within his Christian Social Union (CSU) that had made the mob "feel encouraged." 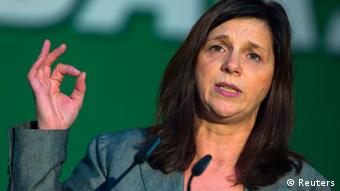 The Greens' parliamentary leader in the federal Bundestag, Katrin Göring-Eckardt

"The irresponsible anxiety-making by individual Union [CSU) politicians creates the situation against which they then warn," Göring-Eckardt said.

The Social Democrat's regional youth wing declared Saturday that Saxony had a "homemade" racism problem and demanded that politicians did not "surf" on the formation of public opinion using bar-room slogans.

The head of the opposition Left Party in Saxony's assembly in Dresden, Rico Gebhardt, said: "I can only describe people who block buses and scream at children, women and men as racists."

He also demanded inquiries into claims that the director of Clausnitz's hostel for asylum seekers was a member of the anti-mass-immigration Alternative for Germany (AfD) party, as reported by German public ZDF television.